The Command of the Airborne Assault Troops of the Armed Forces of Ukraine said they destroyed the Russian unit. 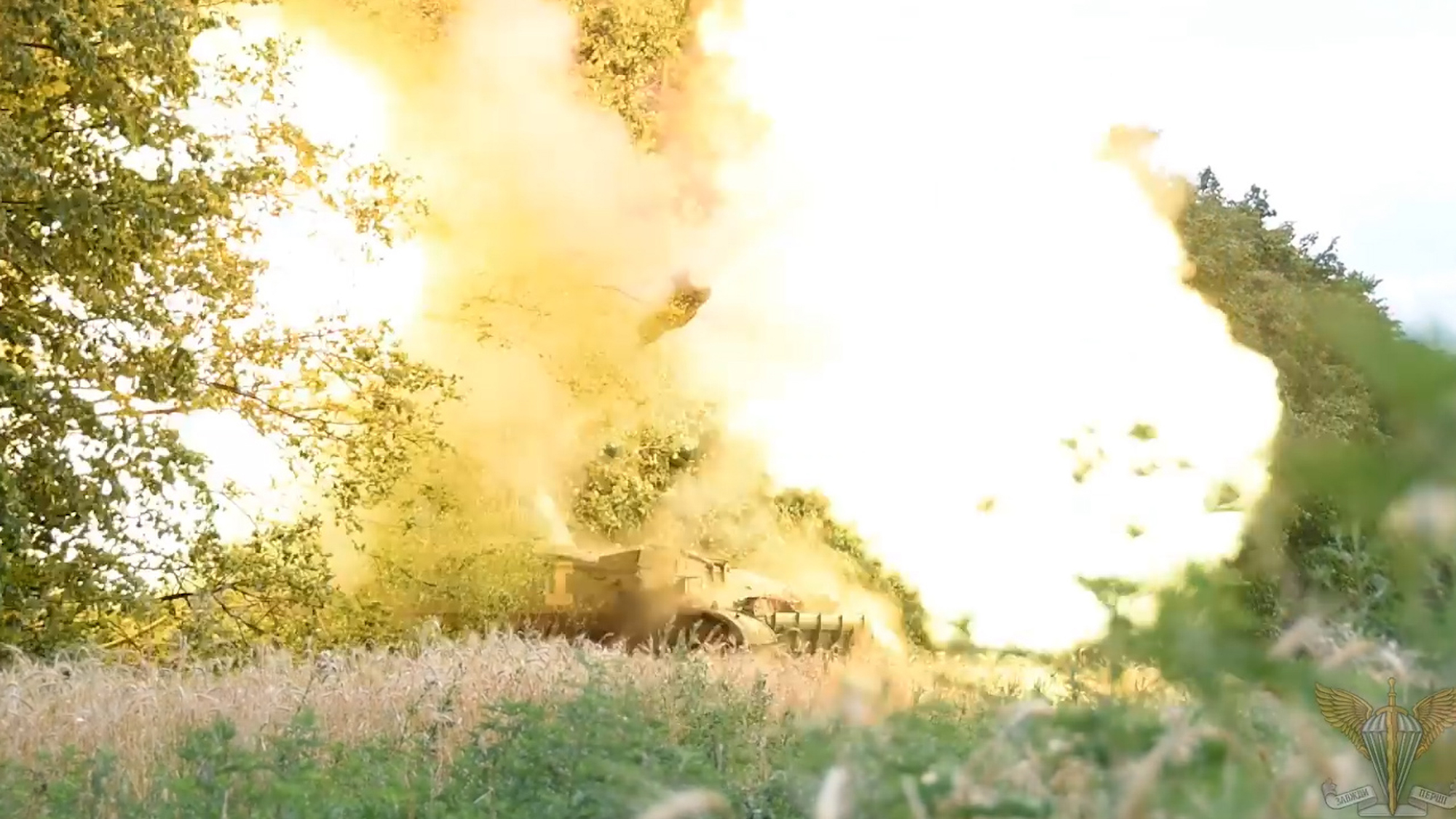 Ukrainian artillerymen laid in wait before they launched a volley of missiles at Russian targets.

The Command of the Airborne Assault Troops of the Armed Forces of Ukraine said they destroyed the Russian unit in the eastern Donetsk Region.

The Ukrainian military said on July 20: “Artillerymen of the Armed Forces of Ukraine successfully destroyed the Russian occupiers in the Ukrainian Donetsk region.

“Soldiers of a separate artillery unit of the Airborne Assault Troops of the Armed Forces of Ukraine continue to inflict fire damage on the enemy and destroy the Russian occupiers every day.

“They have a lot of destroyed enemy equipment, manpower and other important enemy gear.

“P.S. During the execution of our firing missions, the enemy tank was destroyed by our artillerymen!

“Together to victory! Glory to Ukraine!”