When presented with the statement, “I’d do anything to enjoy my favorite foods,” 54 percent of Americans said they agreed. 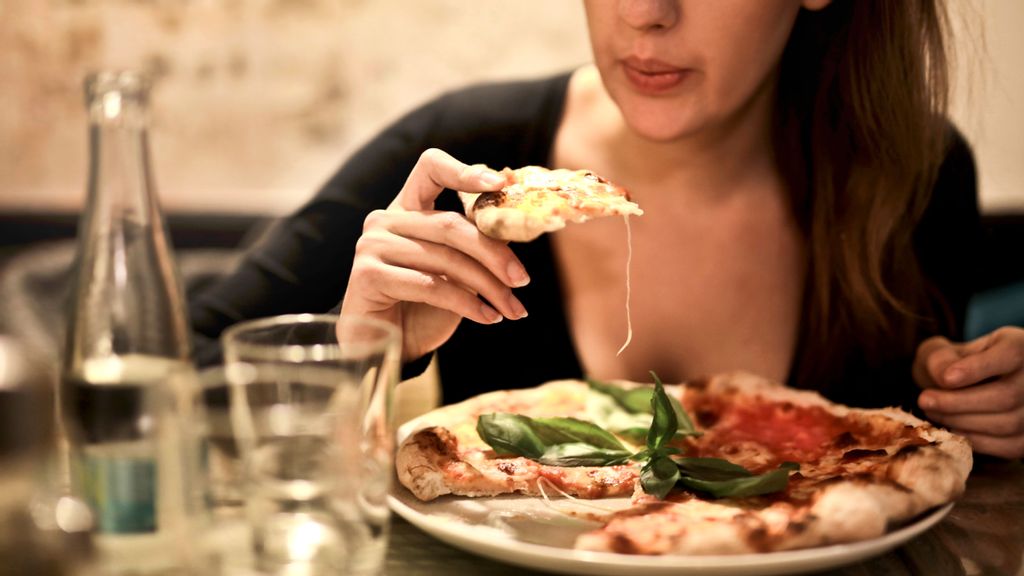 A survey of 2,000 U.S. adults found more than half said they love food more than anything. (Flor Mora, SWNS/Zenger)

New research suggests that when it comes to food, Americans’ love stories are truly unmatched.

A survey of 2,000 U.S. adults found more than half said they love food more than anything and would marry their favorite food if it were a person.

Meanwhile only one in three describe their actual romantic love lives as “spicy” and “juicy,” and one in four describe theirs as “bitter” and “bland.”

When presented with the statement, “I’d do anything to enjoy my favorite foods,” 54 percent of Americans said they agreed.

Some would willingly subject themselves to their worst fears like public speaking (27 percent), thunder and lightning (26 percent), heights (25 percent) and spiders or insects (25 percent) if it meant free, unlimited access to their favorite food.

Conducted by OnePoll on behalf of TUMS, the survey found that more than half of Americans would be willing to give up valuable pieces of their lifestyle, such as vacation days or social media, and some would attempt wild stunts, such as skydiving (29 percent) or running with the bulls (27 percent), if it meant free and unlimited access to their favorite food.

Over half (52 percent) said they love food more than anything. The top foods that hold a special place in people’s hearts are: pizza (59 percent), cheese (55 percent), fried chicken (55 percent), and pasta (55 percent).

Americans’ love for food knows no bounds, with many going above and beyond to enjoy their favorite meals.

A third admit to stealing food that wasn’t theirs from the office refrigerator because it looked too delicious to pass up, with women being the most likely offenders (34 percent). Even more, one in five shared that they’ve resorted to eating a food they love out of the trash can.

Further, although 47 percent agree that heartburn stops them from enjoying certain foods, nearly two in three (63 percent) agree that experiencing the worst heartburn of their lives would be worth eating their favorite foods. This rings especially true among 70 percent of millennial (26–41) and Gen Z (18–25) respondents.

“Many of Americans’ most-loved foods, like pizza, fried chicken and meatballs and spaghetti can, unfortunately, lead to heartburn.” said Amy Sharon, Brand Director for TUMS. “But with a trusty mealtime companion that provides fast relief, heartburn suffers can dive in and love their favorite foods back.”

On average, respondents also said they’d be willing to pay as much as $437 to enjoy an unlimited amount of their favorite food for a month and would travel an average of 254 miles to eat it. Additionally, 62 percent noted that they enjoy trying new, diverse cuisines as well.

THE TOP FIVE CUISINES AMERICANS COULD NOT LIVE WITHOUT:

FEARS AMERICANS WOULD FACE TO GET THEIR FAVORITE FOOD FREE FOR LIFE: