"Ausichicrinites zelenskyyi had 10 massive arms and a ring of claw-like appendages near the base to grip the substrate."
By Simona Kitanovska July 22, 2022
Facebook
Twitter
Linkedin
Email 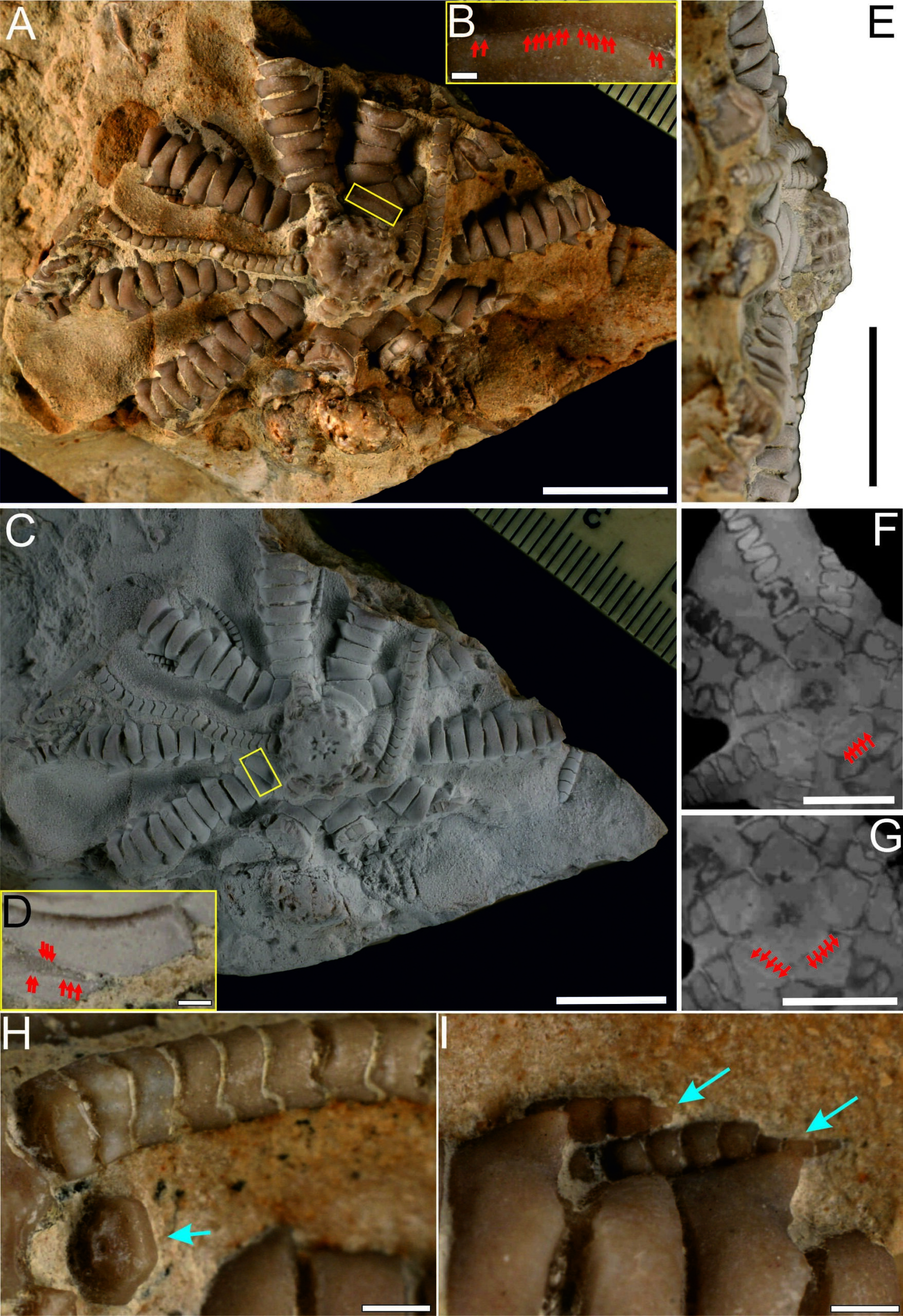 A 150 million-year-old marine invertebrate unearthed in Africa has been named after Ukraine’s President Volodymyr Zelenskyy.

The bizarre creature had ten long arms and sharp tentacle-like claws to grip the seabed.

It was a type of feather star – abundant today on rocky bottoms from the Equator to the poles.

“Ausichicrinites zelenskyyi had 10 massive arms and a ring of claw-like appendages near the base to grip the substrate.”

He added: “The animal lived 150 million years ago – and shows putative traces of arm movements.

“It has been named in honor of Volodymyr Oleksandrovych Zelenskyy, the sixth and current president of Ukraine, for his courage and bravery in defending free Ukraine.”

Feather stars can be a variety of spectacular colors, from deep reds to vibrant oranges and electrifying yellows. Each arm can be up to a foot long.

Their appendages are used to catch food, making the animals filter feeders. They sit in the water, expose their arms, and let nutrients moved by the current come to them.

Feather stars also have the ability to shed an arm the way some lizards can their tails, which is also an anti-predator response.

Professor Salamon said: “The specimen shows evidence of regeneration, which reinforces the hypothesis about the importance of predation in the evolution of feather stars.”

Ausichicrinites zelenskyyi was about two inches in diameter. Its almost complete remains were dug up at a site in central western Ethiopia.

“Here, we report a nearly complete, and thus extremely rare, comatulid from the Upper Jurassic of the Blue Nile Basin in central western Ethiopia that provides a unique insight into the morphology of comatulid arms and claws.”

He added: “The new fossil from Africa constitutes the earliest, the first example of regeneration in a feather star.”

Born with a stem that they shed in adulthood, feather stars can have as few as five arms and as many as 200.

They are often conspicuous to divers and snorkelers. They are not poisonous to humans, but can be toxic to other animals.

Snails often live on them. Fish may comb through feather stars looking for a tasty meal.

Feather stars are echinoderms, like the more familiar sea stars. They are also a type of crinoid, along with sea lilies, which have a stalk.