The images were obtained from the Ground Forces of the Armed Forces of Ukraine, on Tuesday, July 19.
By Joseph Golder July 21, 2022
Facebook
Twitter
Linkedin
Email 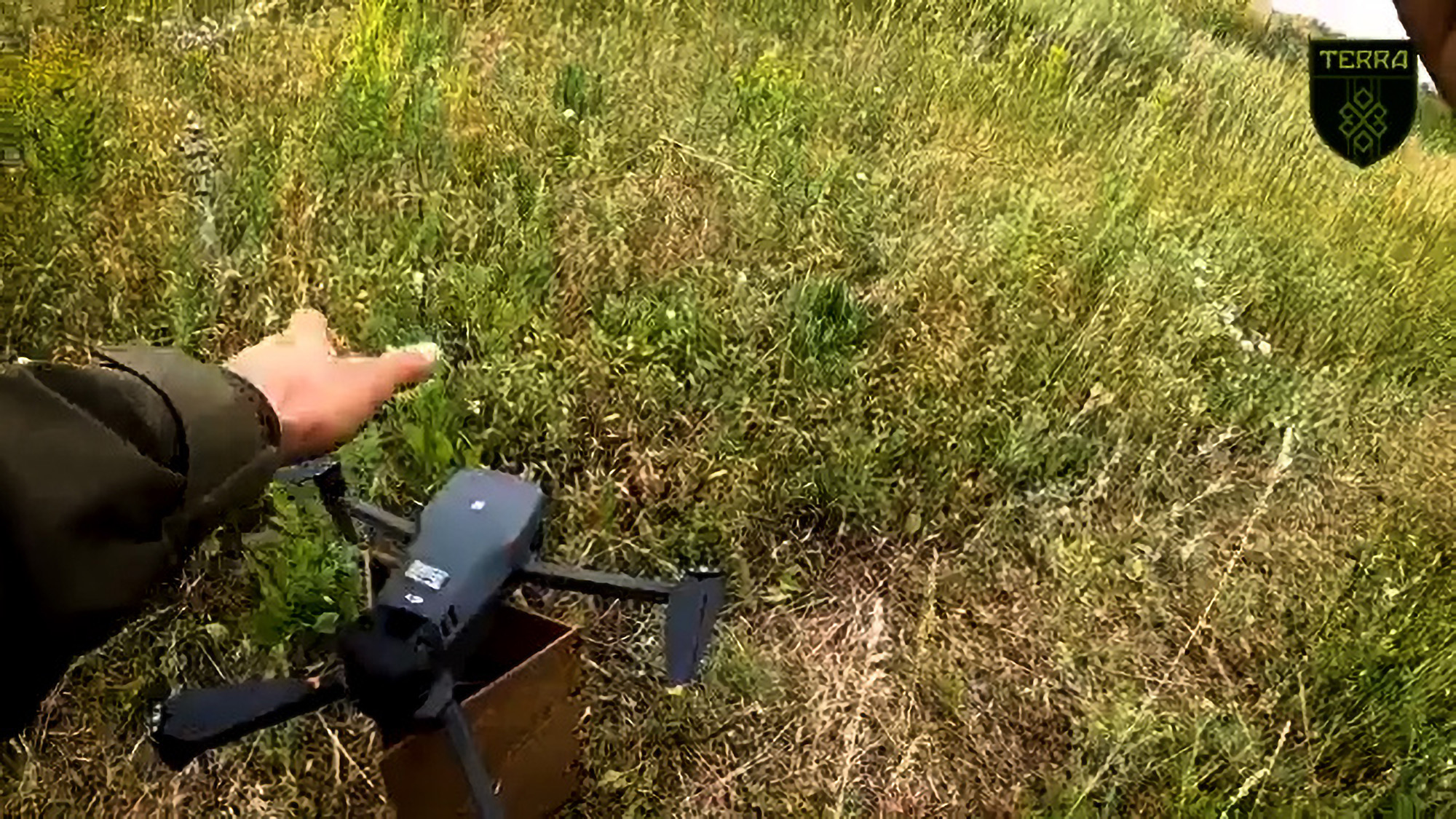 Ukrainian soldiers used drones and artillery together to blow up invading Russian forces, as these images show.

In the footage, a soldier can be heard saying (in Ukrainian): “There are three batteries. Where is this target? I lost it. Oh, here it is! We just saw a shot. The 28th [will shoot] right now!”

A second soldier then says: “Shed! Shed! [Codename for their secret location] Is the artillery in the same position or is it active?”

The first soldier replies: “Artillery is in the same position, there are four crews.”

The first soldier replies: “We see at least two deployed barrels in position. If we shoot at them, we can correct the artillery fire. Okay, now we see them! We can see the arrival of enemy artillery in the zone.”

He adds: “If we fire shells now, they will be f*cked up, and four barrels too. Shells are being fired! They are defeated! The enemy vehicles are on fire, one unit is definitely on fire!”

A third soldier says: “Now you need to adjust a little to the left!”

And the first soldier then says: “Please, guys, hit them! Yeah! You hit them right in the gun barrels. Detonation went well.”

With the second soldier then saying: “The target is terminated.”

The images were obtained from the Ground Forces of the Armed Forces of Ukraine, on Tuesday, July 19, along with a short statement saying: “Working as both air reconnaissance and artillery, the 28th Separate Mechanized Brigade named after the Knights of the Winter Campaign jointly destroyed the artillery units of the occupiers.”