The video was obtained from the State Emergency Service (SES) of Ukraine. 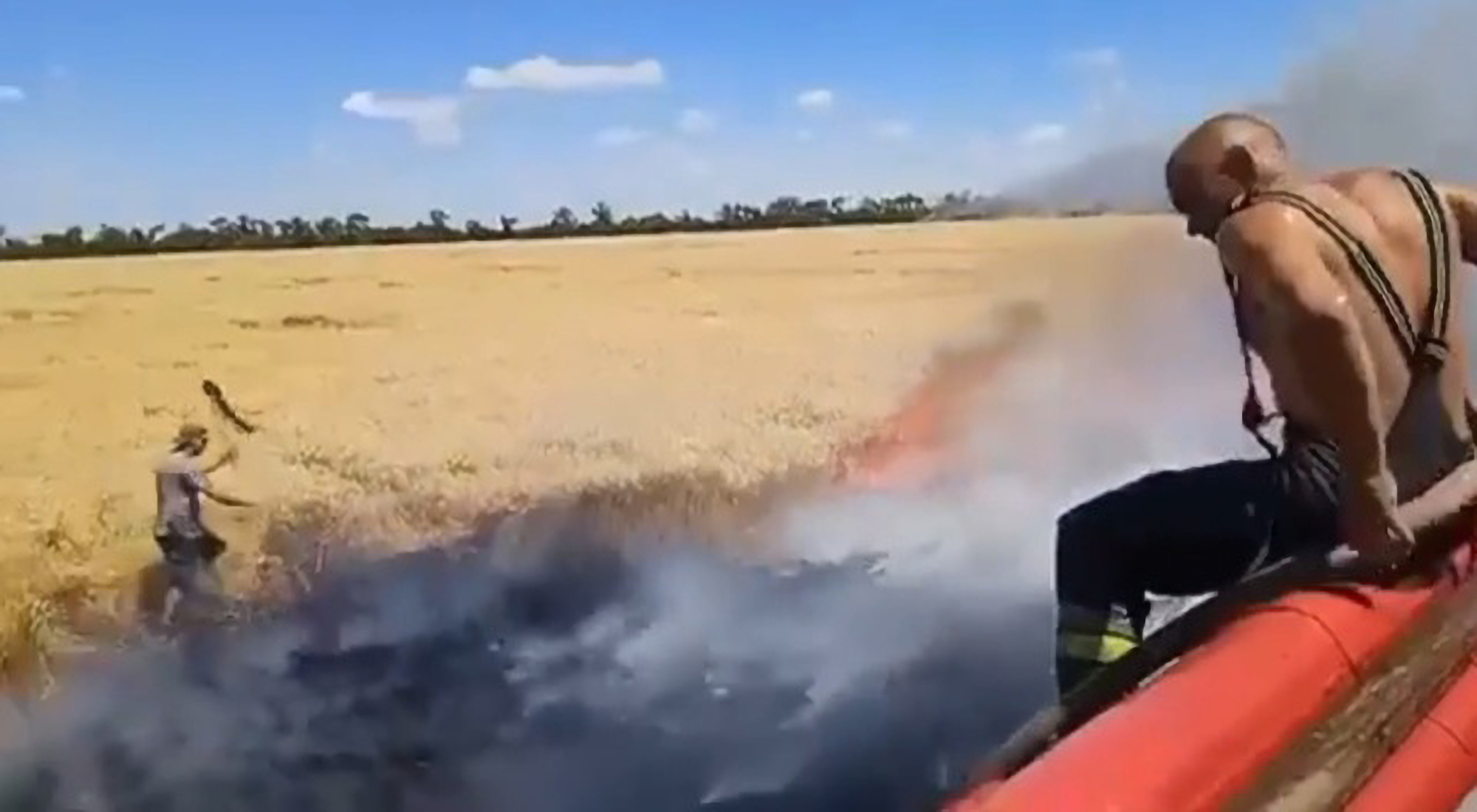 Ukrainian firefighters and farmers battled a crop fire caused by a Russian attack, as can be seen from these images.

The footage shows a big dark patch burning in an otherwise beautiful field of what appears to be wheat, reportedly in the Mykolaiv region, in south-western Ukraine.

The images were obtained from the State Emergency Service (SES) of Ukraine on Tuesday, July 19, along with a short statement saying: “Harvest of Sorrow-2022.

“See how the firefighters of the Mykolaiv region, together with farmers, are retrieving literally every ear of the future harvest from the fire caused by the Russian shelling. Bread in 2022 will be truly holy…”

We contacted the State Emergency Service of Ukraine for further comment, as well as the Russian Ministry of Defense, but haven’t received a reply at the time of writing.