“We live with the understanding we can die at any moment.” 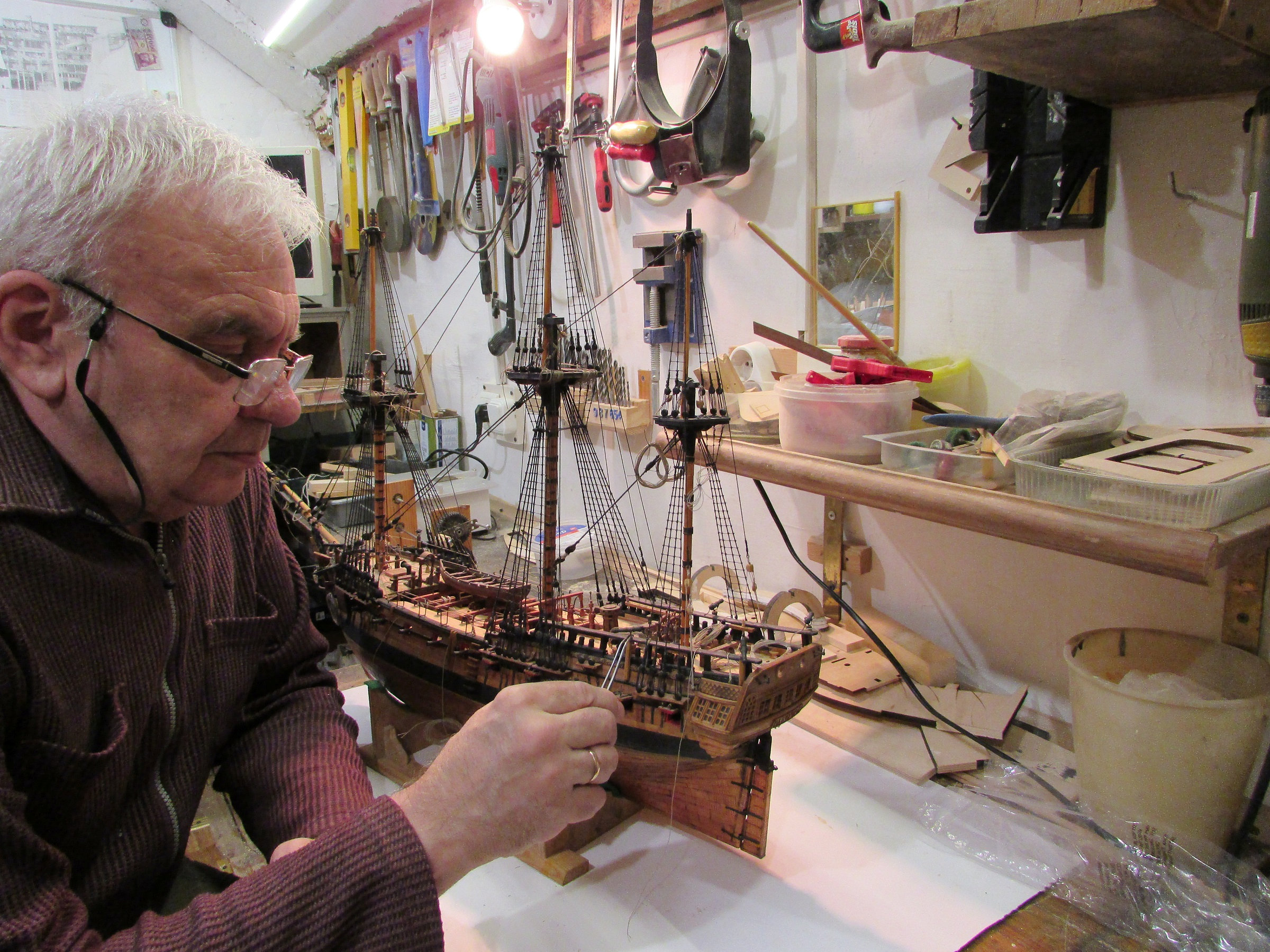 A retired engineer living in a Ukrainian city under constant bombing is making a replica model ship to be displayed in a British museum. (Matthew Newby, SWNS/Zenger)

A retired engineer living in a Ukrainian city under constant bombing is making a replica model ship to be displayed in a British museum.

Vitaliy Vribel, 64, is currently making a model of Ernest Shackleton’s Endurance – while Russians attack around him.

He started the project after being commissioned by the Shipwreck Treasure Museum, in Charlestown, Cornwall, in the United Kingdom.

Shackleton’s ship was famously crushed in ice during his bid to cross Antarctica more than a century ago.

Vitaliy’s model will be shown in the museum as part of their exhibition about the polar explorer.

The retired engineer is carefully creating the ship in the loft of his fourth-floor apartment in Dnipro – a city in Ukraine that is constantly being bombed in the ongoing conflict.

His commission came about after the museum’s managing director saw Vitaliy’s daughter, Nataliia, appeal on LinkedIn for a safe place for her father’s models during the conflict.

Vitaliy, who lives with his wife, Tatiyana, in the war-torn city, said: “We live with the understanding we can die at any moment.

“We don’t hide in a bomb shelter because there isn’t one. We just go to the hall where there are no windows.

“The desire to create accurate historical copies of ships requires careful study of the material, the historical features of the era and the specifics of the vessel.

“It takes a lot of time, but it is very interesting.

“The captain had to know everything about the ship, even down to the smallest detail.

“So, in the same way, the modeler must know everything about the ship they are building. The process is exciting.

“There’s a war going on now. I have never had an idea that I will have to live in the midst of a war.

”Yes, I’ve read books about war, I’ve seen films about it, but I’ve never imagined it would ever happen.

“I feel that even if we’re not on the front-line, we are still fighting. We’re still waging this war. It’s not possible to be hidden from it.”

The project was instigated by chance after the museum’s managing director, Ramon Van De Velde, saw a post by Nataliia.

Ramon said: “Nataliia was appealing for somewhere for her father to safely store his prized models during the conflict.

”A model of Endurance is the finishing touch for our brilliant Shackleton exhibition and Vitaliy needed something positive to focus on during this incredibly difficult time.

“Like so many people we were keen to see how we can help the people in Ukraine. At both Heligan and the Shipwreck Treasure Museum, we tell stories through ordinary people.

So, this is an opportunity to tell the story of ordinary Ukrainians, through Vitaliy, whose lives have been upturned through no fault of their own.”