The collection are now being sold at auction where they are expected to fetch more than 13,000 British pounds ($15,600). 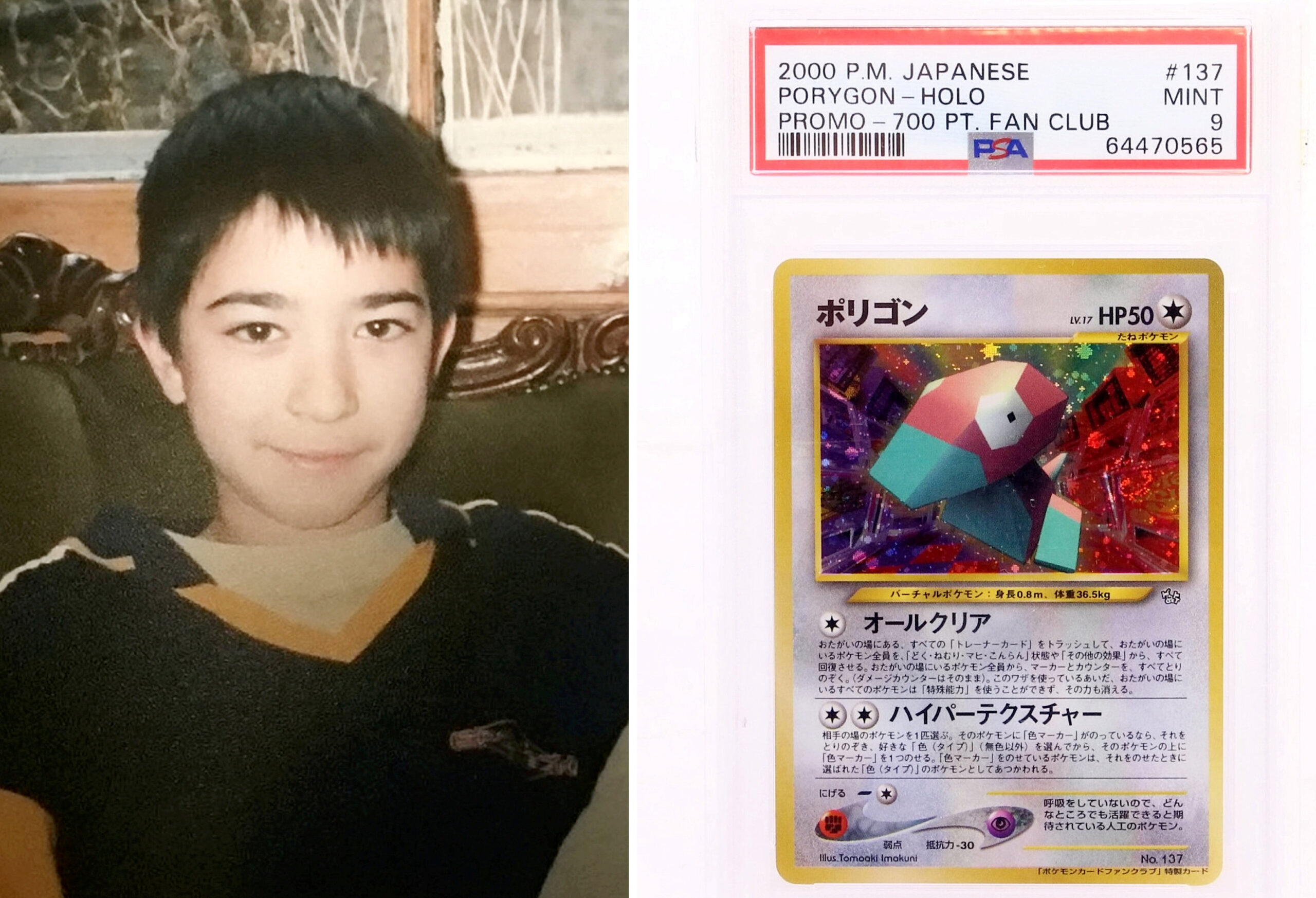 A schoolboy's Pokémon cards which he collected through playground 'swapsies' in the 1990s are now worth thousands of pounds. (Steve Chatterley, SWNS/Zenger)

A schoolboy’s Pokémon cards which he collected through playground ‘swapsies’ in the 1990s are now worth thousands of dollars.

JC Smith was aged ten when he would save up his pocket money to spend on the
popular playing cards as well swapping them with his friends.

During his time at primary school in the 1990s JC amassed more than 100 Pokémon cards which he kept in a protective folder.

The 36-year-old stumbled across them again while sorting his home in London, the United Kingdom, capital, during lockdown and was amazed to discover their value.

The collection are now being sold at auction where they are expected to fetch more than 13,000 British pounds ($15,600).

His most valuable card is the Porygon which was only awarded to Pokémon Fan Club members and is worth around 2,500 pounds ($3,000).

JC, a designer, said: “I started collecting Pokémon cards around 25 years ago when I was in primary school.

“I always thought they would be worth a lot of money one day so I really looked after them.

“I was meticulous. I bought individual sleeves for each card, put another plastic case around that and then placed them in fZenger News to protect them.

“That’s why they’re in such good condition today.

“I got into collecting with a childhood friend.

“We spent our pocket money on Pokémon cards and it was expensive at the time.

“We used to swap cards in the playground with other kids and at the shop where we used to buy the packs from.

“I did well with some of my swaps as other kids weren’t as fanatical as me.

“I suppose being half Asian had some influence as family in Asia bought me them as gifts too.

“We collected solidly for about two years but then stopped because new cards were coming out every month and we couldn’t keep up.

“Also, it was annoying our parents who thought we spent too much on Pokémon.

“I kept my cards safe but forgot about them for years.

“Then, just before lockdown, I started looking through my collection again and realized
how amazing it was. I have some scarce collectors’ items.

“Some notable cards for sale in the auction were gained through the Evolution
Communication Campaign exclusively in Japan which shared iconic references to the early video games.

“You had to mail in specific Pokémon Cards – five in total – with an additional ‘Bill’s PC’ Pokémon card during a specific month in 1999.

“You were then mailed back the evolved form of the Pokémon sent in.

“This correlated to the games where these Pokémon would only evolve by trading with another player.

“There is incredible attention to detail within the Pokémon Trading Card Game.

“They believed in them all those years ago and created a story we can enjoy even more as time goes on.

“I’m only selling now because I’ve got into collecting again. I plan to use the proceeds to invest in even more high-end Pokémon cards.”

A highly collectible jungle holo error Pokemon card with the set symbol missing is also set to fetch up to 800 pounds ($960).

More than 100 cards which are split into 40 lots will go under the hammer at Hansons Auctioneers in Etwall, Derbys., on Thursday, July 21.

David Wilson-Turner, head of toy and gaming sales, said: “There can’t be many 11-year-olds as savvy as JC.

“It wasn’t just that he had the foresight and intelligence to recognize Pokémon cards could be very valuable in the future, he stored them with the precision of an advanced and experienced adult collector.

“Every card has been perfectly preserved. He thoroughly deserves to reap his reward at auction.

“Pokémon trading cards are massively popular to buy and collect and have been steadily rising in value for more than six years now.

“Wealthy young people in their 20s and 30s who got into Pokémon when they were children are buying rare cards and prices have spiked.”