Researchers in Switzerland are the first to produce the fuel in a power generator rather than a lab.
By Simona Kitanovska July 21, 2022
Facebook
Twitter
Linkedin
Email 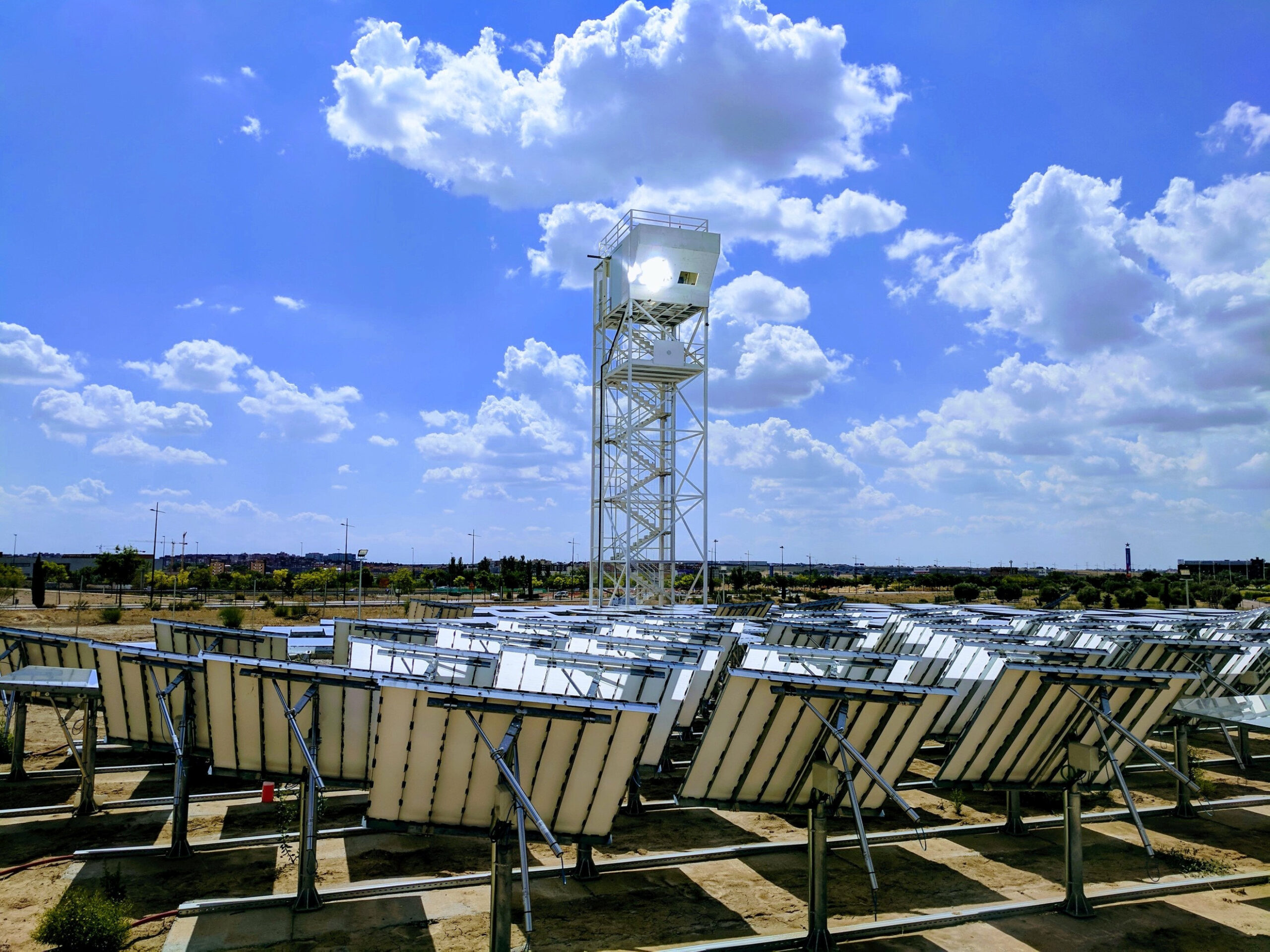 A carbon-neutral aviation fuel has been developed by scientists.

Researchers in Switzerland are the first to produce the fuel in a power generator rather than a lab.

The amount of synthetic jet fuel it emits when it combusts in a plane’s engine equals the amount consumed during its production in a solar plant, thus making it carbon neutral.

The fuel will be even greener if the team can capture carbon dioxide from the air in the not-too-distant future and use it in the fuel.

The solar-made kerosene, or jet fuel, is fully compatible with the existing way fuel is stored, distributed, and used in a plane’s engine.

It can also be blended with fossil-derived kerosene, the team say.

In 2017 the team started scaling up their design and built a solar fuel-production plant at IMDEA Energy Institute in Madrid, Spain.

It consists of 169 sun-tracking reflective panels that redirect and concentrate solar radiation into a solar reactor on top of a tower.

The concentrated solar energy then drives oxidation-reduction (redox) reaction cycles in the solar reactor, which contains a porous structure made of ceria, a white or yellow heavy powder.

The ceria –which is not consumed but can be used over and over –converts water and carbon dioxide injected into the reactor into syngas, which is made of hydrogen and carbon monoxide.

The syngas is then sent into a gas-to-liquid converter where it is finally processed into liquid hydrocarbon fuels that include kerosene and diesel.

During nine days the plant’s energy efficiency was found to be four percent but the team are working to boost it to 15 percent.

Airplanes are responsible for around five percent of global emissions and their engines run on kerosene or jet fuel, a liquid hydrocarbon fuel that tends to be derived from crude oil.

No clean and effective way of flying planes exists today.

Study corresponding author Professor Aldo Steinfeld, of the Swiss Federal Institute of Technology in Zürich, said: “We are the first to demonstrate the entire thermochemical process chain from water and CO2 to kerosene in a fully-integrated solar tower system.

“With our solar technology, we have shown that we can produce synthetic kerosene from water and CO2 instead of deriving it from fossil fuels.

“The amount of CO2 emitted during kerosene combustion in a jet engine equals that consumed during its production in the solar plant.

“That makes the fuel carbon neutral, especially if we use CO2 captured directly from the air as an ingredient, hopefully in the not-too-distant future.

“This solar tower fuel plant was operated with a setup relevant to industrial implementation, setting a technological milestone towards the production of sustainable aviation fuels.”

The findings were published in the journal Joule.