Speedboat Seized With Cocaine Worth $13 Million 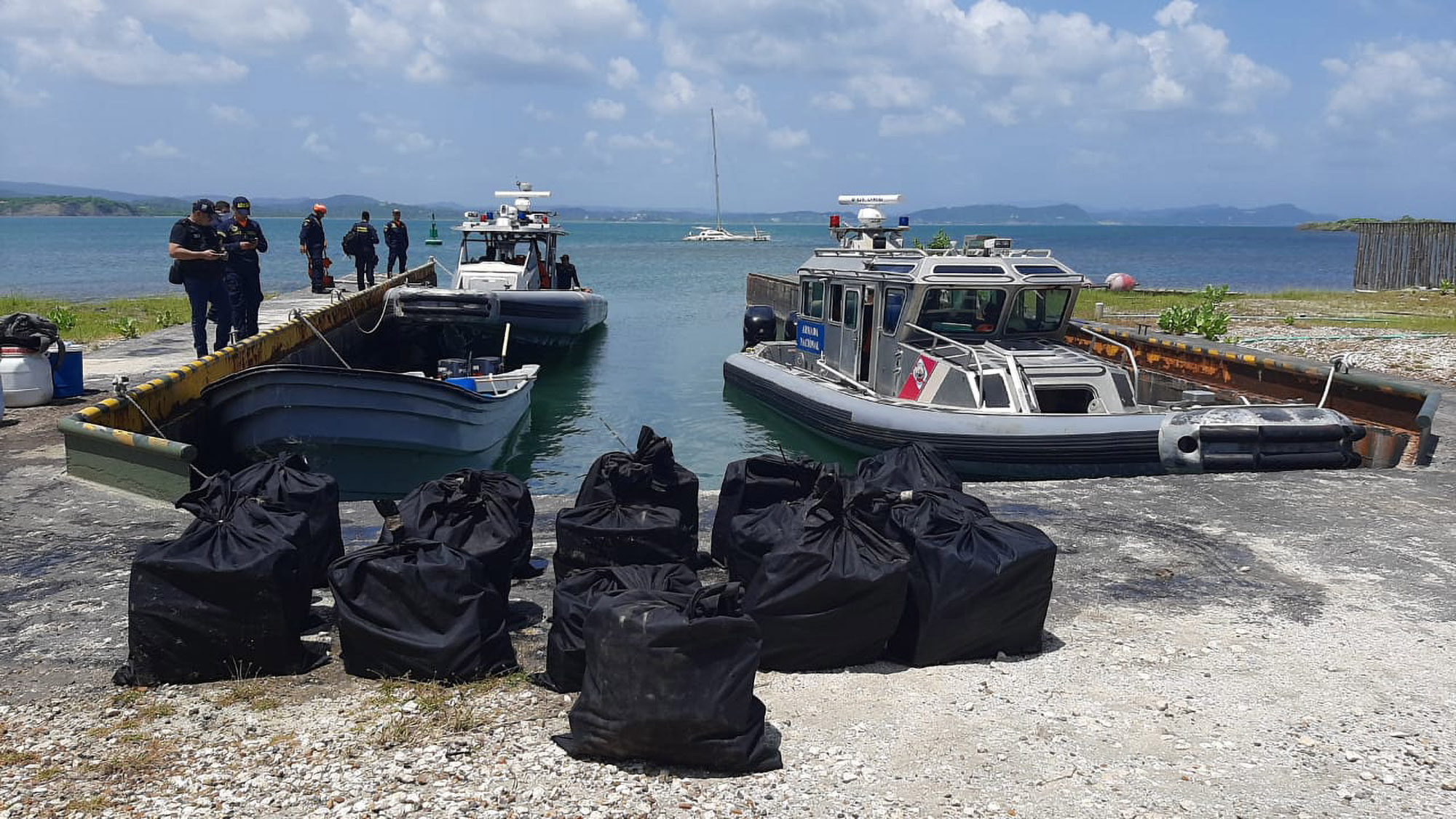 The drug seized during the police operation that took place near the department of Atlantico, Colombia, July 2022. (Armada Colombia/Zenger)

A speedboat carrying more than 800 pounds of cocaine worth an astonishing $13 million has been seized by navy interceptors in the Caribbean.

The high-speed craft – crewed by four suspects – was stopped off the coast of Barranquilla, Colombia.

Navy crew spotted bags being thrown off the speedboat as they approached.

They managed to recover 16 of the bags, which were found stuffed with more than 400 smaller packages.

Four men – three Jamaican nationals and one Venezuelan – were arrested.

The black market value of the haul seized was estimated at more than $13 million.

It is believed the vessel was en route to Central America.

In a statement obtained by Zenger News on July 17, the Colombian Navy said: “The Colombian Navy, in development of an offensive operation against drug trafficking organizations that commit crimes in the Caribbean and jointly with the Colombian Air Force, managed to interdict a ‘Go Fast’ type vessel manned by four individuals who intended to reach Central America with more than 380 kilograms of cocaine hydrochloride.

“The result came after units of the Colombian Navy with the support of a Colombian Air Force aircraft tracked down a suspicious vessel that was moving through Colombian Caribbean waters, apparently transporting narcotic substances.

“With the deployment of a Rapid Reaction Unit from the Santa Marta Coast Guard Station and an aeronaval unit from the Colombian Navy, maritime interdiction was achieved 4.2 nautical miles from Puerto Velero (Atlantico). Upon noticing the presence of the authorities, the four subjects aboard the boat threw an undetermined number of packages into the sea.

“The crew members of the Colombian Navy managed to recover 16 bags inside which 407 rectangular packages were found, which were subjected to the Approved Preliminary Identification Tests by the Technical Investigation Corps, showing positive for 386.4 kilograms of cocaine hydrochloride. The captured personnel, among whom were three subjects from Jamaica and one of Venezuelan nationality, as well as the material seized, were made available to the competent authorities.

“This stash would reach a cost in the international illegal market of more than $13 million, a figure that thanks to the forceful action of the Caribbean Naval Force will stop entering the finances of drug trafficking organizations that commit crimes in the Colombian Caribbean. In addition, nearly one million doses will no longer be marketed on the streets of the world.

“The Colombian Navy will continue with the development of joint, coordinated and combined operations that allow counteracting the scourge of drug trafficking and its related crimes, affecting all the links of its financial chain and closing the maritime, air and land spaces for the trafficking of illicit substances in the national territory.”

Colombia is believed to be the largest producer of cocaine in the world, accounting for two-thirds of the global area under coca bush cultivation and cocaine production.