“They’re very smart animals and they need something else to occupy their time.” 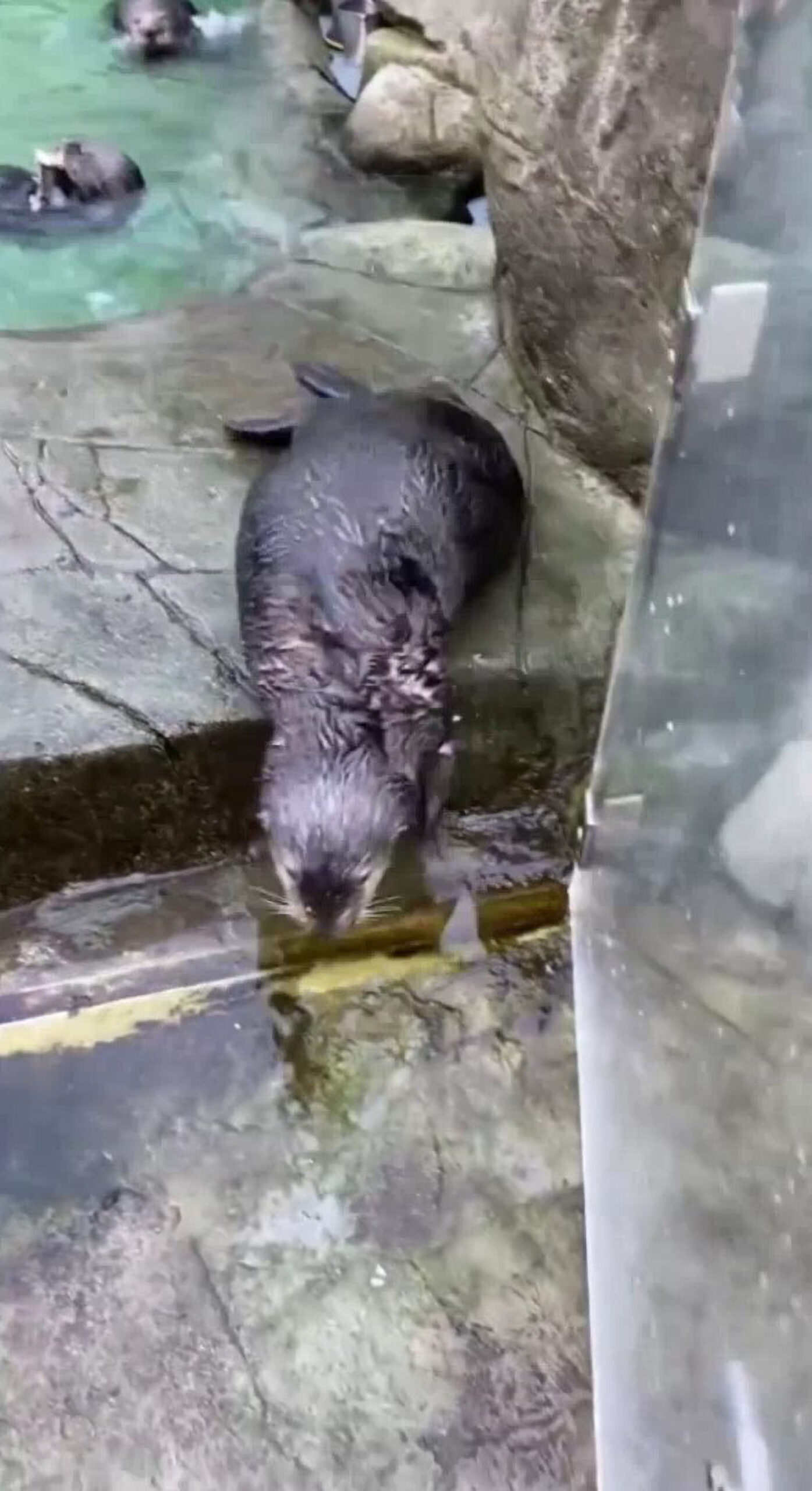 Hardy the sea otter before he closes his door, in the Vancouver Aquarium, located in Vancouver, Canada.(KPassionate/Zenger)

This is the moment when Hardy the otter delights his trainer by showing off his newly-learned door etiquette.

Hardy can be seen in this footage sliding out of a swimming pool filled with other otters and using his nose to close the door behind him.

His performance receives coos of encouragement and a few fishy treats from Kristyn Plancarte, a marine biologist who used positive reinforcement to train the five-year-old otter at the Vancouver Aquarium in Canada last year.

Speaking to Zenger News, she said: “Usually that’s trading snacks for things that we want them to do.”

The otter can then be seen opening the door using his paws and his nose and slips back into the pool as fast as Kristyn can say “water”.

She explained: “Some of the most important behaviors that we train are for husbandry.

“The otters, for instance, do voluntary vaccinations far better than most people’s pets.”

Hardy was rescued by the Vancouver Marine Mammal Rescue, which “spotted him floating alone when he was still just a pup, like really only about two to four weeks old,” said the trainer.

The video of the A-student otter – titled ‘Are Sea otters smart?’ – has received more than 14,000 ‘likes’ on the marine mammal trainer’s Instagram account.

An Insta caption on Hardy’s talents says: “Here is Hardy opening and closing doors! Apart from being highly intelligent, sea otters also have very dexterous paws. At times it almost seems like they have thumbs. In the wild this helps them to shuck oysters and clams for their voracious appetites.”

Another wrote: “Hardy’s so clever!”

Kristyn told Zenger News: “When I was a kid, I always knew I wanted to work with animals.

“They’re very smart animals, and because they are not having to forage for their food every waking hour, they need something else to occupy their time.

“I basically trained him [Hardy] to open and close those doors, which in retrospect is maybe not a great idea.

“He very quickly figured out that that was one of his favorite pastimes.”

Hardy is not the first mischievous otter the trainer has come across.

“We had one other like that. She would never do it when you ask, but she’s actually locked one of our trainers in the exit. She was outside and he was inside and he had to call for help. He couldn’t get out.”