Gary Antuanne Russell Says A Win, Not A Knockout, Is Crucial Against Barthelemy

Russell is confident execution and youth will result in victory. 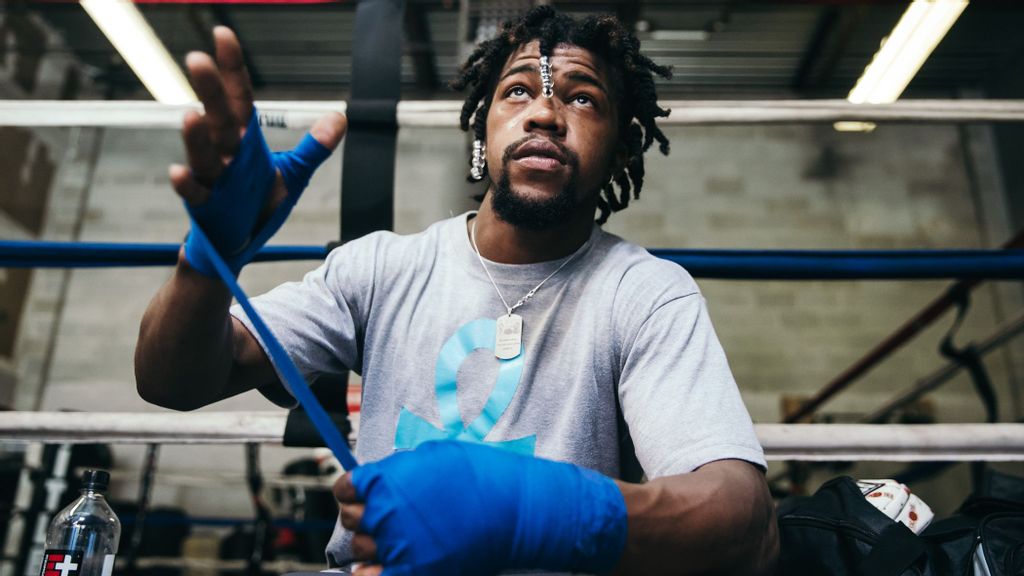 Through Russell’s first 15 fights, he knocked out every opponent he faced — becoming the first person to stop Viktor Postol in the 10th and final round of their February bout.

This time, Antuanne will be entering the ring with a heavy heart.

It’s his first fight since losing the man responsible for him getting into boxing, his father, Gary Russell Sr., passed away in May after a battle with diabetes. Antuanne is determined to keep the legacy going, and it starts with the Rances Barthelemy fight July 30, live on Showtime.

Zenger: How does losing your dad change your mindset? Or is it about just continuing the legacy?

Antuanne Russell: It definitely changed the mindset. It’s something that will make or break a person. It’s motivating me to keep this legacy going, full progression.

Zenger: July 30 is right around the corner. Was this date already in discussions before his death, or did you want a fight date as soon as possible following the news?

Antuanne Russell: A bit of both. It’s what he would have wanted.

Zenger: Your last three opponents have a combined record of 74-5-2. That leads me to believe you are on the fast track to earning a world title shot. Is that an accurate assessment?

Antuanne Russell: That’s very accurate. The fact that I’m doing what I gotta do as far as fighting the right people, as far as showcasing my talents the right way, and executing these victories. I continue to impress the audience. I’m a great fighter. A lot of people get put on the slow track because they’re not ready, or they just don’t have the goods. I’m pretty sure if they had the opportunity to get a victory over me, it would catapult their career to another level.

They would be on the fast track overnight, because they fought and beat a person with the right credentials. My whole career, I’ve been moving off of my father’s strategics. We have been going up against great opponents, who had titles before, title defenses before and title challengers. We were the ones on the winners’ side, and it catapulted me closer to our main goal — to wipe out the 140-pound division.

Antuanne Russell: It’s definitely just about the W. We’re in the gym, and we train for these opponents because we take every challenge with high importance. This isn’t a sport you can play. We say it all the time: You can play kickball, you can play soccer, you can play basketball, but you cannot play boxing.

Every opponent we take very seriously. When we’re in the gym critiquing ourselves for these opponents. When we go out there on fight night, and we execute the plan and become victorious, it assures us we are doing everything right in the gym — not just physically, but mentally. We see what we see as far as a flaw in our opponent, and we worked on certain combinations and certain punch selections. That’s why we continue to be victorious.

Zenger: Barthelemy has double the number of fights as a pro. How will you combat that disadvantage, if you’re even considering that a disadvantage?

Antuanne Russell: I’m not looking at it as an advantage. I don’t magnify these types of events. I’ve been doing it for so long, it’s second nature now. It’s all about executing. Any opponent they line up against me, I don’t care how long, how strong, how tall, I’m pretty sure they got a flaw, and that flaw is what we’re going to exploit. He can have all the years under his belt. I’m pretty sure his IQ is going to show in the ring. But there is something that I also know is going to show on fight night and that is age. I got youth on my side. My pace, my tempo, he’s going to have to match that. Right now, he better be in the gym, and training hard, so he can match my tempo.

Zenger: I’m glad you mentioned tempo. Barthelemy is known for dragging guys into his world and fighting at his pace. He has an odd style at times, and that made some of his opponents hesitant to throw. How does his fighting style mesh with yours?

Antuanne Russell: He has a long fighting style, a lot of people say it’s weird, but honestly, it’s a smart tactic. He lures a lot of fighters in. Cubans have got a crafty style, and that’s just how he fights. I have seen it before, dealt with it before, and like I said, we’re going to exploit his flaws. I’m pretty sure it won’t clash with my fighting style, because we adapt. That’s what makes us an enigma.

Zenger: You stopped Postol in the 10th round of a 10-round fight. Was it important for you to get those rounds in at this point of your career?

Antuanne Russell: It was just about executing the plan and getting the job done. I wanted to execute the strategy. If you listen in my corner, my father was telling me to throw a certain punch selection, the second I threw it, that’s what hurt him. It wasn’t about the knockout or the record. It’s all about the execution and the victory. Getting 10 rounds in, there was no weight to that. I know if I execute, we’re going to come out victorious.