Burning Russian Plane Plunges From Sky And Blows Up In Field

The Ukrainian military said the plane was downed near the city of Novaya Kakhovka located in the southern Kherson Region.
By Lee Bullen July 21, 2022
Facebook
Twitter
Linkedin
Email 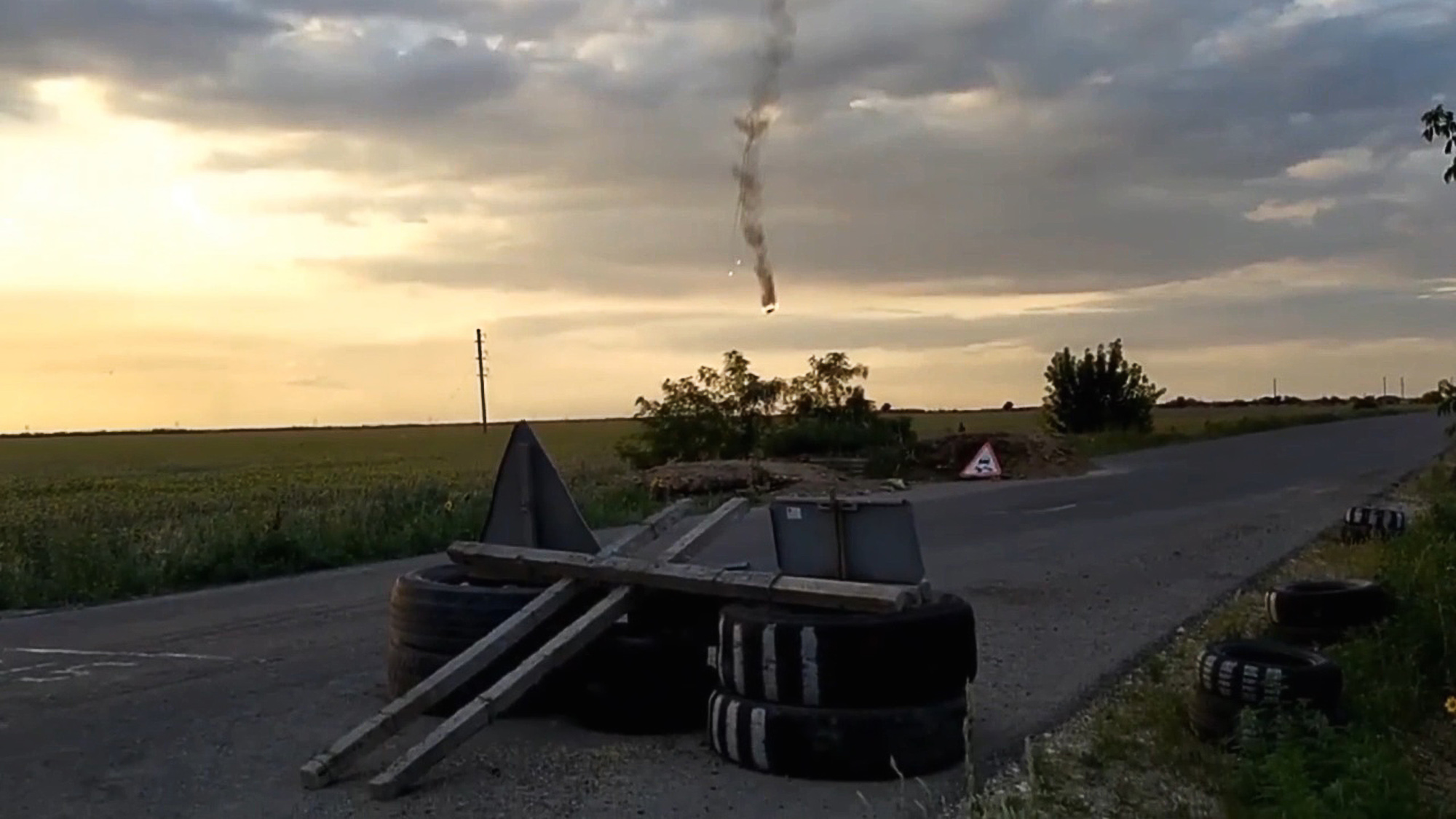 The fall of a burning Russian Su-35 fighter in Novaya Kakhovka in Ukraine. (@kpszsu/Zenger)

A burning Russian plane plunged from the sky and exploded in a field after being hit by a Ukrainian missile.

The Ukrainian military said the plane was downed near the city of Novaya Kakhovka located in the southern Kherson Region.

Air Force Command of the Armed Forces of Ukraine said on July 19: “Video of a downed Russian Su-35 fighter jet in the area of Novaya Kakhovka.

“Glory to Ukraine! Together to victory!”

The footage shows a burning wreck dropping from the sky while leaving behind a trail of black smoke.

The large object, apparently a destroyed fighter jet, then hits the ground in a field and explodes in a huge fireball.

We contacted the Air Force Command of the Armed Forces of Ukraine for further comment, as well as the Russian Ministry of Defense, but haven’t received a reply at the time of writing.