“On Monday, 18 July police were alerted by a concerned member of the public to a dog inside a car with the windows closed.”
By Simona Kitanovska July 21, 2022
Facebook
Twitter
Linkedin
Email 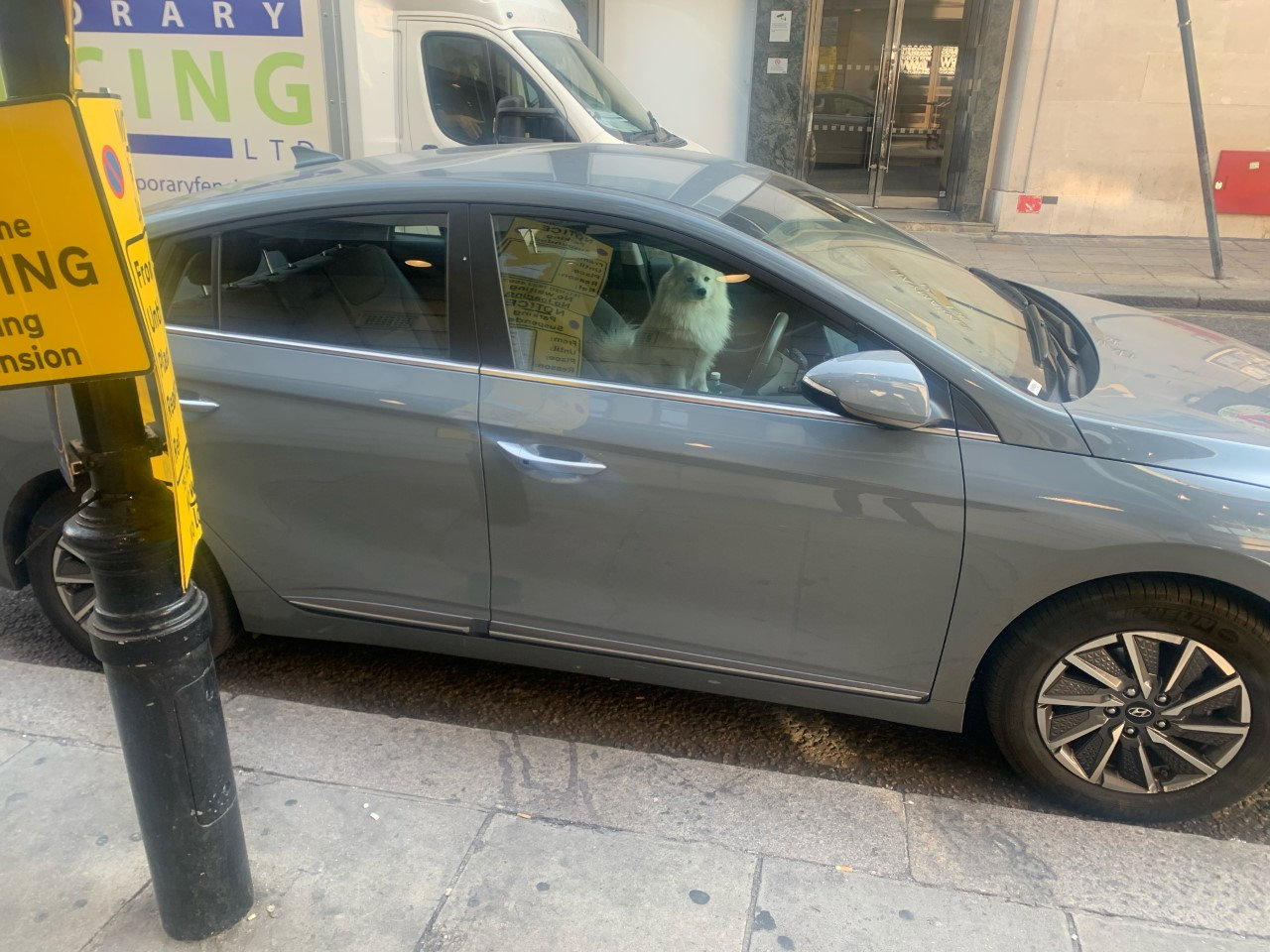 The dog trapped inside the car on an extremely hot day, in London, on July 18, 2022. (John Thompson, SWNS/Zenger)

Police were forced to smash the window of a $30k electric car to save a dog in central London – amid 98 degrees Fahrenheit heat.

Officers intervened after a member of the public spotted the trapped pooch on Oxendon Street, in London, the United Kingdom’s capital, on Monday, July 18.

Temperatures reached extremes in the day – with the UK also recording its hottest night ever.

Eyewitness John Thompson, 35, spotted the dog along with other bystanders in the early evening – and caught the moment police arrived to free the animal.

He said: “I was just immediately scared for the dog and thought ‘come on, it’s the hottest day of the year’.

“The dog was panting on the passenger seat and then moved down to where the pedals are because it was cooler at the bottom.”

The dog appeared to have been left in the Hyundai Ioniq car, which had parked on Oxendon Street.

Concerned members of the public alerted the police and were informed that if the dog was still panting in the next five to ten minutes they could smash the window.

However, officers arrived within that time and then attempted to use batons and a hammer to break the glass – before resorting to a car window breaker to get inside the vehicle.

John said: “I was just walking along and saw the dog in a car by itself.

“Two people from the theater next to the car had spotted it as well and somebody else in a van said they had been watching it for about ten minutes.

“One of the people from the theater called 999 [UK’s Emergency Services phone number] and the call handler said if it was still there and panting in the next five to ten minutes then they could smash the window.

“They went back into the theater and came back with a hammer and by that point it had been fifteen minutes – someone said it takes fifteen minutes for a dog to succumb to heatstroke.

“They were just about to smash the glass when the police turned up – they checked the air con which wasn’t on and then tried to smash it with a baton and the hammer which just bounced off but after using a little glass breaker it smashed immediately.

“The owner turned up. They argued back and forth for ten minutes or so until the police took the dog and put it in the back of their car with the air-con on.

“The woman was really upset because she thought they were taking the dog but the police returned the dog and they left in their car with one window smashed.”

The Metropolitan Police said: “At 18:16 on Monday, 18 July police were alerted by a concerned member of the public to a dog inside a car with the windows closed in Oxendon Street, SW1.

“The dog, which had allegedly been in the car for some time, appeared to be suffering in the heat.

“Officers attended and broke a window to gain entry to the dog and the owners of the car were spoken to and their details taken.

“The dog appeared in good health once it had been released from the car.”