The offenses he was accused of were not been specified by police or prosecutors. 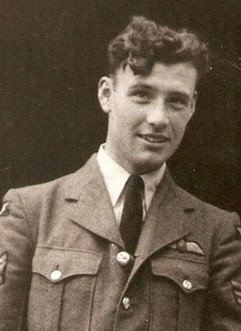 An RAF hero killed during a top-secret WW2 mission more 75 years ago had only recently married his widow at the time of his death, an inquest opening heard today (tues). (Matthew Newby, SWNS/Zenger)

A Royal Air Force hero killed during a top-secret WW2 mission more 75 years ago had only recently married his widow at the time of his death, an inquest opening heard on Tuesday, July 19.

Remains of RAF officer Alfred Robert William Milne and his navigator Eric Stubbs, both 22, were found in a remote farm in North Yorkshire, in the United Kingdom, in February 2020.

The pair were just 22 when their Mosquito aircraft came down on hills near Bransdale in the North York Moors, in the United Kingdom, in October 1944.

But despite both men supposedly being buried with full military honors in Surrey, in the UK, their bones were found around an hour’s walk from the crash site two years ago.

A major police investigation was launched and a 74-year-old man was arrested, the Crown Prosecution Service determined there was not enough evidence to charge him.

The offenses he was accused of were not been specified by police or prosecutors.

The case was closed after a second burial ceremony attended by descendants of both men at the cemetery where they were interred in 1944.

On Tuesday (July 19), an inquest was opened into Alfred’s death while the inquest into Eric’s is set to open at a later date.

Alfred’s occupation was given as a pilot and his marital status was given as married, as he had recently wed his widow Gwendoline before his death.

They did not have any children, the brief hearing heard. The inquest was adjourned to allow for further inquiries to be made.

The RAF sent a salvage crew to the crash site as the plane was carrying a prototype ‘Highball’ bomb designed by Barnes Wallis, which was recovered without detonating.

But in February 2020 their remains were found at Appletree Hurst Cottage, an isolated smallholding near the English village of Chop Gate, around an hour’s walk from the crash site.

Appletree Hurst Cottage was once the home of Kenneth Ward, a collector of World War Two memorabilia, who lived there until 2011, when he was jailed for harassing a woman living at a neighboring farm.

Although the cottage is in a poor condition and currently uninhabited, the adjoining farmhouse was sold to new owners who discovered the bones.

A large number of aircraft parts remained on the site after Ward’s imprisonment and the MOD has been involved in their dispersal, with many now stored at a secure location.

The crash was witnessed by a farm worker who had to cycle to the nearest telephone at Gillamoor to inform the authorities.

The Mosquito was on a secret transit flight between two airfields at the time.

Much of the wreckage was allowed to remain at the site, though some was recovered and donated to museums in 1969 by a preservation society.

Alfred’s last surviving descendants are his two nephews, David and Michael Peterson, who live in the south of England and attended the burial of their uncle in August 2021.

Their mother was Alfred’s sister, and the family have kept mementos of his WW2 service, including letters and medals.

During the 2020 investigation, the MOD contacted them to ask for DNA samples, as Alfred’s brother had also died childless.

David said: “We were told the CPS had rejected a charge because of lack of evidence – they just didn’t have enough.

“We found out about the circumstances mostly at the burial ceremony, as so many people from the MOD attended.

“They told us it was a very interesting case and that a lot had been found at Chop Gate.

“They couldn’t tell us too much but what we found out was astonishing.”

David initially believed that the investigation had at first been concerned mainly with tracing relatives before potential criminality was explored.

He added: “We didn’t really think this would be that big an investigation at first, but there were a lot of people at the funeral. It was phenomenal.

“They really thought they would be able to collect the evidence and they tried so hard.

“We didn’t know anything about the Mosquito flight and the bouncing bomb – we thought he must have been coming back from an air raid.

“It was a very important mission.

“We still have letters he wrote when he was training to his parents and our mother, where he talks about how difficult it was to navigate by visibility alone.”