Cops Searching For Drugs Find Over 1,000 Artifacts Dating Back To Ancient Times

Police in the town of Guadassuar were investigating an unnamed 68-year-old who they suspected of being a drug dealer. 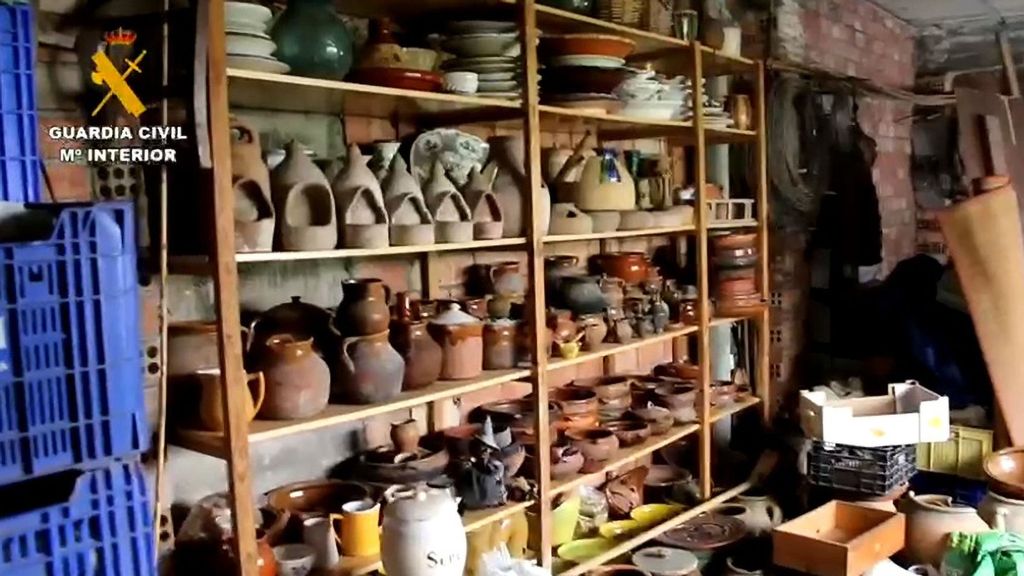 Moment of the drug trafficking search in a house where the archaeological items were found in Guadassuar, Valencia, Spain, July 2022. (Zenger)

Police in the town of Guadassuar, which is located in the autonomous community of Valencia, in eastern Spain, were investigating an unnamed 68-year-old who they suspected of being a drug dealer.

While they said that they did discover an unspecified amount and type of illegal drug in the home, they also said that they had discovered priceless rare ceramics, pottery and other historical and archaeological artifacts.

Police bodycam footage of the raid shows officers looking over rack after rack of antiquities, dating back to between the 12th and 18th centuries, with some also dating back to the Roman era.

Experts from Spain’s Municipal Museum of Alzira have taken charge of the treasures, which could be one of the biggest ever finds in the region.

The Civil Guard said in a statement obtained on Saturday, July 16: “The Civil Guard has found more than 1,000 archaeological pieces in a private home in Guadassuar (Valencia) during a search of it for a case of drug trafficking.

“The agents found archaeological remains of ceramics – such as tiles, pots and bowls – dating back to between the 12th and 18th centuries.

“Some of the pieces were arranged on work tables for classification and restoration, while others were already restored and displayed in different areas of the home.”

The authorities said that experts then “confirmed that this finding could be one of the most relevant findings, at least in the Valencian Community, of unique pieces of incalculable value.”

The regard also said that they “arrested a 68-year-old man for crimes against historical heritage, against public health – drug trafficking – and illegal possession of weapons, since during the aforementioned search the agents seized a shotgun and a rifle without the mandatory documentation.

“In addition, during the raid, 13 beehives were found, some of them with the number deleted and with bees inside. Eleven of these hives had been stolen in the town of Buenache de la Sierra (Cuenca) and the other two in Guadassuar (Valencia).

“The archaeological remains have been delivered to the Municipal Museum of Alzira, which has assessed the finding to be of great cultural and economic interest, and that pieces from the Roman age and from the 12th to the 18th centuries, among others, have been located.”

The police investigation is ongoing. It is currently unclear how the suspect allegedly acquired the artifacts.