”Our only real option is to try bring baby Molly home to the U.K. where she can be given the best possible treatment!” 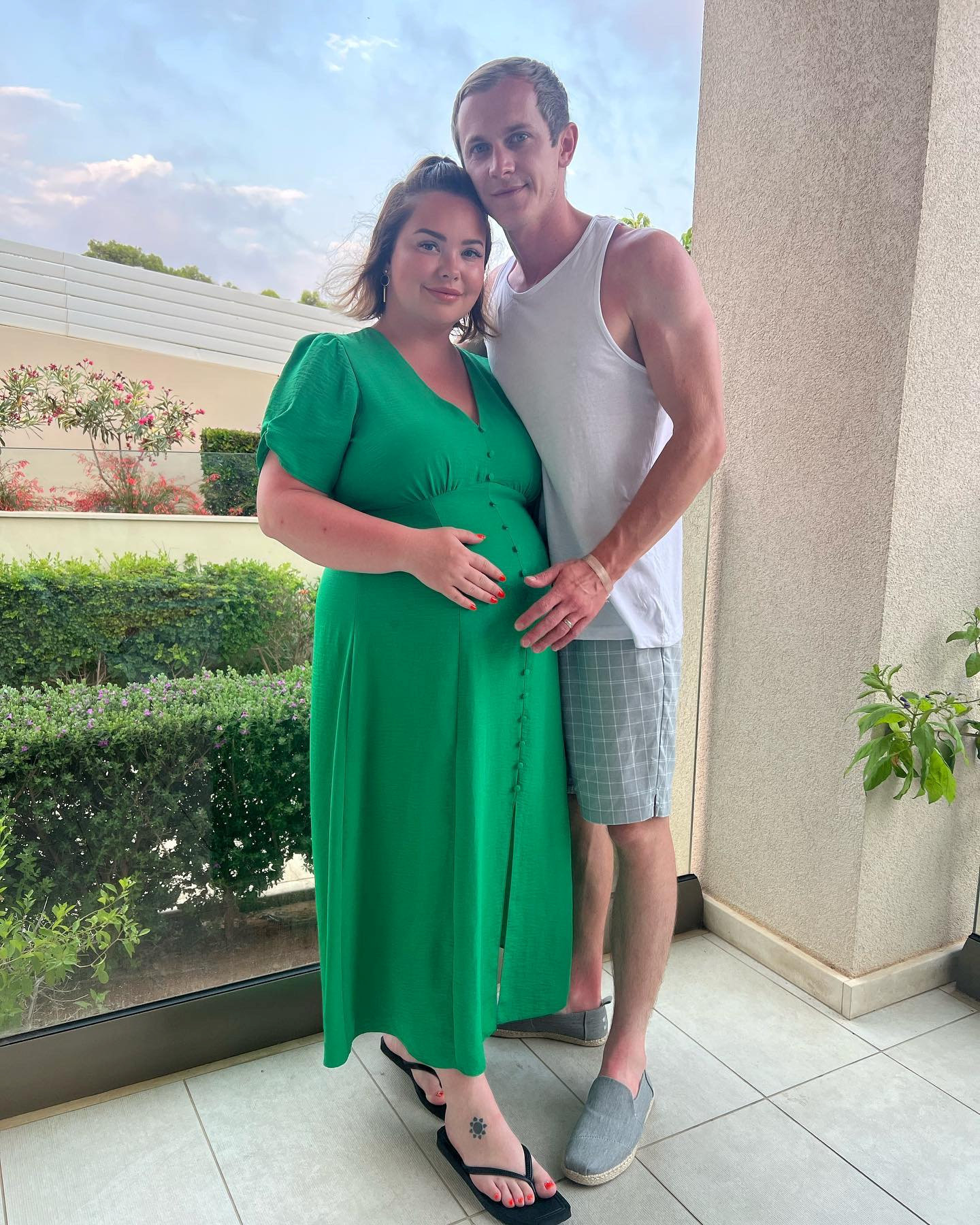 A family is desperately raising money for a mother and her newborn who are stranded abroad – after she gave birth prematurely while on vacation.

Bethany Cleathero, 27, has not been able to return home to the United Kingdom with her daughter since her unexpected birth in Cyprus over two weeks ago.

She was classed as fit to fly over but went into labor at the end of June, hours before she was due to fly home.

Bethany was on a family getaway with her husband Jan, 29, and their two children when she went into labor.

Newborn baby, Molly, was born 16 weeks early at a hospital on the Mediterranean island of Cyprus on June 29.

Since then they struggled to obtain travel documents to take Molly home – and their insurance won’t cover their medical or travel costs.

She and baby Molly remain in hospital because she receives neo-natal treatment costing about $1,000 a day.

Jan, of Cullompton, Devon, England, in the U.K., wrote on the appeal: ”I’m raising money on behalf of myself & my wife Bethany.

”We recently spent some time on holiday in Cyprus with our two daughters.

”On our last day my wife gave birth prematurely at 6 months pregnant!

”Our third daughter is now in the neonatal hospital in Cyprus and my wife is nearby still being taken care of in the general hospital just over an hour away, my wife is still quite poorly & she’s currently fighting off infections and trying to stay strong so she’s able to visit our daughter as soon as physically possible!

”She’s being discharged and we’re now looking at ways she can be closer to our baby!

”I’ve had to come back to the U.K. to bring our two other children home and to try and make sure they’re kept unaware of the seriousness of the situation we now face!

”All our current insurances don’t cover the cost of bringing our baby home and we’re left with the possibility that our daughter may have to stay stuck in Cyprus for the next 3/4 months.

”On top of that we’ve also been made aware that any insurance we do have may not cover the cost to keep her in the hospital and we’re being given quotes of 1,000 pounds [$1,197] a night to keep her there!

”Our only real option is to try bring baby Molly home to the U.K. where she can be given the best possible treatment and care from the NHS!

”With the language barrier it’s been difficult to find out how she’s been doing but with help from the British embassy and our travel provider TUI we’ve been able to find out she’s doing really well & she’s responding to all treatments and all the signs are really positive at the moment!”

He went on to say: ”As a family we’re looking at raising as much as we physically can but I’m more than aware we’ll need help to bring Molly home!”

Speaking from Cyprus, Bethany said: “She needs to have travel documents and should apply for a passport, but we know what the passport office is like.

“Because Molly doesn’t have any form of identification we had to go through the long process of sending off our birth certificates.”

Following a two-week wait they finally received the documents needed with the help of their local member of Parliament.

However, when they arrived to the hospital to take their baby home, the couple were told she had taken a turn for the worst and was no longer fit to fly – leaving the family in limbo.

“Its just sod’s law that we finally get them and now Molly is not fit to fly, when she’s been perfect to fly for 15 days.”

Molly’s condition worsened the night of Wednesday, July 13, due to a hole in her lungs. She had to have an emergency chest drain and a Hickman line inserted.

The couple were not made aware of Molly’s unstable condition until they came to the hospital on the following day.

Due to language barriers causing issues, they are desperate to get Molly home to be treated in an NHS facility.

Bethany said: “We went to an ultrasound because I was having contractions, so they examined me without telling me and just said ‘your baby’s coming’ and rushed me to another hospital.

Jan then had to leave his wife and baby to take his two other daughters, aged three and eight, home, before returning back to Cyprus days later.

Jan and Bethany have turned to the charity Lucy Air Ambulance for Children, who are arranging a flight for the family to return on.

Bethany said: ““I am so thankful to my friends for finding out about the charity.

“We really need people’s kindness to continue in our effort to raise the money we so desperately need to get us home.”

You can donate to the fundraiser here: https://www.gofundme.com/f/help-bring-baby-molly-home?qid=dd9c715f84e4d0…

«Previous Post
Beating The Odds: Man Pushed Past His Paralysis To Become A Bodybuilder And Personal Trainer»Next Post
A Chest Scan For The Virus Reveals Breast Cancer