A Chest Scan For The Virus Reveals Breast Cancer

“I was told if I hadn't been admitted with Covid, by the time I'd have felt it, it would have been too advanced.”
By Simona Kitanovska July 20, 2022
Facebook
Twitter
Linkedin
Email 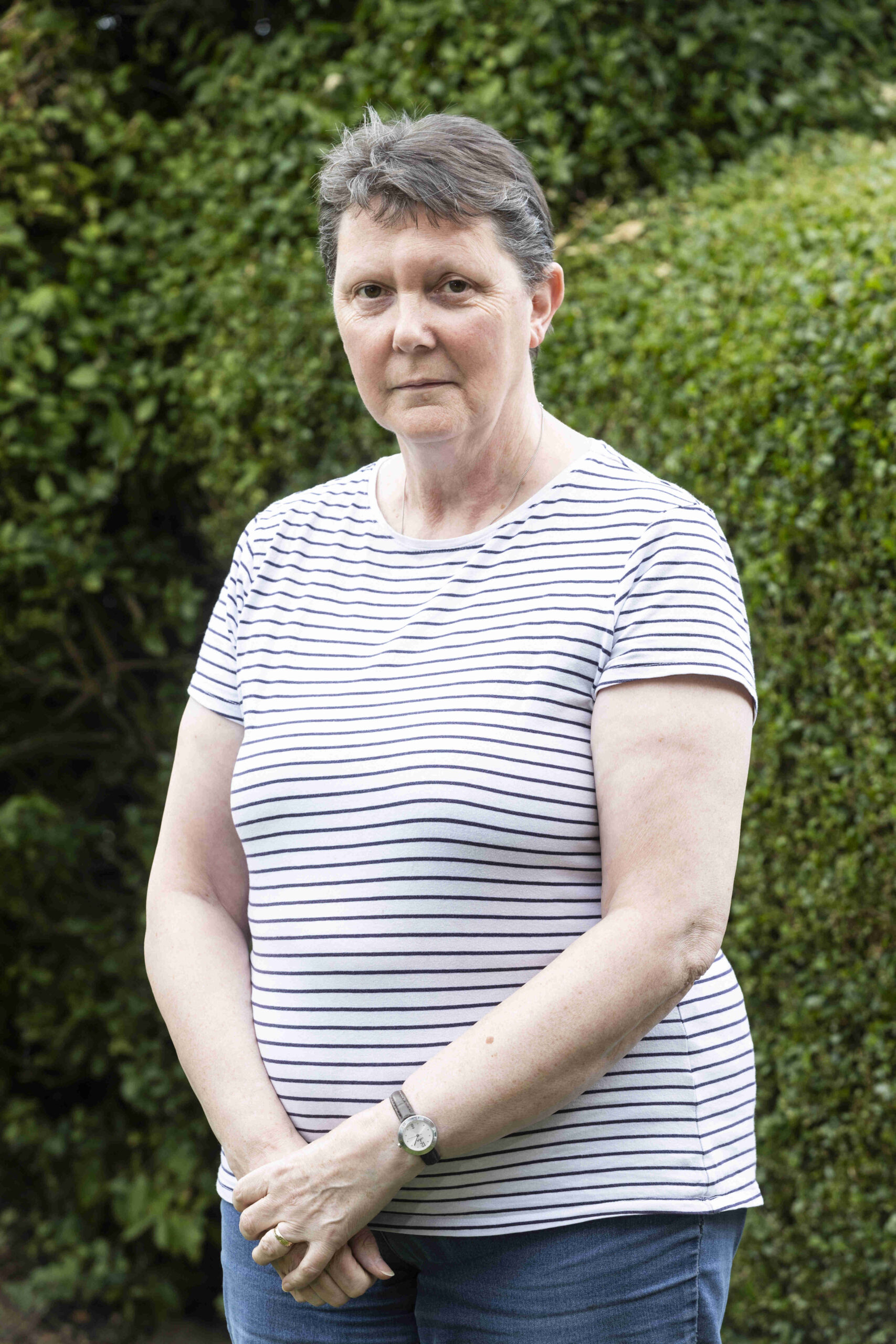 A mother of three has told how Covid saved her life when she was hospitalized with the virus and got a chest scan that revealed she had breast cancer.

Retired nurse Jan Dea, 61, is now in remission but her doctor told her that by the time she had noticed symptoms from the aggressive cancer it would have been too late.

Jan had undergone all her regular mammograms but the traditional screening tool can be less reliable for women with dense tissue.

On mammograms, it comes out white as do tumors – making them harder to spot.

Jan, from Stockton-on-Tees in northern England, in the United Kingdom, who had worked as a stroke nurse for 20 years, found herself back at North Tees Hospital, her old workplace, when she got Covid in late 2020.

Severe coronavirus can lead to blood clots on the lungs so she underwent a CT (computed tomography) scan of her chest which revealed the tumor.

Her husband Brian, 62, a construction supplier, first tested positive at the end of October 2020 – in the midst of the second wave.

Within a week his wife was also struck down – along with their 24-year-old daughter Katie.

It turned out to be a blessing in disguise. She explained: “On November 22 I was at the end of my isolation period – but I just didn’t feel well.

“I was watching a film with my daughter when I had to take myself off to bed. I was freezing and shaking but my daughter Katie said I was burning up.

“Katie called 111 and because I’m asthmatic they sent an ambulance. I didn’t want to waste anyone’s time.

“But because of my cough, the paramedics thought it best to bring me in to check for any blood clots. I was 42 degrees [107 Fahrenheit] and my blood pressure was a bit low.

“I had to go to the hospital alone and the next day they took me for a scan to check for blood clots in my lungs.

“They injected me with a special contrast dye which helps highlight the areas being examined.

“Next day, the consultant came to see me. She said whilst there were no blood clots, when they used the contrast dye, they found a mass in my right breast.

“I was shocked. I’ve had all the mammograms. I go every three years. I thought I was fine.

“But the consultant told me that because I have dense breast tissue it doesn’t always show cancer up on a mammogram.

“I was referred to a breast specialist, but I couldn’t go until I was Covid negative. It had been 23 days of having Covid. I just didn’t think it was possible.

“After isolating at home and having two negative tests, I was able to see a consultant in December. After a biopsy they confirmed it was breast cancer.

“I was told if I hadn’t been admitted with Covid, by the time I’d have felt it, it would have been too advanced.

She continued: “By the time my surgery came round we were in another lockdown in January 2021.

“The hospital I was meant to have surgery at was shut down. But my consultant said I needed the operation within six weeks because the cancer was fast growing.

“So thankfully she managed to get me on a list at another hospital. They took out the area of the cancer and some lymph nodes which luckily it hadn’t spread to.

“Mr. Shaaban performed the operation. I waited another six weeks for radiotherapy and had a condensed treatment over five days.”

When it was over Jan celebrated the end of her therapy by ringing a ceremonial bell as she left James Cook Hospital, Middlesbrough, England, in the U.K. – where the tumor was removed.

Melanie Sturtevant, Policy Manager at Breast Cancer Now, said: “Whilst we know mammography can be less effective at detecting cancer in women with dense breasts, we encourage women to continue to go to breast screening when invited and regularly check their breasts for any new or unusual changes.

“Research is looking at how the NHS breast screening program could better serve the needs of women with dense breasts.

“We hope the emerging studies will highlight the best way to ensure these women have the best chance of early diagnosis.”

Jan has two other grown-up children Peter, 32, and Rachel, 33. She is now back working at Anson Farm, a Greene King carvery and inn from where she was furloughed when she got Covid.

She has signed up for Breast Cancer Now’s Afternoon Tea fundraiser next month along with former MasterChef winner Jane Devonshire who also survived the disease.

Jan said: “Now that my treatment has finished, I’m fundraising for Breast Cancer Now to help raise money for research and support that they provide for anyone affected by breast cancer.

“I’ve lost my mother, father, and Molly across the road – who was like a second mom to me – to cancer. It almost claimed me.

“I am going to host an Afternoon Tea for family and friends at home and do a takeaway version at work. I hope as many people as possible will take part.

“I’ll box up cakes, scones and sausage rolls to make little takeaway boxes and donate that money to the charity too. It should be a really nice way to get together now we all can – and fundraise too.”

Around 56,000 women are diagnosed with breast cancer in the U.K. each year. It claims 11,500 lives annually – making it the fourth most common cause of cancer death.

Anyone can sign up for ‘Hold an Afternoon Tea for Breast Cancer Now’ this August and help make world-class research and life-changing support happen.

Fundraising kits are available at breastcancernow.org/cuppa