Popcorn With Zenger: The Big-Screen ‘Gray Man’ Heads To Netflix

The $200 million Marvel film is a way for the streamer to gain new subscribers and combat a falling stock price. 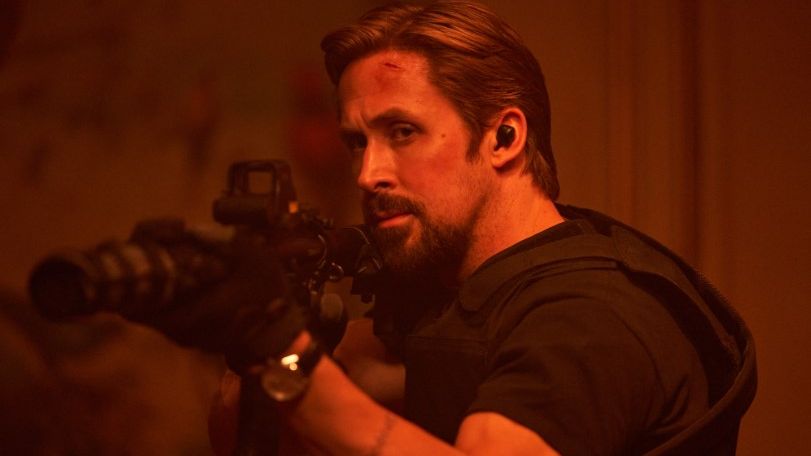 “The Gray Man” is about a CIA asset referred to as Sierra Six, played by Ryan Gosling, used to take out dangerous targets. (Netflix, Inc.)

Fans of the Marvel Cinematic Universe will love this film.

“The Gray Man” just opened in select movie theaters — and it streams on Netflix this Friday, July 22. The streamer describes it as: “When a shadowy CIA agent uncovers damning agency secrets, he’s hunted across the globe by a sociopathic rogue operative who’s put a bounty on his head.”

“The Gray Man” has several built-in plusses — starting with screenwriters Christopher Markus and Stephen McFeely, a duo known for their film work, such as “Captain America: The Winter Soldier” and “Avengers Endgame.”

When viewers see the writers’ names, rest assured Anthony and Joseph Russo are sitting in the director’s chair.  The Russo Brothers have parlayed their “Avengers” success into a multitude of action spinoffs in the last few years, such as “Extraction,” “Cherry” and their latest, “The Gray Man.”

Given their close ties to the Marvel Cinematic Universe, they are also given the luxury of working with MCU actors, including Chris Hemsworth, Tom Holland and one of their personal favorites, Chris Evans.

And, given the box-office talent — Ryan Gosling, Ana de Armas and Evans — it’s easy to see why Netflix is onboard. The hope is it will deliver new subscribers and improve the 65% drop in the company’s stock price this year.

The Story: “The Gray Man” is about a CIA asset referred to as Sierra Six, played by Ryan Gosling. Six is the man the CIA uses to assassinate dangerous trained targets.  After an assassination attempt overseas goes wrong, Six discovers the true objective behind his mission is to eliminate the very program he’s in. That means, sooner or later, he’s going to be the next target.

The brass wants Six to retrieve a valuable necklace with classified information stored inside it, but he decides to go rogue and find out more about the secret CIA mission. A massive manhunt for Six begins when the CIA recruits a psychopathic killer (Evans) to hunt down Six before its mission is leaked. However, with numerous other assets implicated in this mass cover-up, things get messy.

Bright Spots: This is not a typical Netflix production. This is a big-budget action film that cost upwards of $200 million to produce. The film does not skimp on big stunts, colorful and expensive locations, or well-known global actors.

Ryan Gosling has a knack for taking emotionless characters and giving them personality and charisma. His performance is the one consistent piece of this puzzle that makes the film work. Ana de Armas plays a secondary role, but proves her value, once again, as a reliable character actress. “Gray Man” is a perfect espionage thrillers for fans of the genre. There are many notable characters that keep the film engaging till the end.

The story is fleshed out enough so “The Gray Man” gets all the basics right: the conflict, plot and conclusion. But start combing through the finer details of the story and the film shows cracks.

Weak Spots: One of the weakest aspects of this movie is actor Chris Evans playing the role of a sociopath. The problem: Evans is told to play a character that doesn’t care for anyone but himself. What he does is playing a character that turns out to be a cartoon, and that lack of nuance is troubling, since he is in a narrative conflict with everyone else in the story.

Like most MCU films, this movie also has a villain problem. In the first act, the film establishes there is a CIA suit who is looking to clean up the ranks in the agency. The move is portrayed as a power grab.  As we get deeper into the story, the villain set up in the first act disappears for the rest of the movie.  It is later explained there could be another, more powerful operative pulling the strings. However, “Gray Man” drops the ball on revealing who it is.

This leaves the audience feeling short-changed, given the two-hour ride they just took.

The Takeaway: “The Gray Man” is a summer popcorn flick released on a streaming service.  One can argue that a film with this much money and star power behind it would play better on a big screen, rather than a home theater. Still, “The Gray Man” is one of the better films on Netflix this year, making it a rare diamond on the streamer.

See or Skip: “The Gray Man” is a film that’s worth the two-hour watch. It is a strong showing in an otherwise weak summer release schedule.