Vet Drills Into Dog’s Skull To Miraculously Restore Its Sight

“It was a real happy ending. He’s a fabulous dog, a one of a kind and we owe Alex and VSS everything.” 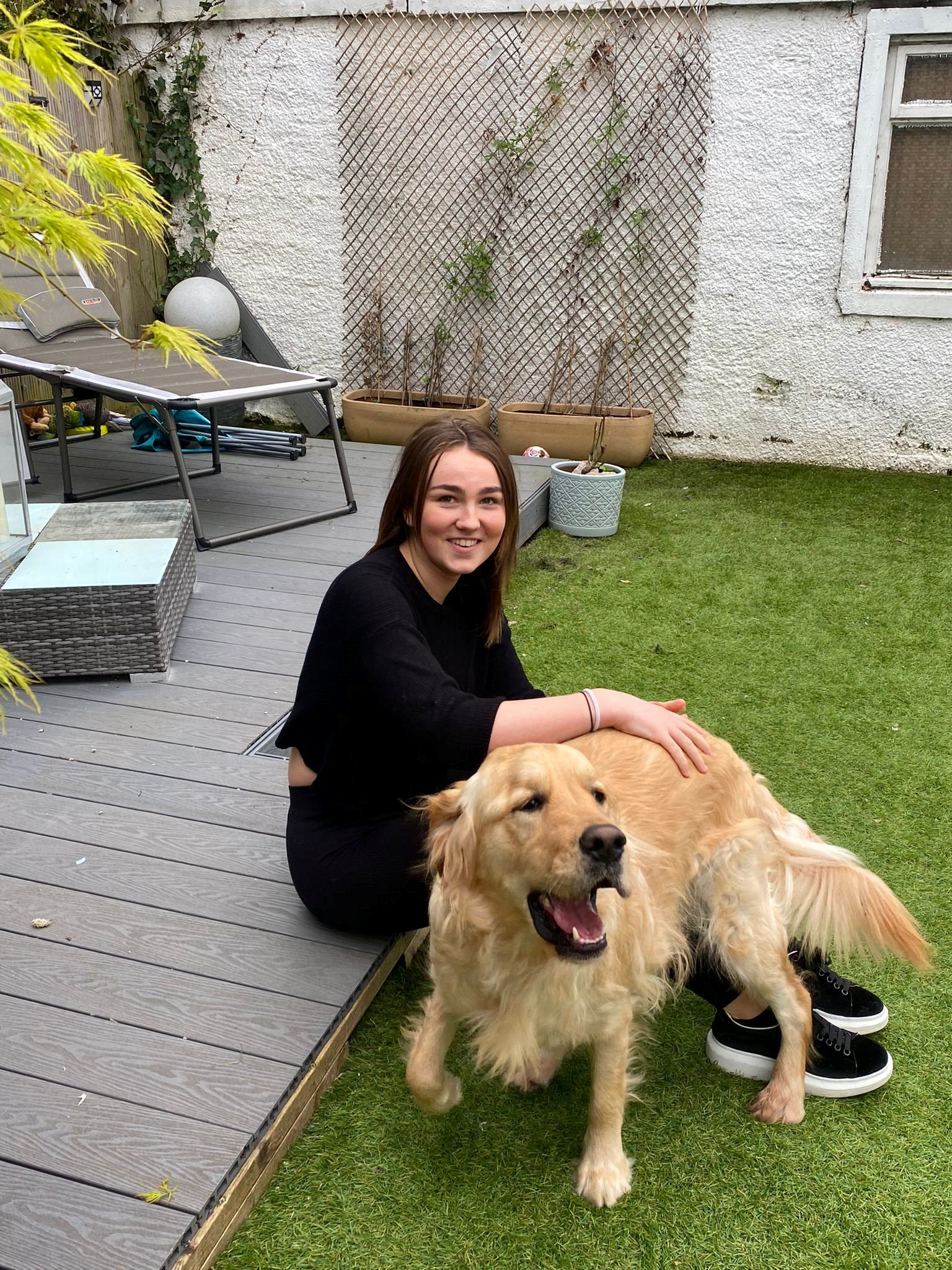 A blind dog had his sight miraculously restored by a vet who drilled into his skull to drain fluid which was “swamping his brain”.  (Matthew Newby, SWNS/Zenger)

A blind dog had his sight miraculously restored by a vet who drilled into his skull to drain fluid that was “swamping his brain.”

Gus the golden retriever was taken in by kind owner Sarah Millar, 40, and her daughter Mia, 16, when he was a puppy.

His sight was failing but when he was nine months old he went completely blind, meaning Mia had to act as a ‘human guide’ for him on their daily walks.

He was examined by eye-disease experts who were baffled and said his eyes appeared to be perfectly healthy so referred him to Veterinary Specialists Scotland (VSS).

Gus’s family, from Carlisle, Cumbria, in England’s north, in the United Kingdom, took him to the veterinarian where he was treated by neurologist Alexandra Ferreira.

Scans revealed Gus’s blindness was being caused by pressure building inside his brain.

Sarah said: “Gus had MRI and CT scans and Alexandra was amazed.

“She said he had the biggest case of hydrocephalus (fluid on the brain) that she’d ever seen and it was swamping both sides of his brain.

“I was shocked and couldn’t imagine the pain he was in but Alex said the result wasn’t the worst outcome as there was a way to drain the fluid and ease the pressure on Gus’s eyes and brain.”

Gus underwent a grueling three-month battle with multiple procedures to release the fluid from his brain.

Sarah added: “Gus needed to have a shunt fit to drain the fluid from his brain into his stomach but there were a series of setbacks along the way.

“First, he reacted badly to the anesthetic, then he needed to have a second shunt fitted with a controller to govern the flow.

“There were lots of tears along the way and it was a real rollercoaster of emotions.”

In June, the family was finally able to take their beloved pet home after the final successful operation.

Sarah said: “There were many times when we were worried to answer the phone in case it was bad news, the worst news.

“Instead, one morning we got the call to say that Gus had come off his sedation and had even been for a little walk outside.

“Not long afterward, Alex said he could come home because she felt he would thrive even more with his family around him.

“It was a wonderful moment. Gus is actually my daughter Mia’s dog and he came home in time for her 16th birthday. She says it was her best birthday present ever.

“It was a real happy ending. He’s a fabulous dog, a one of a kind and we owe Alex and VSS everything.

“She put her heart and soul into saving his life and we couldn’t be more grateful. It’s been a miraculous thing to see Gus get his sight back.”

Vet Alexandra, who treated Gus at the Linnaeus-owned center in Livingston, Scotland, in the U.K. said: “We don’t have an accurate way to measure the intracranial pressure in dogs and surgery had to be repeated using a high-pressure shunt to improve control.

“When I placed this second shunt, I did not want to prep and drill the other side of the skull, as I was afraid of infections and further trauma, so I decided to go on the same side but reposition the shunt.

“Gus is far more responsive and interactive at home and I am delighted for him and for Sarah and the family.”