Police believe that the suspect, who was arrested at Sheremetyevo Airport was working as an insider for an organized crime gang.
By Joseph Golder July 20, 2022
Facebook
Twitter
Linkedin
Email 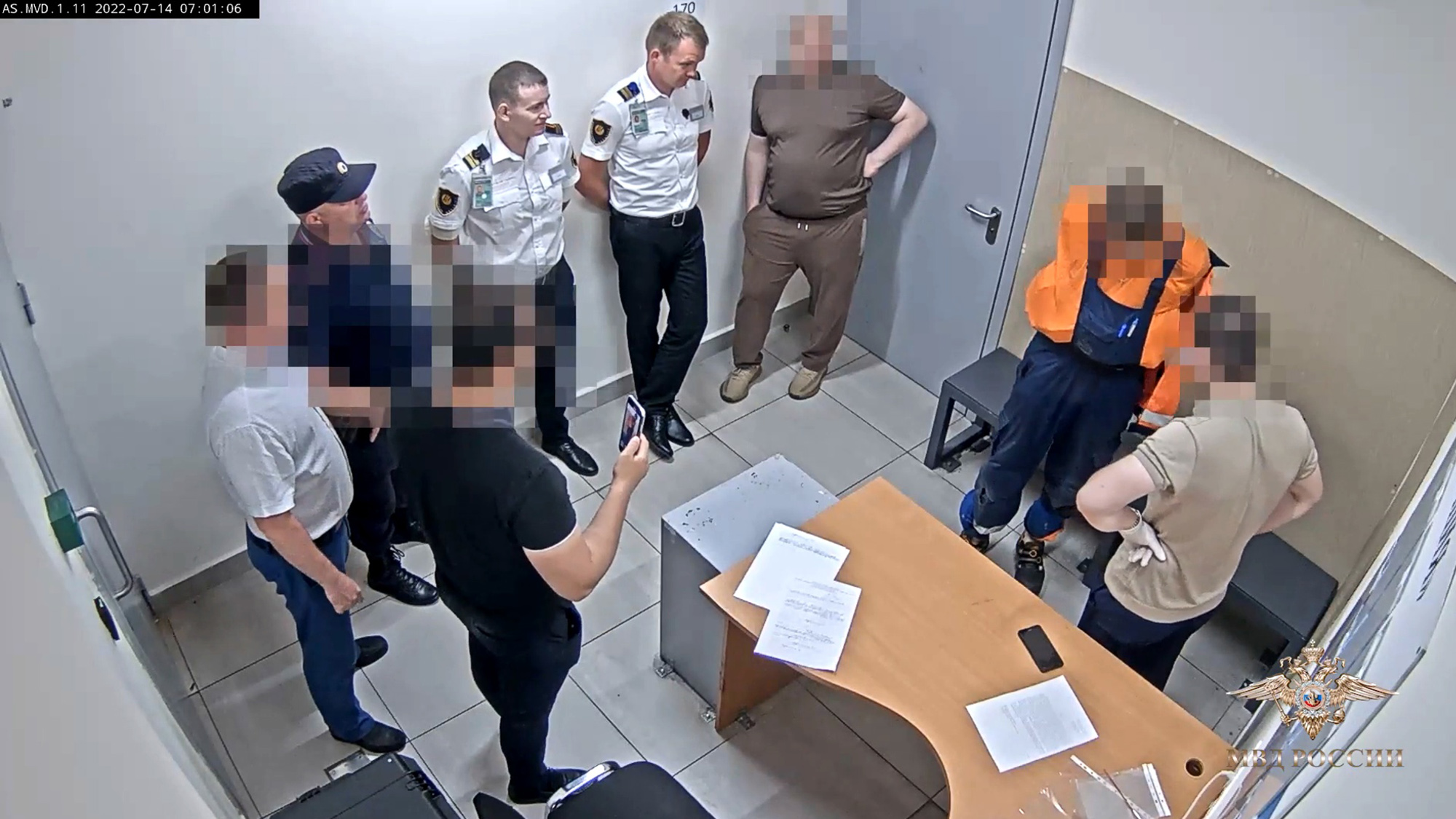 An airport baggage handler who allegedly stole from passengers' luggage at Sheremetyevo Airport in Moscow, Russia, handed over the money he hid under his shirt. (mvdmedia/Zenger)

A baggage handler has been seized by police accused of stealing nearly $380,000 from passengers’ luggage at Moscow airport.

Police believe that the suspect, who was arrested at Sheremetyevo Airport, just outside the Russian capital, was working as an insider for an organized crime gang.

Footage from the Russian authorities following his arrest shows the suspect wearing a T-shirt bulging with bundles of banknotes.

As he is forced to face police cameras, the footage shows how the suspect unfastens his overalls and takes out packet after packet of rubles from under his orange T-shirt.

Irina Volk, a spokesperson for the Ministry of Internal Affairs of Russia, said in a statement: “At Sheremetyevo Airport, police detained a suspect in embezzlement of 21 million rubles [$377,800].

“Employees of the line department of the Ministry of Internal Affairs of Russia at Sheremetyevo Airport detained a resident of the Moscow Region, who works as a loader in the airport complex.

“He is suspected of the theft committed by a group of persons by prior agreement on an especially large scale.”

The suspect was reportedly arrested after a chase before handing over the stolen money. The footage shows him being marched to an interrogation room at the airport after being apprehended.

The suspect, who has not been named, has been detained and has been charged with theft.

There are currently no direct flights to most countries in Europe, due to the war in Ukraine.

It is, however, still possible to travel between the two regions by first stopping over in a country that has not closed its airspace to Russian air travel.

This includes the United Arab Emirates.

But this also means that the travel distance and therefore the costs of traveling are much higher.

Moscow’s Sheremetyevo Airport is one of four international airports that serve the Russian capital.

The airport, which was originally built as a military base, is widely known to be the busiest airport in Russia and one of the busiest in Europe.

It was originally named after the nearby village of Sheremetyevo and in 2019 a contest has extended its name, with it now officially named the Sheremetyevo Alexander S. Pushkin International Airport, in honor of the famous Russian poet Alexander Pushkin.