The images were obtained from the Command of the Airborne Assault Troops of the Armed Forces of Ukraine, on Monday, July 18. 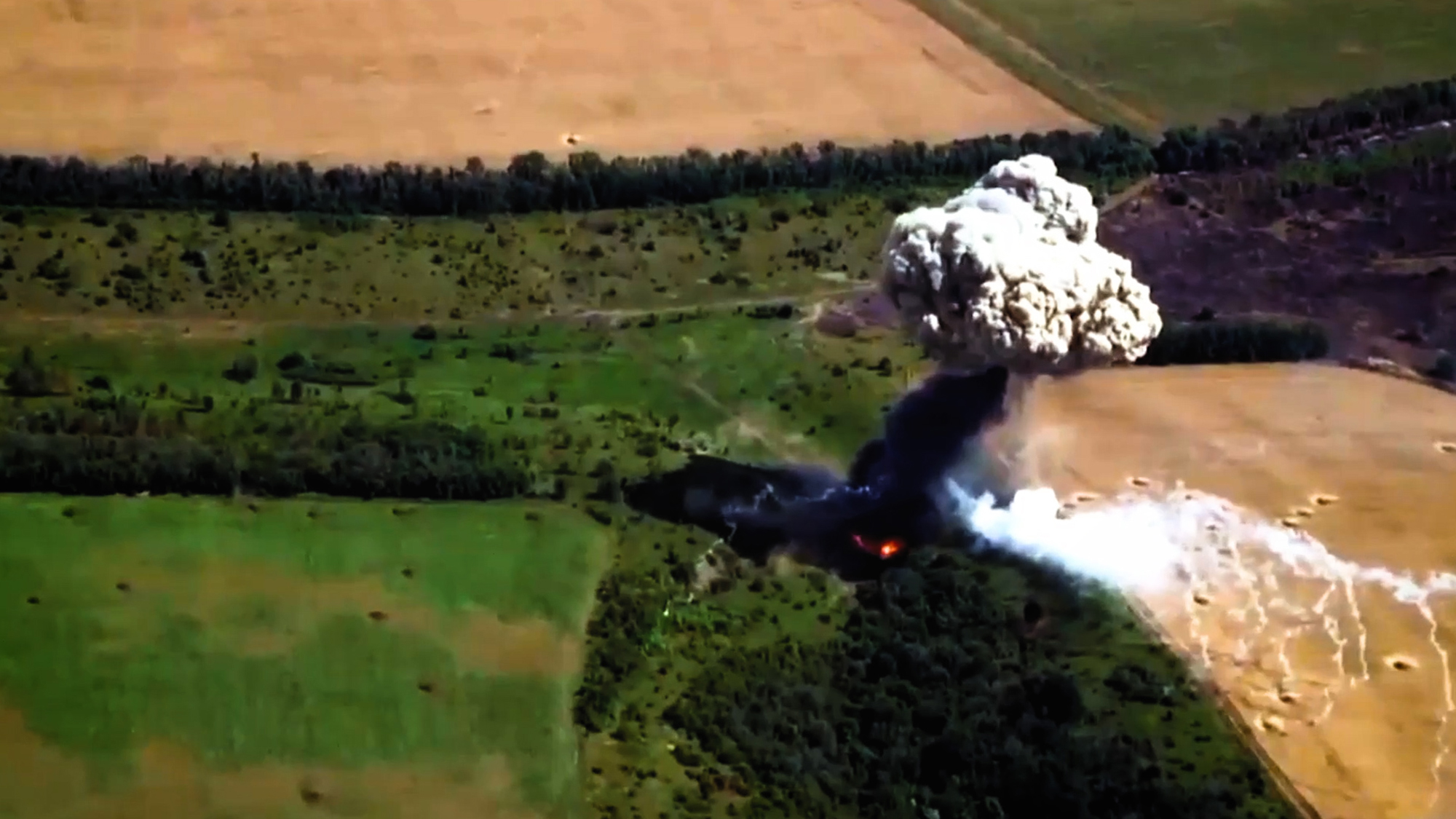 Ukrainian gunners destroyed two Russian howitzers, as can be seen from this dramatic footage.

The video begins by showing what appear to be Russian military vehicles hiding in a forested area before they are repeatedly hit by Ukrainian ordnance.

They eventually explode in a large fireball, with a plume of black smoke rising into the air as the footage ends.

“Soldiers of the artillery units of the Airborne Assault Forces and the Ground Forces of the Armed Forces of Ukraine continue to destroy the Russian invaders in close cooperation.

“The hunt for priority enemy targets continues! We continue to carry out combat missions and destroy the enemies of Ukraine!

“Death to the Russian invaders! Together to victory! Glory to Ukraine!”

The 2S19 Msta is a self-propelled howitzer that was originally designed by the Soviet Union and which entered service in 1989.