The images were obtained from Andriy Yermak, on Saturday, July 16. 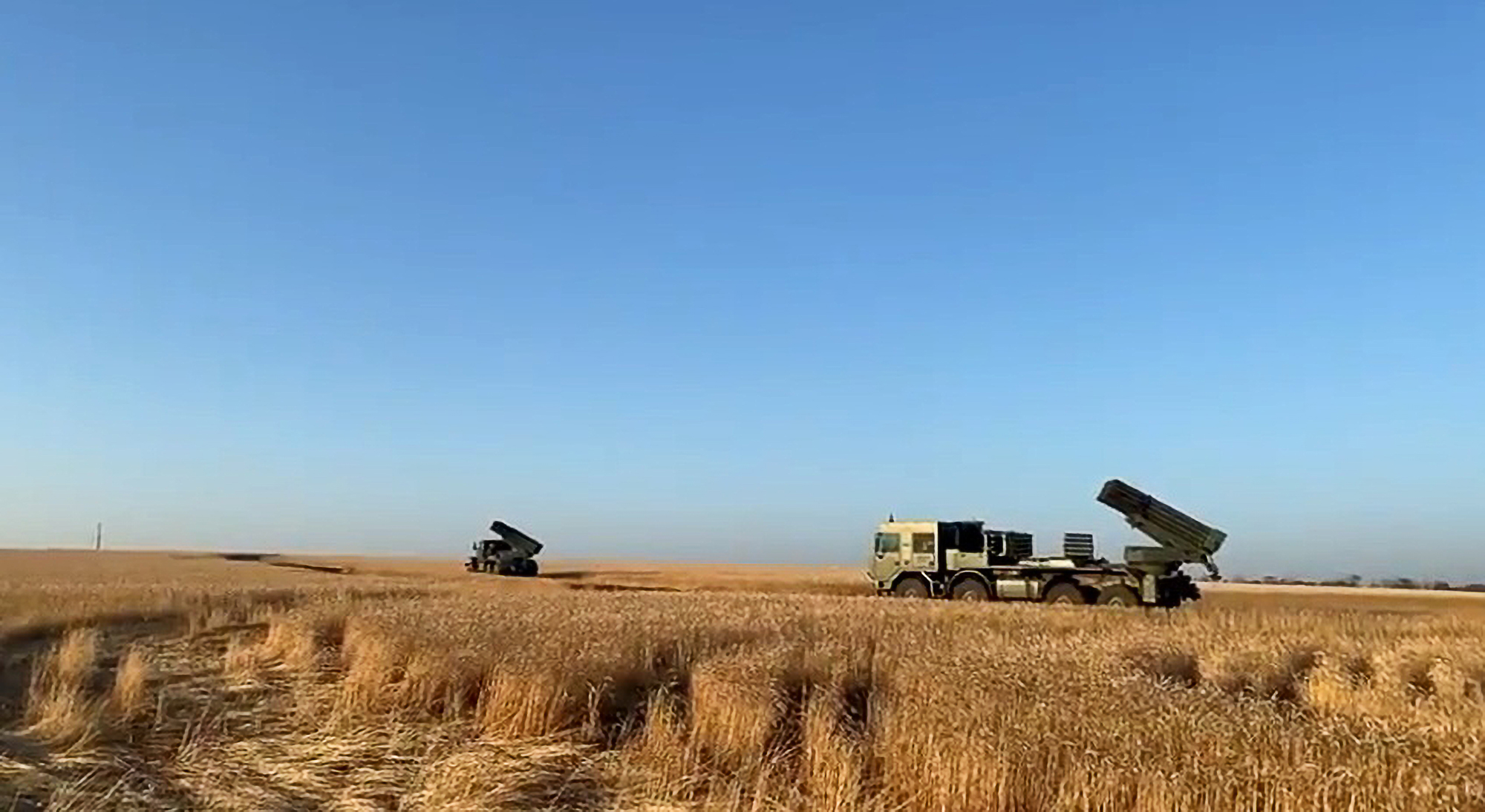 The images were obtained from Andriy Yermak, 50, the Head of the Presidential Administration of Ukraine, on Saturday, July 16, along with a short statement saying that the footage showed “RM-70 Vampires MLRS”.

The images were also relayed by a Ukrainian MP and former governor of the Lviv region, Oleh Synyutka, 52, who confirmed that they show a “Ukrainian field and Czech RS30 RM-70 Vampire” MLRS units.

Anton Herashchenko, 43, an official advisor and a former deputy minister at the Ukrainian Ministry of Internal Affairs, said: “Czech beauties-vampires are a joy to the eyes! Such Vampires are not afraid of daylight. And in general, no one is afraid!

“And they react to the Russian occupiers with lightning speed and on the spot.”

The RM-70 multiple rocket launcher system is a heavier version of the Soviet-era BM-21 Grad. The RM-70 was first introduced into the Czechoslovak army in 1971. The Czech Republic has donated an unspecified number of war machines to Ukraine since the Russian invasion began.

We contacted the Head of the Presidential Administration of Ukraine for further comment, as well as the Russian Ministry of Defense, but haven’t received a reply at the time of writing.