Stunning GPS Portrait Of Queen Elizabeth Made By Light Aircraft

“None of them had any idea what the final image would look like – each team was given a small, unrecognizable chunk."
By Simona Kitanovska July 20, 2022
Facebook
Twitter
Linkedin
Email 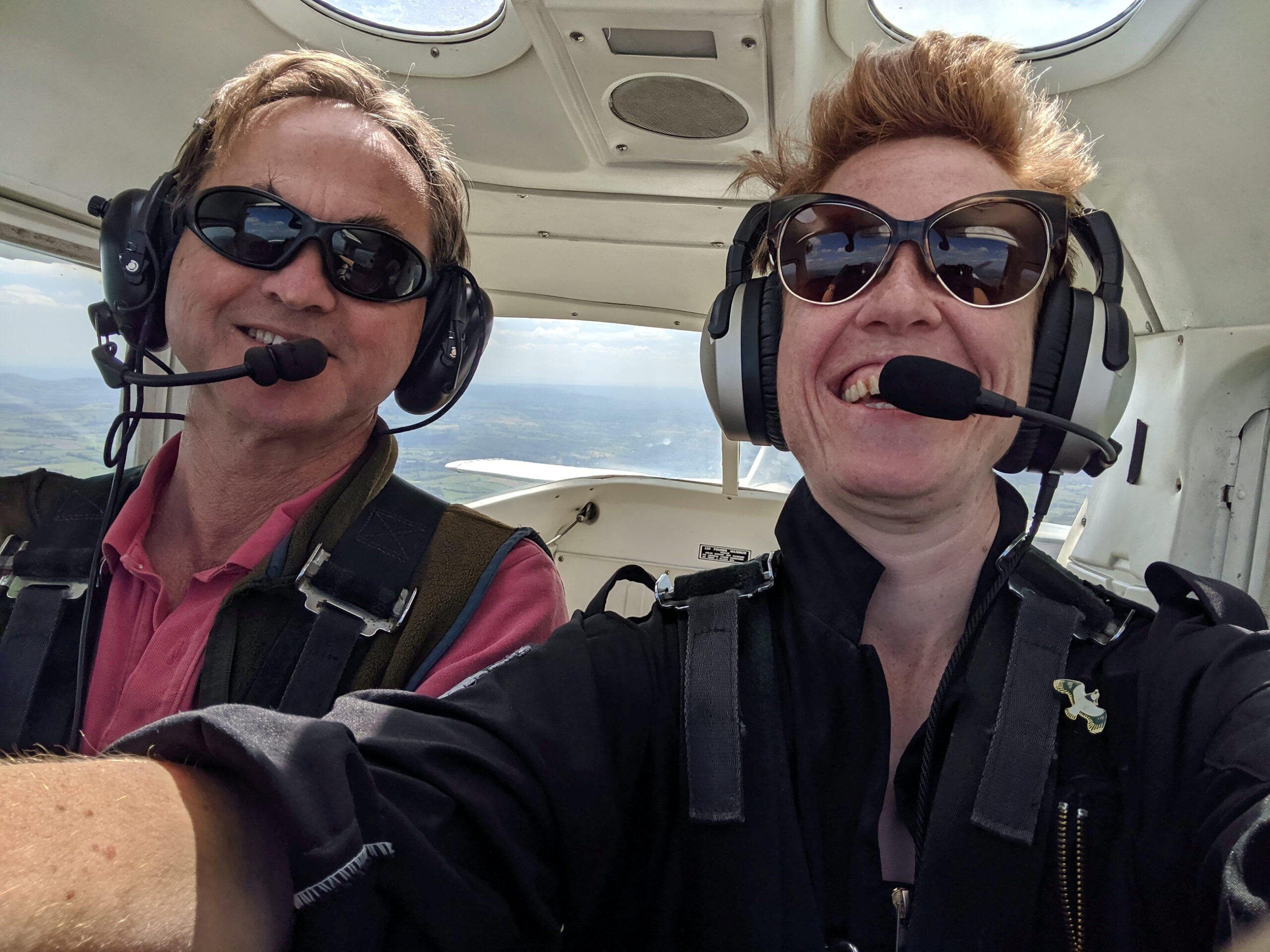 This stunning GPS portrait of the Queen was created over a period of months - using six individual light aircraft. (Steve Chatterley, SWNS/Zenger)

This stunning GPS portrait of Queen Elizabeth was created over a period of months – using six individual light aircraft.

The 12 aircrew members from Henstridge in Somerset, England, in the United Kingdom, teamed up to complete the world’s first-ever GPS portrait to be drawn by multiple aircraft.

Followers of FlightRadar24 may have spotted a few strange recent goings-on with aircraft across the county.

Their flight paths generated some very unusual shapes over the course of several months.

“None of them had any idea what the final image would look like – each team was given a small, unrecognizable chunk which, when flown, recorded on SkyDemon [aircraft GPS software] and sent back would be stitched together digitally to form the final image.”

Amy began illustrating images by air in 2020 between lockdowns, having since drawn a wide range of images in her 1972 Cessna 150 Aerobat including an award-winning and world-first GPS portrait of early aviator, John Stringfellow with her co-pilot, Mervyn White.

“It was a fun skill to try out when flying the local area. I was bored of bimbling and wanted to start something exciting and new”, she added.

“My fellow pilot friends at Henstridge showed a great and kind interest in my GPS scribbles, and then it clicked; it would be so much more fun to try one together as a united team with as many aircraft as possible.”

There were many challenges involved, including planning around tricky weather conditions, a re-flight undertaken due to co-pilot health and a Carbon Monoxide scare in one aircraft’s cockpit.

But the teams took the problems in their stride with extraordinary courage, skill and determination to complete this image.

Amy continued: “I must thank the team members for their extraordinary courage to push the boundaries of aviation forward, to try something new to them and air sports as a whole.

“Their unwavering trust in following a somewhat crazy artist, and their unrivaled strength and tenacity of spirit is of considerable merit.

“The range and diversity of our members and fleet is truly demonstrated in this mind-blowing image that we are proud to present to Her Majesty the Queen and the United Kingdom – I’m so immensely proud of our whole team who are like a family to me.”