The images were obtained from the Command of the Special Operations Forces on the evening of Sunday, July 17. 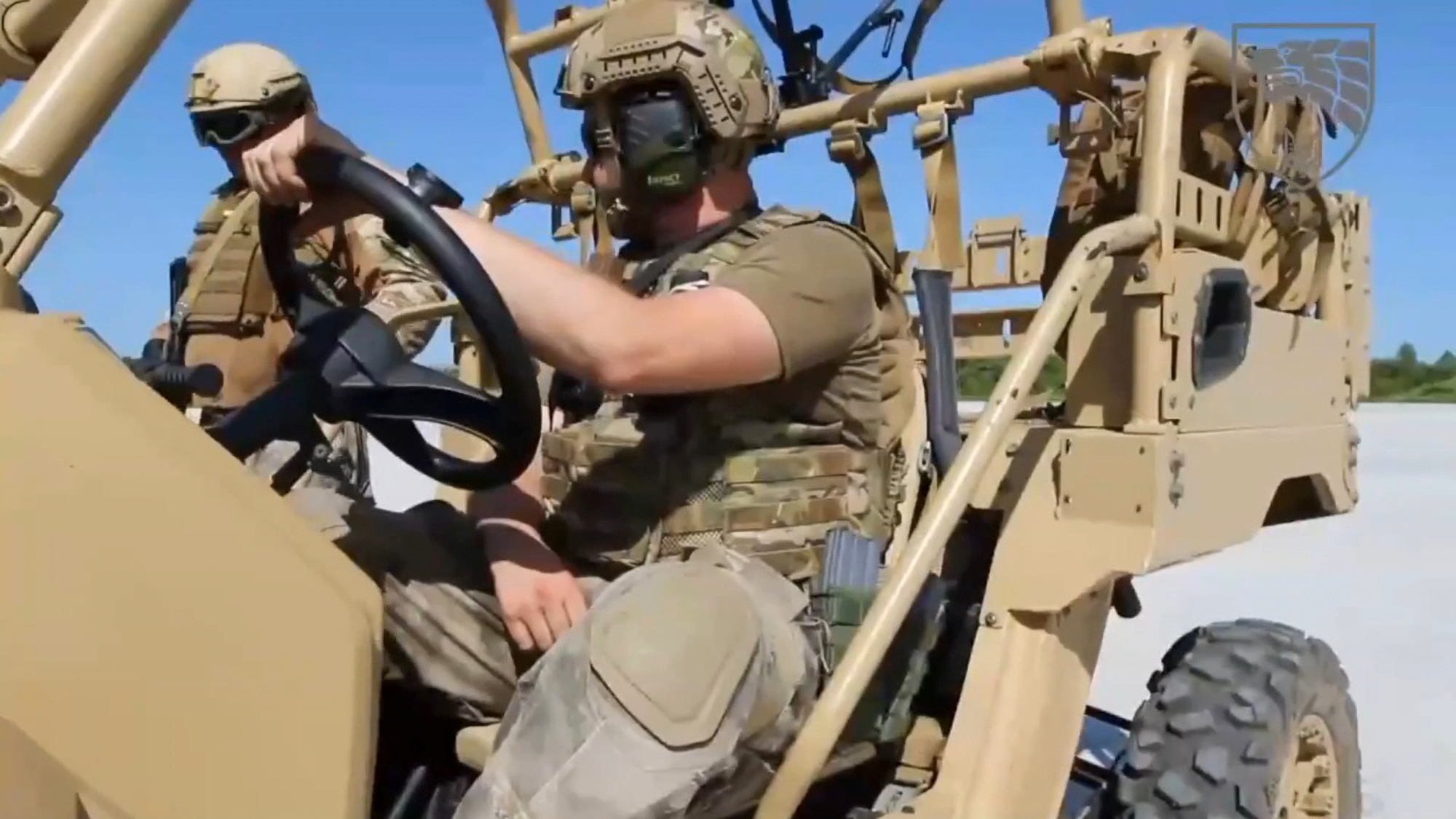 Operators of the Special Operations Forces of the Ukrainian Armed Forces receive and test combat buggies from foreign partners in Ukraine. (@usofcom/Zenger)

Ukrainian special forces showcase high-speed buggies supplied to them by foreign allies, as can be seen from these images.

The images, which were obtained from the Command of the Special Operations Forces (SSO) of the Armed Forces of Ukraine on the evening of Sunday, July 17, show Ukrainian special forces soldiers taking part in a rescue exercise to evacuate a ‘wounded’ soldier.

Two buggies, their make and model currently unclear, can be seen racing to a location to rescue an injured soldier. During the exercise, they can be seen coming to a stop before they load the soldier onto a stretcher as other soldiers stand guard while manning machine guns mounted on the vehicles.

The Command of the Special Operations Forces said in a statement: “Every minute counts!

“Especially near the enemy on the front line. For SSO operators, not only power is important, but also mobility.

“New means of transportation from our foreign partners easily cope with all tasks.”

We contacted the Command of the Special Operations Forces for further comment, as well as the Russian Ministry of Defense, but haven’t received a reply at the time of writing.