It is unclear where exactly in Ukraine the footage was filmed, but it was obtained from the 14th Separate Mechanized Brigade. 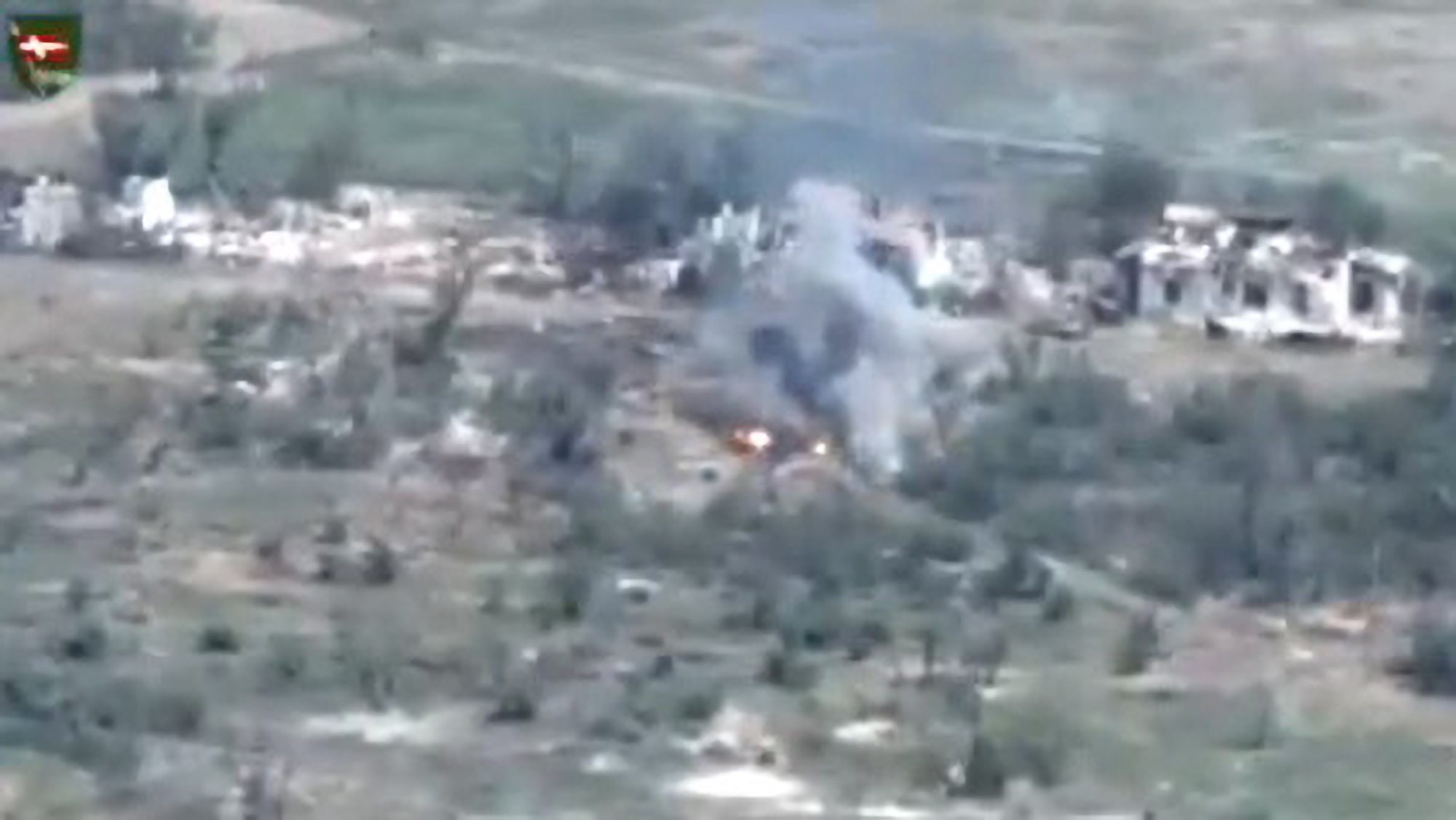 Ukrainian soldiers rained down destruction on the Russian invaders while promising to subject them to a living hell until they leave their country.

The 14th Separate Mechanized Brigade said in a statement: “There is no better sight than fire burning the enemy!

“They do not expect the biblical hell, they will burn alive in the hell that we will provide for them – day and night, almost every hour!

“The princely soldiers burn the abomination! Everything will be – Ukraine!”

The images and statement were also relayed by the Ground Forces of the Armed Forces of Ukraine.

We contacted the 14th Separate Mechanized Brigade for further comment, as well as the Russian Ministry of Defense, but haven’t received a reply at the time of writing.