The images were obtained from the 80th Air Assault Brigade along with a statement. 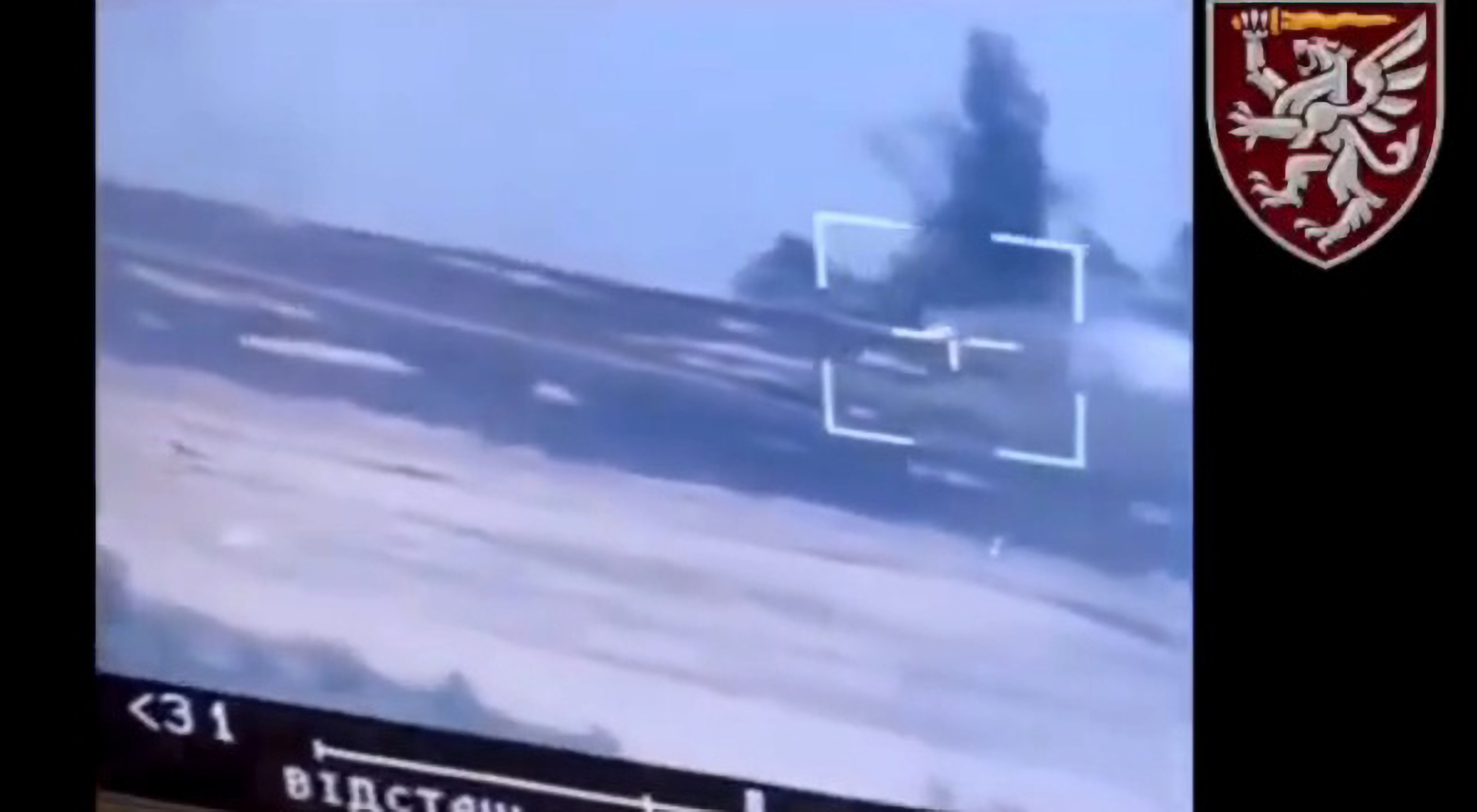 The Armed Forces of Ukraine share that they have destroyed two Russian tanks with effective shots from the Stugna anti-tank missile system in Ukraine. (@80brigade/Zenger)

Ukrainian forces hit a moving Russian tank with an anti-tank guided missile on the eastern frontline, as these images show.

It was one of two tanks destroyed by the 80th Air Assault Brigade using Ukrainian-made Stugna anti-tank guided missiles.

“The Russian scrap trampled the remains of a burned-out Ukrainian field. But our ATGM operators took revenge for our land, for our grain with a masterful hit.”

They signed off with “Glory to [the] Airborne Forces!” and “Glory to Ukraine!”

We contacted the 80th Air Assault Brigade for further comment, as well as the Russian Ministry of Defense, but haven’t received a reply at the time of writing.