Moonmaker: Scientists To Use Moondust And 3D Printers To Build Lunar Settlements

Now experts from the Moonrise project plan to repeat the experiment with a trip to the Moon’s surface. 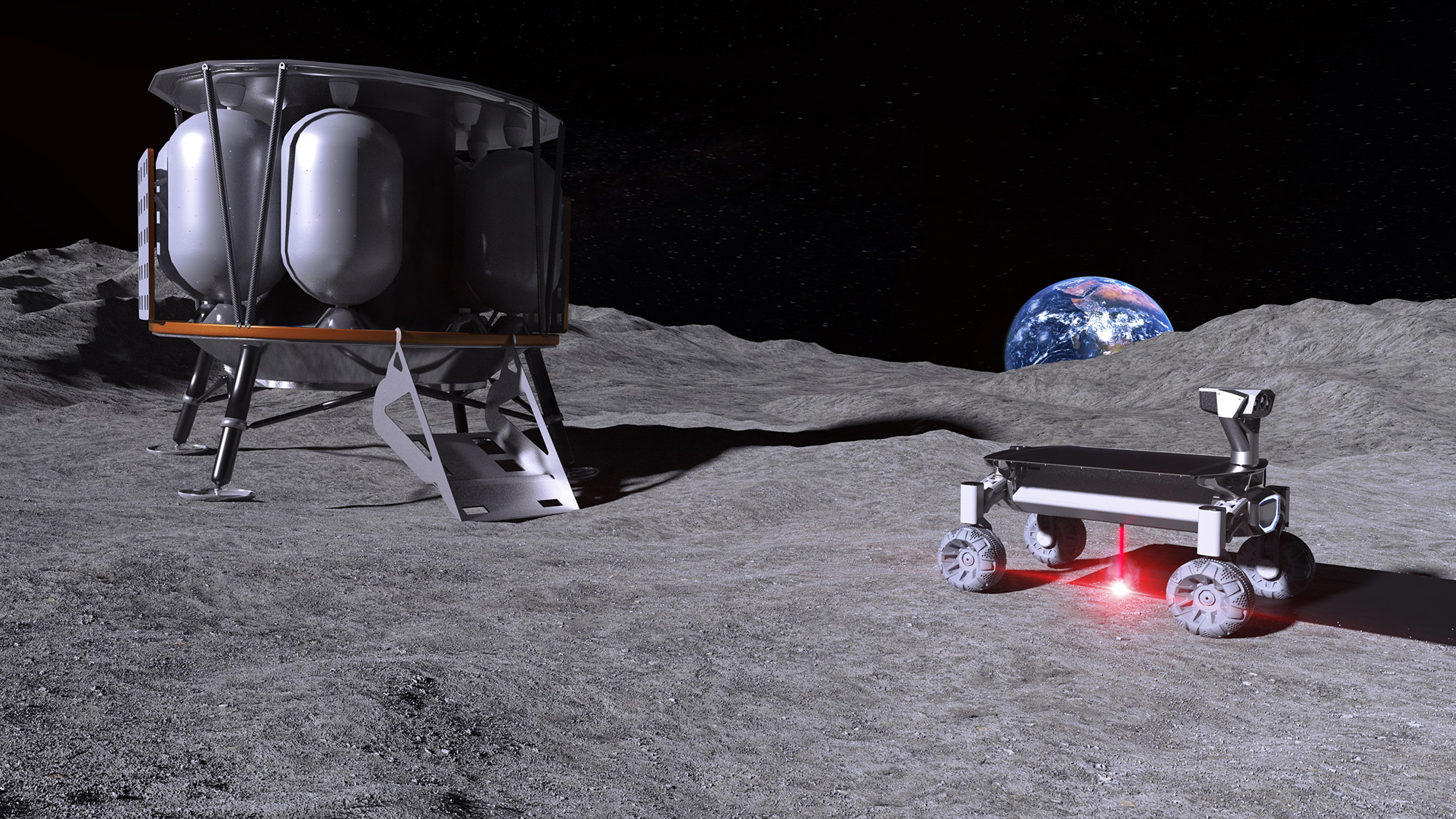 The MOONRISE technology shall be used on the Moon, where it will melt lunar dust with a laser. (LZH/Zenger).

Space scientists are planning to turn lunar dust into the raw material for 3D printers to construct settlements and landing pads on the Moon.

The project – being carried out by scientists from the Hannover Laser Center (LZH) and the Berlin Technical University (TU Berlin), located in Germany – has already been tried successfully on Earth.

Now experts from the Moonrise project plan to repeat the experiment with a trip to the Moon’s surface.

Scientists say that by melting moon dust with a special laser, it can be converted into raw material for 3D printers to construct buildings, roads and landing pads.

Moonrise experts say the alternative – taking buildings to the Moon from Earth – is just too costly.

Jorg Neumann – Moonrise manager at LZH – explained: “At a cost of up to a million dollars per kilogram, a complete transport of the material from Earth to the Moon would be extremely expensive.”

Pulverized lunar rock, or regolith, on the other hand, is abundant on the Moon and could be used as a raw material for 3D printing, say the Moonrise team.

And on-site fabrication of infrastructure could save enormous transportation costs.

The use and processing of on-site materials – also known as In-Situ Resource Utilization (ISRU) in spaceflight – could be a crucial factor in advancing the exploration of the Moon and space.

The treatment by the laser the team believes will result in the production of regolith.

In the statement obtained by Zenger News, the project Moonrise team said: “Billionaires are not the only ones who want to fly well-paying guests around the Moon.

“The European Space Agency (ESA) also has plans for a “Moon Village”.

“This is because the far side of the Moon, which is always turned away from the Earth, would be suitable for powerful space telescopes.

“In addition, the lower gravity and lack of an atmosphere make the Moon an ideal stopover for setting up missions to more distant destinations in space.

“But how will launch pads, landing sites and buildings be constructed on the lunar surface?”

The groundwork for the project has already been laid.

In the predecessor project funded by the Volkswagen Foundation, the research team developed a compact, robust laser and successfully tested it in the laboratory on the robotic arm of a lunar rover.

The scientists also succeeded in melting regolith under lunar gravity in the Einstein-Elevator of the HiTEC (Hannover Institute of Technology) at Leibniz Universitat Hannover.

The task now is to make the laser fit for lunar flight and the scientists from LZH and TU Berlin want to develop a flight model of the laser that is qualified for use in space.

The laser will be supported by artificial intelligence (AI).

A camera will take photos on the Moon. Researchers on Earth will then analyze these photos with the help of an intelligent image processing system.

The system will help analyze the lunar dust melted by the laser and provide the scientists on Earth with AI-based process and quality control.

Neumann added: “Our regolith construction kit will be adapted to the landing site on the Moon, so that in the laboratory the laser and the AI can be aligned with the real lunar mission.”

The big challenge here is that the AI must be trained in advance for use on the Moon.

“Therefore, scientists will create a laboratory at the TU Berlin in which they will photograph the regolith under lighting conditions that mimic those on the Moon.

“This will allow a corresponding pool of images to be created with which the AI can be trained.

Benedict Grefen from the group “Exploration and Propulsion” from the Institute of Aeronautics and Astronautics (RFT) at TU Berlin, added: “In addition, a regolith construction kit has been developed over the past few years, which allows the various possible landing sites to be precisely recreated in terms of properties.

“This is then adapted in the project to the final landing site on the Moon, so that in the laboratory the laser and the AI can be aligned with the real lunar mission.”

The Moonrise project will run for three years and is funded by the German Federal Ministry of Economics and Climate Action with 4.75 million euros ($4.82 million).

The mission is scheduled to launch in 2024.