More than two in five firms on the remote island have reported difficulties in hiring employees. 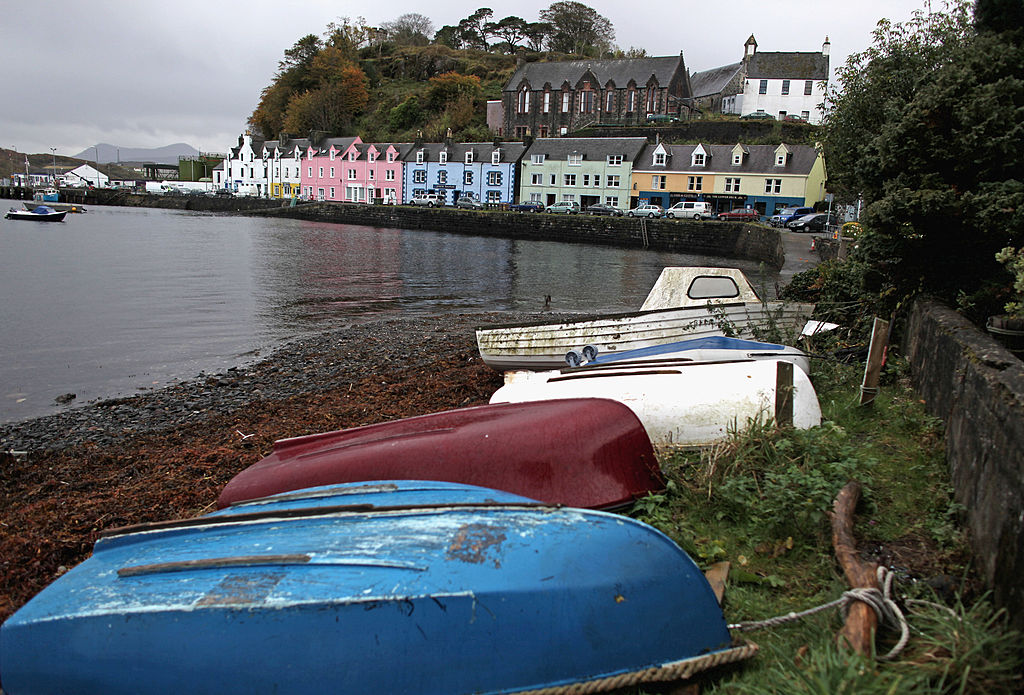 A view of the Portree Harbour on the Isle of Skye on October 27, 2010 in Scotland, United Kingdom. (Photo by Jeff J Mitchell/Getty Images)

Jobs on the idyllic Isle of Skye, which is popular with tourists, are going unfilled because workers cannot afford accommodation, new research has found.

Some 1,700 jobs are currently vacant on Scotland’s Isle of Skye, in the United Kingdom, due to workers being unable to secure affordable accommodation, according to the new study.

More than two in five firms on the remote island have reported difficulties in hiring employees, with 89 percent of businesses that have five or more staff now struggling to recruit.

Around a third of employers have had job offers turned down, with lack of accommodation reported as a factor in half of these cases.

The hospitality industry on the island has been particularly hit by the island’s housing crisis, with chefs and housekeepers among the posts hardest to fill.

Skye is one of the Inner Hebrides islands off the west coast of Scotland, and is known for having a significant number of Gaelic-speakers.

Transport and health jobs have also been impacted, with roles with salaries of 30,000 British pounds ($35,500) or less most likely to remain vacant.

The report found housing shortages are having a direct impact on the local economy with many businesses forced to reduce services or choosing not to invest anymore.

The rise in second-home ownership on Skye and a lack of long-term rentals are limiting opportunities for people to live and work on the island.

Separate research last year found that almost 19 percent of properties on Skye are listed on Airbnb.

Clare Winskill, director of SkyeConnect, which co-commissioned the report, called for ‘rapid’ building of affordable housing on the island.

She said: “Pre-pandemic, the Skye and Lochalsh economy was buoyant attracting visitors, both domestic and international, whose experience of our beautiful area was positive and who wished to return.

“Post pandemic new and existing businesses, are now really struggling to service demand in the tourism sector – even though that demand has not as yet returned to pre-pandemic levels.

“This area has the potential for growth and the creation of entrepreneurs.

“It offers a lifestyle that many urbanites are leaving cities and towns to enjoy.

“That is an opportunity.

“But with 1,300 to 1,700 vacancies across all sectors difficult to fill now, at this moment; that opportunity will be missed.

“In real terms we are looking at a significant contraction of our economy here – now, if the rapid building of affordable housing, that will allow recruitment and retention of a workforce, does not take place.”

The impact of Brexit, a general skills shortage, and a lack of local people available to fill positions were also factors in the recruitment crisis.

Neil Clapperton, Chief Executive of Lochalsh and Skye Housing Association, said the report made a compelling case for urgent investment in affordable housing.

The Scottish Government is making up to 30 million British pounds (nearly $36 million) available through its Rural and Islands Housing Fund (RIHF) to increase affordable housing.

Councilor Glynis Sinclair, Chair of Highland Council’s Housing and Property Committee, said the local authorities recognized the housing pressures on Skye and are working closely with the Scottish government and others to deliver more homes.

Sinclair said: “With our partners we have delivered 370 new affordable homes in Skye over the last 10 years and currently have 130 homes approved and under construction with a further 200 homes planned throughout the Island.”