“It was important to me to let him fly in the wild as much as possible.”
By Simona Kitanovska July 19, 2022
Facebook
Twitter
Linkedin
Email 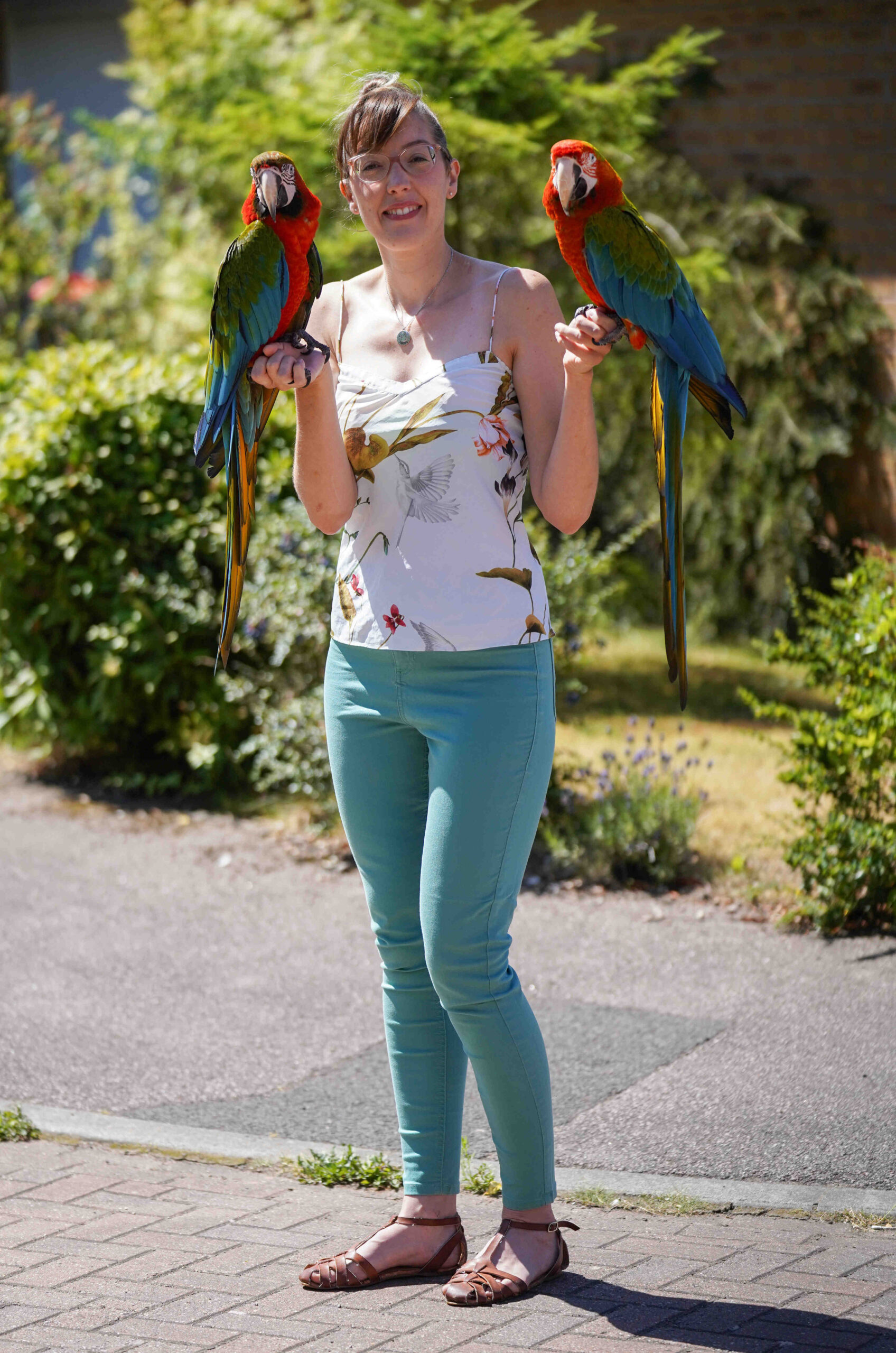 A woman has taught her stunning pet parrots to fly freely around a national park. (Tom Maddick ,SWNS/Zenger)

A woman has taught her stunning pet parrots to fly freely around a national park before returning to her.

Motley, the Harlequin macaw, is a common sight soaring above the Peak District National Park and in the skies above his home in the East Midlands region of England.

Owner Chloe Brown, 24, trained him from a young age to return to her, and she now lets him free fly for several miles at a time.

Motley is so keen on the daily flights he even squawks and taps on the window with his beak until Chloe takes him out.

Chloe has started posting pictures and videos of Motley’s flights online, and he is now a rising social media star.

A zoo biology student, Chloe, said: “I got Motley when he was 21 weeks old and started training him to free fly.

“It was important to me to let him fly in the wild as much as possible.

“We started off with a harness and an elastic line which got longer each time.

“We progressed to free flying, so now when I take him out, he explores the skies, but he always comes back to me.

“We’ve been everywhere. He’s been rock climbing with me, kayaking, and on pushbikes.

“He demands to go flying. If I don’t fly him, he will bang on the window and tell me he wants to go out.

“I take him to the Peak District a lot because it’s only a 45-minute drive.

“His absolute favorite place is Curbar Edge in the peaks. The thermals come straight up the cliff, and he just loves it.

“You can hear him squealing with delight, so you know he’s having a great time.

“He’s been all over the peaks, basically anything with a cliff and he will throw himself off of it.”

She said: “I don’t really do social media, but we started getting recognized going out, and I thought it would be nice to let people know what he’s been up to.

“The response has been amazing. He’s got 4,000 or so followers on TikTok and a few thousand on Instagram and Facebook.”

Chloe is now using Motley’s profile to raise awareness to campaign against clipping birds’ wings or keeping them in cages.

She added: “I want to let people know that birds shouldn’t be kept in cages.

“Not everyone can do what I do and it’s important birds are treated humanely.”

Motley is also poised to become a TV star and will feature on an episode of The Antiques Roadshow later this year, as well as an ITV pet show.

The harlequin macaw is a result of the cross-breeding of wild birds, such as the blue and gold macaw and the military and scarlet macaw.