The images were obtained from the Chernihiv Regional Territorial Center for Recruitment and Social Support on Monday, July 18. 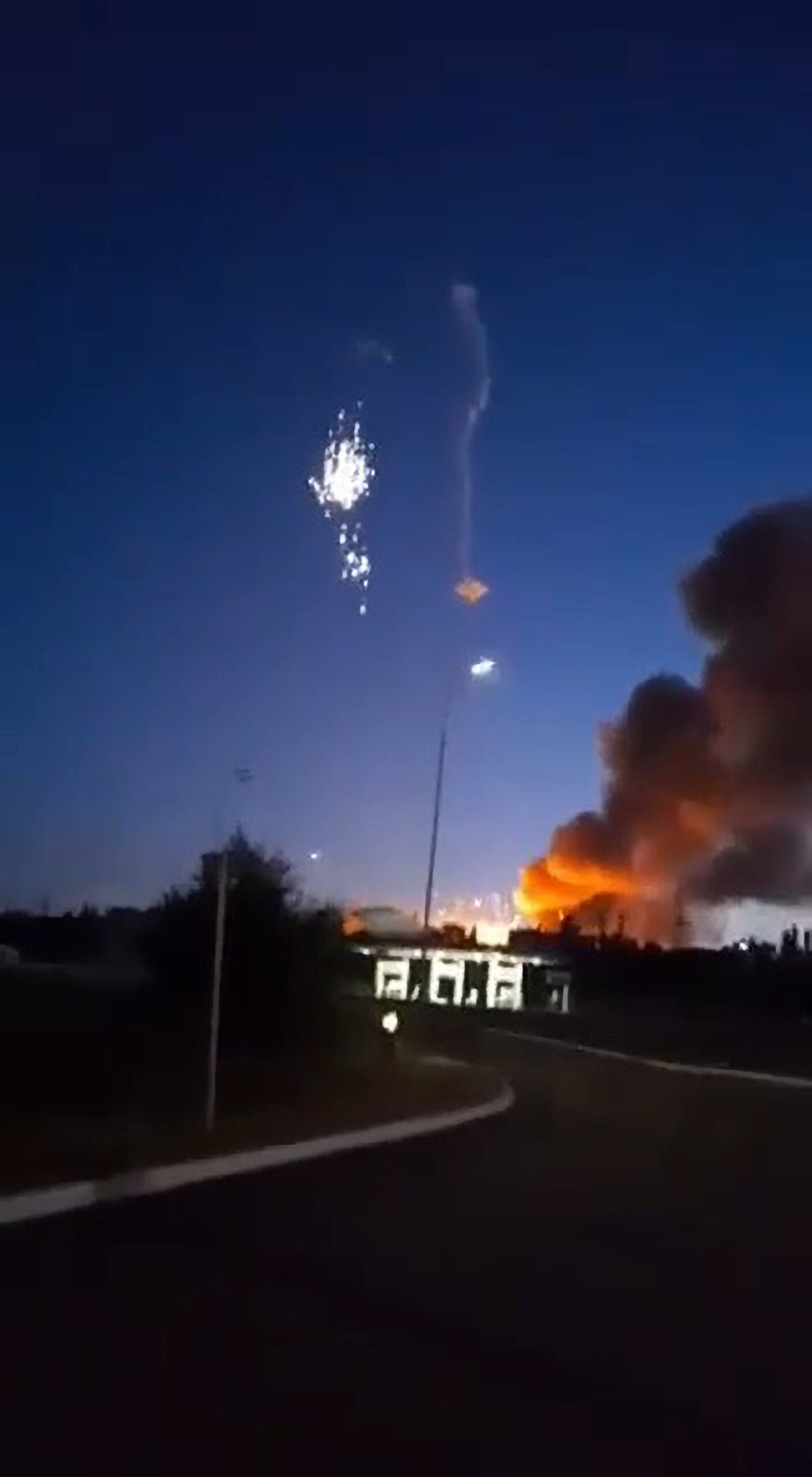 The Armed Forces of Ukraine destroyed another ammunition warehouse of the occupiers in Kadiivka in the Luhansk region in Ukraine. (@ChernihivTCKtaSP/Zenger)

Explosions lit up the night sky as Ukrainian forces destroyed yet another Russian ammunition depot.

Their goal is to deprive the Russian forces of the valuable ordnance they need to continue to carry out their illegal invasion.

The images were obtained from the Chernihiv Regional Territorial Center for Recruitment and Social Support on Monday, July 18, along with a statement saying: “Ukrainian troops struck another blow at the warehouses of the occupiers.

“This time, enemy shells detonated in Kadiivka (Stakhanov district), which is temporarily controlled by Russian terrorists and their terrorist quasi-organization, the ‘LPR’ [Luhansk People’s Republic].”

We contacted the Chernihiv Regional Territorial Center for Recruitment and Social Support for further comment, as well as the Russian Ministry of Defense, but haven’t received a reply at the time of writing.