Khalil Ahmed said he was on a bonding exercise with his son Sami on June 10 when their day out into turned into a nightmare. 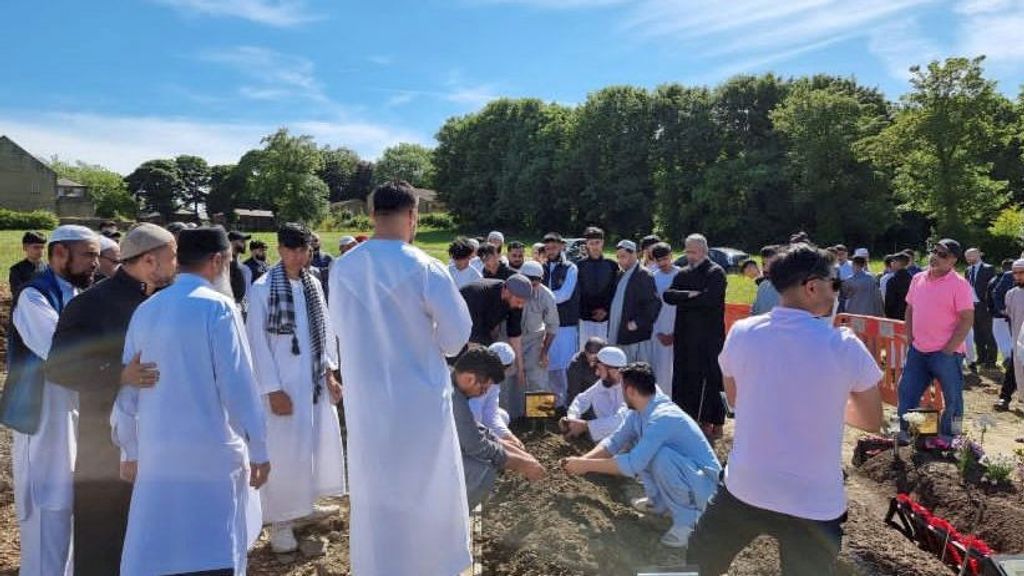 A dad has paid tribute to his amazing teenage son who fell 120ft (35m) to his death while walking with family in the Lake District. (Matthew Newby, SWNS/Zenger)

A dad has paid tribute to his teenage son who fell 120 feet to his death while out walking with family.

Khalil Ahmed, 48, said he was on a bonding exercise with his son Sami, 15, on June 10 when their day out into turned into a nightmare, in the scenic Lake District in England’s northwest, in the United Kingdom.

The father-of-four said he had earlier climbed local peak ‘The Old Man of Coniston’ with Sami and several of his cousins and uncles.

But the teen, who was 10 minutes ahead of him and walking with his cousins, reportedly chose to descend down a “dangerous” section of terrain alone.

He then very sadly lost his footing and fell 35 meters (approximately 120 feet) to his death.

The health charity worker said he had no idea what had happened until he caught up with Sami’s cousins and found out that he was no longer with them.

Khalil said: “It was a family trip after Eid.

“We always did a bonding exercise with the nephews, brothers and uncles. It was a happy occasion which turned into a nightmare.

“We climbed Old Man of Coniston and then ventured on to Down Crag. The youngsters were 10 minutes ahead of us, leading, but we could see them in our vision.

“Unfortunately, Sami didn’t carry on to the path that was the long way round. They [he and his cousin] took a more dangerous route.

“They went off to Goat Lake and he lost his footing and fell. We didn’t know he went that way. It was only when I caught up to them that I realized Sami was not with them.

“They told me he went the other way. Even then I didn’t think anything bad would happen.”

Khalil, from the English city of Bradford, West Yorkshire, in the United Kingdom, said Sami had a “wonderful character” and regularly helped him complete community work in his free time.

He said: “Sami was just an amazing, dignified boy that made everybody smile. He had the most wonderful character and was compassionate.

“The wonderful thing about him being my son is he would support me with everything.

“We did a weekly litter pick and Sami would always join us. Which teenager comes out, without me even asking him, to clean a park.

“He was so conscious of doing the right thing.

“He never strayed away to smoke, or anything like that, and would never upset anyone. Sami never swore, it was never in his character.

Khalil also said his son was a role model within his family and would always help his sick mom when she needed assistance.

He said: “He understood his role was also to help his mom. He would do the washing and the cleaning, more than I or the girls would. His bedroom was always spotless.

“He was such a good family person and an amazing brother to his two older sisters and younger sister.

“He did not want to be noticed for his expensive trainers or clothing. He wanted me to not spend too much money on him.

“His friends told me that if they were having a bad day when they saw Sami and his smile, they thought today is going to be awesome.”

“He was witty and funny. He would call me KP because my head is shaped a little bit like a peanut. I am going to miss him calling me that.”

Local parent, Ania Groborz-Manu, said that Sami was a “kind, funny soul” who would be missed by everyone who knew him.

She said: “It was a pleasure watching you grow from Reception to Year 10. You were such a kind, funny soul.

“You’ll be sorely missed by everyone that you’ve met and easily had such a good impact on.”

“My daughter, Simrah, was in the same class as Sami and she can’t stop talking about him. He will be deeply missed by all.”

Parent Sameena Rashid also said: “I can’t imagine what the parents are going through.

He was a good kid, my daughter went to primary school with him and he lived in the neighborhood.”

And speaking after his funeral, dad Khalil said he hoped to mentor children who had lost their parents in the future to keep his son’s legacy alive.