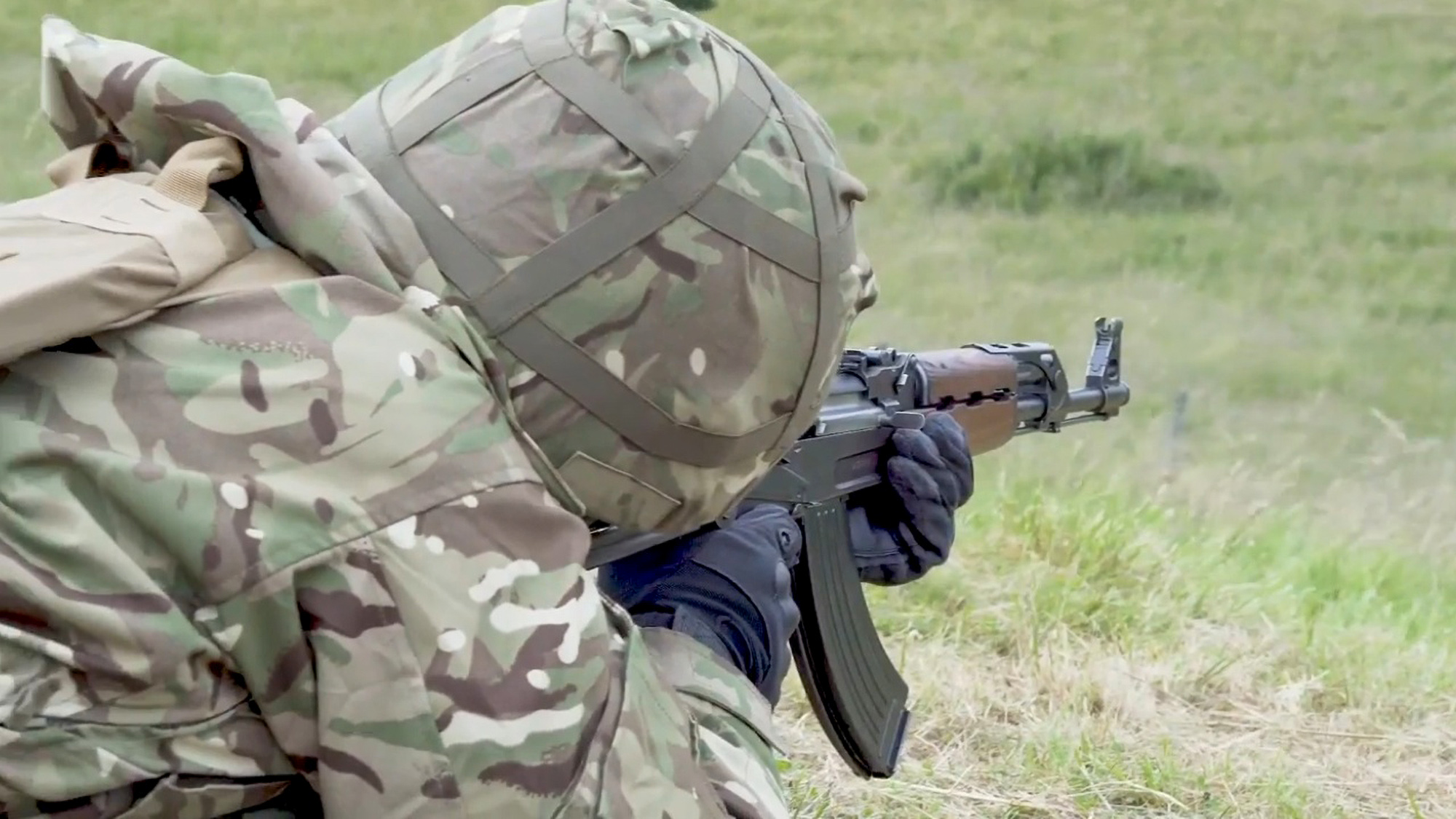 Combat training of the Ukrainian Army recruits who have arrived to be given the skills needed to be effective and lethal on the frontline and defend their homeland in July, 2022 in United Kingdom. (@theministryofdefence/Zenger)

British soldiers training fresh Ukrainian recruits in the United Kingdom have said that they are very motivated and a pleasure to work with in new footage obtained from the Ministry of Defense.

The new images, obtained from the Ministry of Defense (MoD) of the United Kingdom on Friday, July 15, show some of the fresh Ukrainian recruits learning to handle assault rifles.

The UK MoD said: “Ukrainian Army recruits have arrived in the UK this month where they are being given the skills needed to be effective and lethal on the frontline and defend their homeland.”

In the footage, a British soldier named as Lance Corporal Lourens says: “I really want to get the message across to people that what these guys are doing, because I don’t think that the reality of it has set into a lot of people at home or a lot of people.

“Like these guys are builders and plumbers and photographers and artists. They’re not soldiers, they’re people who’ve got families and a home. But every single one here has volunteered to be here.”

Another soldier, identified as Captain Russon, says in the footage: “We were really pleasantly surprised with how keen they were and how willing to learn they are.

“And we initially set our stall like I think maybe a little bit ambitious and we could potentially dial back. However, they’ve met that standard and they really are very, very motivated, very keen and it’s really a pleasure to work with them.”

The statement also said: “The UK-led program trained the Armed Forces of Ukraine allowing them to scale up their resistance as they continue to defend their nation’s sovereignty.

“The program is part of the UK’s enduring commitment to support Ukraine in its fight against the Kremlin’s unprovoked invasion.

“Secretary of State for Defense the Rt Hon Ben Wallace, who visited the training earlier, said: ‘This ambitious new training program is the next phase in the UK’s support to the Armed Forces of Ukraine in their fight against Russian aggression. Using the world-class expertise of the British Army we will help Ukraine to rebuild its forces and scale up its resistance as they defend their country’s sovereignty and their right to choose their own future.’

“The UK has a long history of supporting Ukrainian service personnel through Operation Orbital which trained 22,000 Ukrainians between 2015 and 2022. The new program will build on this success and demonstrate the UK’s continued leadership in responding to Ukraine’s military requirements as the war evolves.”