Beating The Odds: Man Pushed Past His Paralysis To Become A Bodybuilder And Personal Trainer

Dale Wilson was taken to hospital, where he was told he’d had a neurological episode – which can be a sign of multiple sclerosis. 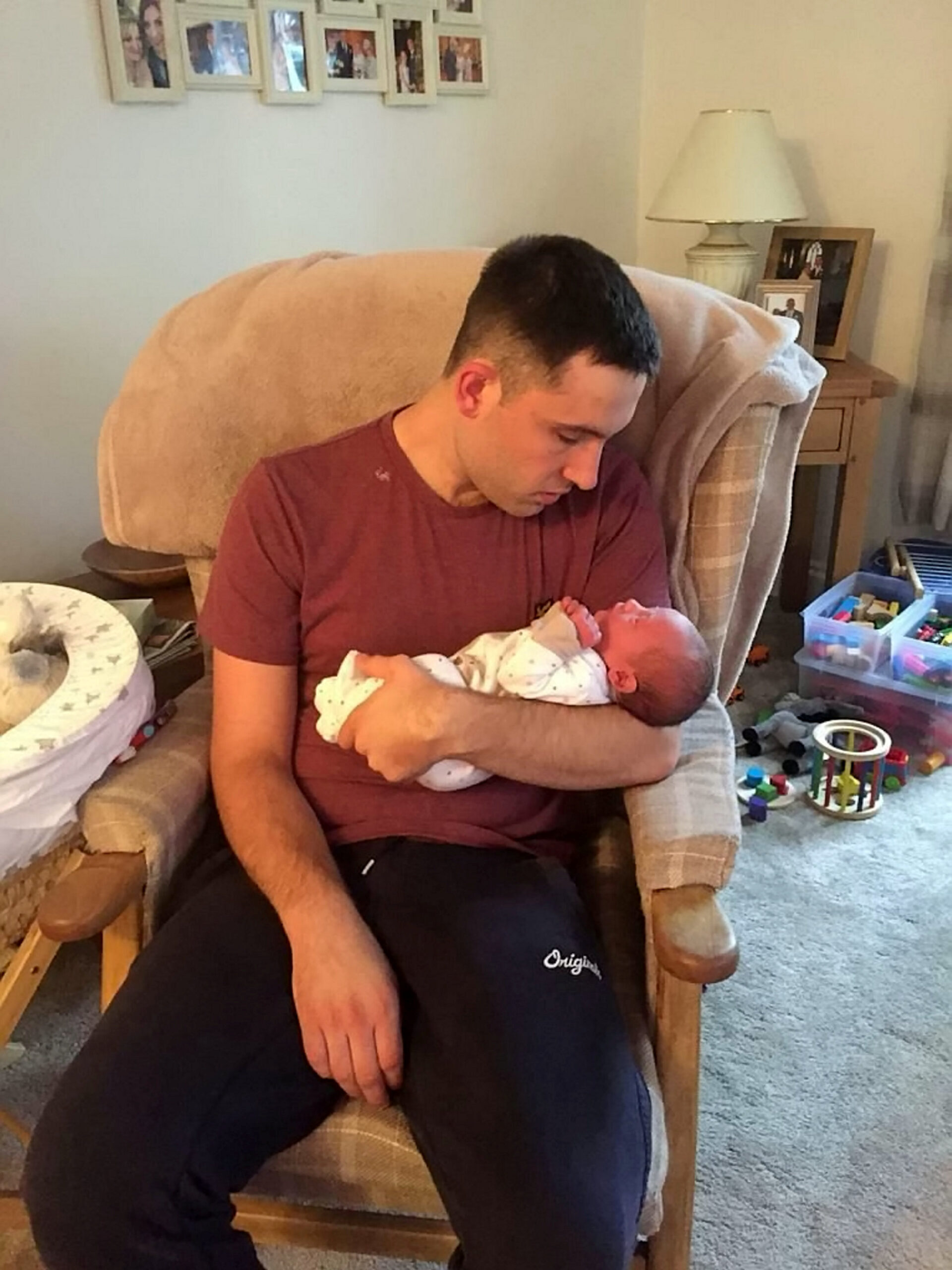 A dad who woke up paralysed has fought back - to win first place in a national bodybuilding competition. (Dale Wilson, SWNS/Zenger)

A dad who woke up paralyzed has fought back – to win first place in a national bodybuilding competition.

Dale Wilson, 31, says he was a fit and healthy man – until he woke up next to his heavily pregnant wife and couldn’t move his right arm or feel his leg.

He was taken to hospital, where he was told he’d had a neurological episode – which can be a sign of multiple sclerosis.

Brave Dale said he felt “helpless”, as his wife Hannah, 30, had gone into labor on the same day.

He says he was unable to even lift up a kettle to make his partner a cup of tea, let alone able to care for newborn Ralph and his brother Noah, then two.

Even Dale’s speech suffered, and he couldn’t lift one arm and had to drag a foot while he walked.

But the dad-of-three relearned to fully walk and talk – and use his paralyzed arm – and hit the gym to get back on track, despite being unable to lift a weight.

Dale, from Wigton, Cumbria, in northwest England, in the United Kingdom, said: “I am very proud. I did it for myself in some capacity, but it was also to show my boys that anything is possible in life.

“The paralysis and the diagnosis left me feeling so helpless.

“I couldn’t even pick up the kettle to make a cup of tea. It was like my arm wasn’t even there – I couldn’t lift it.

“When I was down, I needed something positive to focus on, and for me, that was the gym and getting stronger.

“Stepping on stage at the competitions was an amazing feeling and sharing my story of how far I’ve come – people can’t believe it’s the same person sometimes.

“I just wanted to make my family proud.

“I couldn’t have done it without my wife and kids. If I can do it, you can do it too!”

Dale went to bed as normal in August 2018 but woke up with a dropped face and was unable to move his right arm or feel his right leg.

He was rushed into the hospital where doctors performed a CT scan, an MRI scan, a lumbar puncture and ran blood tests.

While waiting for his results, Dale’s wife Hannah went into labor.

Dale, who lives with Hannah, a physiotherapist and sons Noah, five, Ralph, three, and Wilfred, one, said: “I think it was the stress of what had happened to me that made her go into labor, which I felt really guilty about.

“Thankfully, Hannah and our son, Ralph, were fine. I walked from her maternity ward to the other end of the hospital where they diagnosed me.”

Doctors ruled out lymphoma and an auto-immune disorder and ultimately diagnosed Dale with a clinically isolated syndrome.

This is the term used to describe a single episode of neurological symptoms which doesn’t have an obvious cause – like a fever.

It can be the first sign of what might become multiple sclerosis – a lifelong condition that affects the brain and nerves.

Dale initially had to drag his numb right leg along the floor when he walked, because he couldn’t feel it, and he could barely move his right arm.

He had to learn how to fully speak and write.

He said: “I felt so helpless. I just wanted to help Hannah with our baby boy but I couldn’t do anything.

“I couldn’t even pick up the kettle to make myself a cup of tea, it was like my arm wasn’t even there, I couldn’t lift it.

“I lost my job and suffered really badly with depression and anxiety. It got to the point where I couldn’t even leave the house, it was that bad.

“I suffered with what felt like electric shocks for ages, and I still have a hazy memory, that’s never changed.

“I felt for my wife, having to look after our boys basically on her own, and I really struggled.”

After nine months of battling depression over his diagnosis and his arm slowly getting back to normal, Dale’s friend Carl Mctear, 48, dragged him to the local gym with him for a workout.

He started spending six days a week in the gym, training to become a bodybuilder, fitness model and personal trainer.

Just two years after waking up paralyzed, Dale walked the stage for Pure Elite model federation in November 2020 and won first place in the transformation category.

Dale now works as a personal trainer and often shares his experience with clients as a reminder to never give up.

He said: “When I was down, I needed something positive to focus on.

“I genuinely believe that having short-term, medium term and long-term goals are a fantastic distraction from what is going on in your life.

“My short-term goal after the paralysis was literally being able to use my hand and arm again properly. Just using a pen, making a cup of tea, opening a door.

“My medium-term goal was driving my car, getting back in the gym and having the confidence to socialize again.

“Finally, my long-term goal was becoming a pro fitness model and becoming a personal trainer – I’ve achieved all the goals I set after being diagnosed.

“My new long-term goal is to one day win a pro show. I’ve hit the crossbar a couple of times and come second and third. I’ll win one day – watch this space!

“There’s no better feeling than achieving a goal that once seemed completely unattainable.