The footage was obtained from the National Guard of Ukraine on Thursday, July 14. 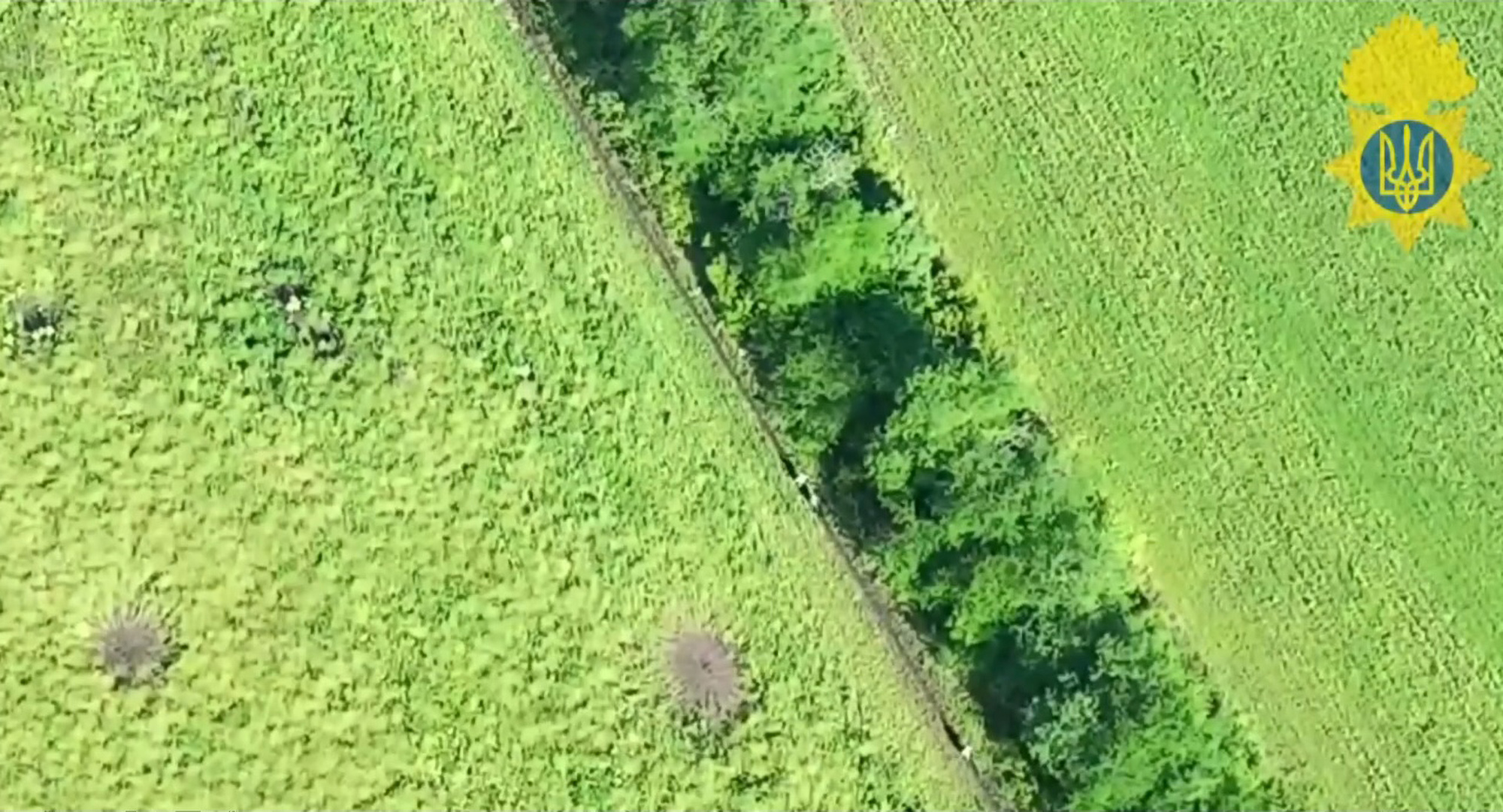 Fighters of the National Guard special forces unit destroyed the advanced observation groups of the Russians and their equipment in the Donetsk region, in Ukraine. (@NGUmainpage/Zenger)

Ukrainian special forces took out a Russian reconnaissance unit with a sniper rifle and a rocket launcher.

“The occupiers tried to take a position for observation and conducting sabotage and reconnaissance actions. However, the guards discovered their movements and ambushed them.

“After the precise work of the snipers, the special forces of the National Guard finished off the enemy in a matter of minutes with heavy fire from the AGS, the Korsar ATGM and small arms. Victory is ours!”

An AGS is a Russian-made automatic grenade launcher, while the Korsar, or Corsar, is a Ukrainian-made, portable anti-tank guided missile system.

We contacted the National Guard of Ukraine for further comment, as well as the Russian Ministry of Defense, but haven’t received a reply at the time of writing.

Russia invaded Ukraine on 24th February in what the Kremlin is calling a “special military operation”. July 14 marks the 141st day of the invasion.

«Previous Post
Heart For Sale: Woman Finds Gift She Made For Boyfriend A Decade Ago On Sale In Charity Shop»Next Post
Modern Daze: Hybrid And Remote Workers Appear Confused Over Use Of Emoji