The video was obtained from the Russian Ministry of Defense.
By Joseph Golder July 18, 2022
Facebook
Twitter
Linkedin
Email 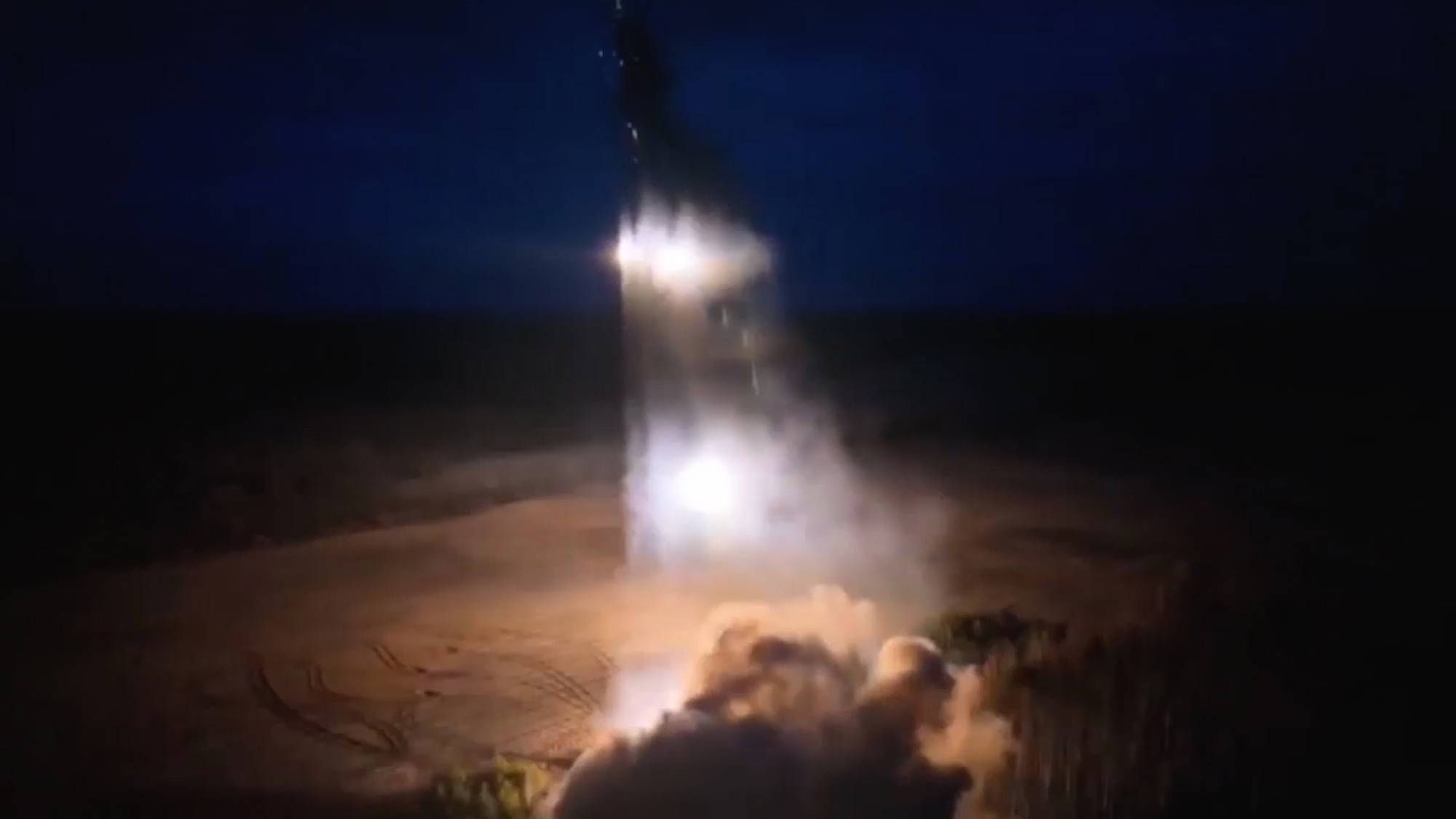 Strikes of the Russian missile troops and artillery on the positions of the Armed Forces of Ukraine. (Ministry of Defense of Russia/Zenger)

This footage released by the Russian Ministry of Defense purports to show missile strikes they allegedly carried out on Ukrainian positions.

The images were obtained on Friday, June 15, from the Russian Ministry of Defense (MoD).

The Russian MoD claimed that the footage shows ongoing military operations carried out against Ukrainian forces. Zenger News has not been able to independently verify the claims or the footage.

Russia invaded Ukraine on February in what the Kremlin is still calling a “special military operation.” July 15 marks the 142nd day of the invasion.

Ukraine’s President Volodymyr Zelenskyy has called the attack “an open act of terrorism”.

The United States, as well as over 40 other countries have agreed to coordinate their investigations into suspected Russian war crimes in Ukraine. Forty-five countries, including European Union countries, as well as the U.S., the United Kingdom, Canada, Mexico, and Australia signed a declaration at a conference in The Hague on Thursday, July 14, agreeing to work together.

Treasury Secretary Janet Yellen has said that Russia’s war in Ukraine is the biggest threat to the global economy. She added that representatives of the Russian regime “have no place” at the G20 meeting in Indonesia.

Oleksandr Kubrakov, Ukraine’s Infrastructure Minister, has said that Kyiv is “definitely a step closer” to being able to export grain through its Black Sea ports after talks with Russia, Turkey ,and the UN.

Speaking for the U.S. Secretary of State Antony Blinken called for an immediate halt to Russian deportations of Ukrainian citizens.