117 people have been reported injured after the Russian missiles hit an office block and residential buildings. 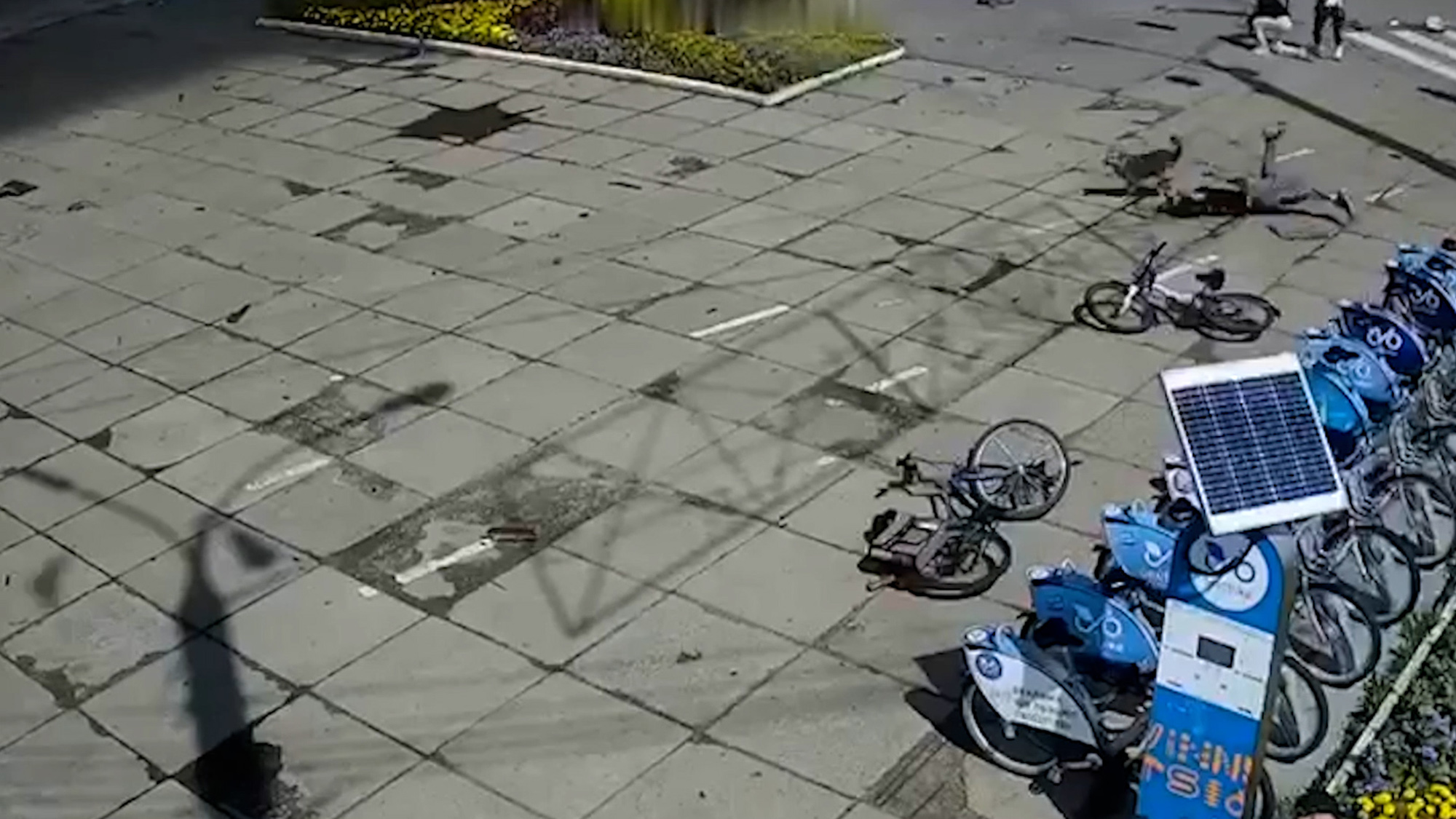 The moment of the explosion of a Russian rocket on the 14th of July 2022 in Vinnytsia in Ukraine. (@situational.center/Zenger)

People were diving for cover and fleeing as Russian missiles hit the city center of Vinnytsia in central Ukraine in an attack that has killed 23 people, including three children.

According to the latest figures, 117 people have also been reported injured after the Russian missiles hit an office block and residential buildings in the city center of Vinnytsia, in west-central Ukraine, far from the front lines.

These figures are from the State Emergency Service (SES) of Ukraine, which also said that it is looking for 39 people who are currently missing, adding that 34 others are in serious condition.

They said on Friday, July 15, that 437 people are involved in rescue efforts at the scene.

Ukraine’s President, Volodymyr Zelensky, has accused Russia of terrorism. President Zelensky said at about 11 am on Thursday, July 14: “Vinnytsia. Rocket strikes in the city center. There are wounded and dead, among them a small child.

“Every day, Russia destroys the civilian population, kills Ukrainian children, directs rockets at civilian objects. Where there is nothing military. What is this, if not an open act of terrorism?

And the SES of Ukraine said: “The murderous country launched rocket attacks directly into the crowded center of Vinnytsia, as a result of which a parking lot near the Yuvileynyi House of Life was hit, and the medical diagnostic center was also partially destroyed.”

The Air Force of the Ukrainian Armed Forces said that the Russians fired at the city with Kalibr cruise missiles launched from a submarine in the Black Sea. Ukrainian defenders managed to shoot down two rockets.

Other footage shows the aftermath of the attack, with the severely damaged building still smoking and in ruins, as well as numerous cars in front of it destroyed. Bodies were being removed from the building on stretchers.

Images also show people being removed from the area on stretchers while emergency services work to search for survivors among debris.

Debris can be seen scattered far and wide, with smoke rising in the distance from where the missile hit. Firefighters can be seen arriving on the scene.

We contacted the State Emergency Service of Ukraine for further comment, as well as the Russian Ministry of Defense, but haven’t received a reply at the time of writing.

Russia invaded Ukraine on February 24 in what the Kremlin is calling a “special military operation”. July 15 marks the 142nd day of the invasion.

The United States, as well as over 40 other countries have agreed to coordinate their investigations into suspected Russian war crimes in Ukraine. Forty-five countries, including European Union countries, as well as the US, the UK, Canada, Mexico and Australia signed a declaration at a conference in The Hague on Thursday agreeing to work together.

U.S. Treasury Secretary Janet Yellen has said that Russia’s war in Ukraine is the biggest threat to the global economy. She added that representatives of Putin’s regime “have no place” at the G20 meeting in Indonesia.

President Zelensky has said that Russia has forcibly removed nearly 2 million people from the country. U.S. secretary of state Antony Blinken called for an immediate halt to Russian deportations of Ukrainian citizens.

«Previous Post
Breaking: Russia Hits Two Universities In Mykolaiv With At Least 10 Missiles»Next Post
Heart For Sale: Woman Finds Gift She Made For Boyfriend A Decade Ago On Sale In Charity Shop