The footage was obtained from the Command of the Airborne Assault Troops of the Armed Forces of Ukraine on Friday, July 15.
By Joseph Golder July 18, 2022
Facebook
Twitter
Linkedin
Email 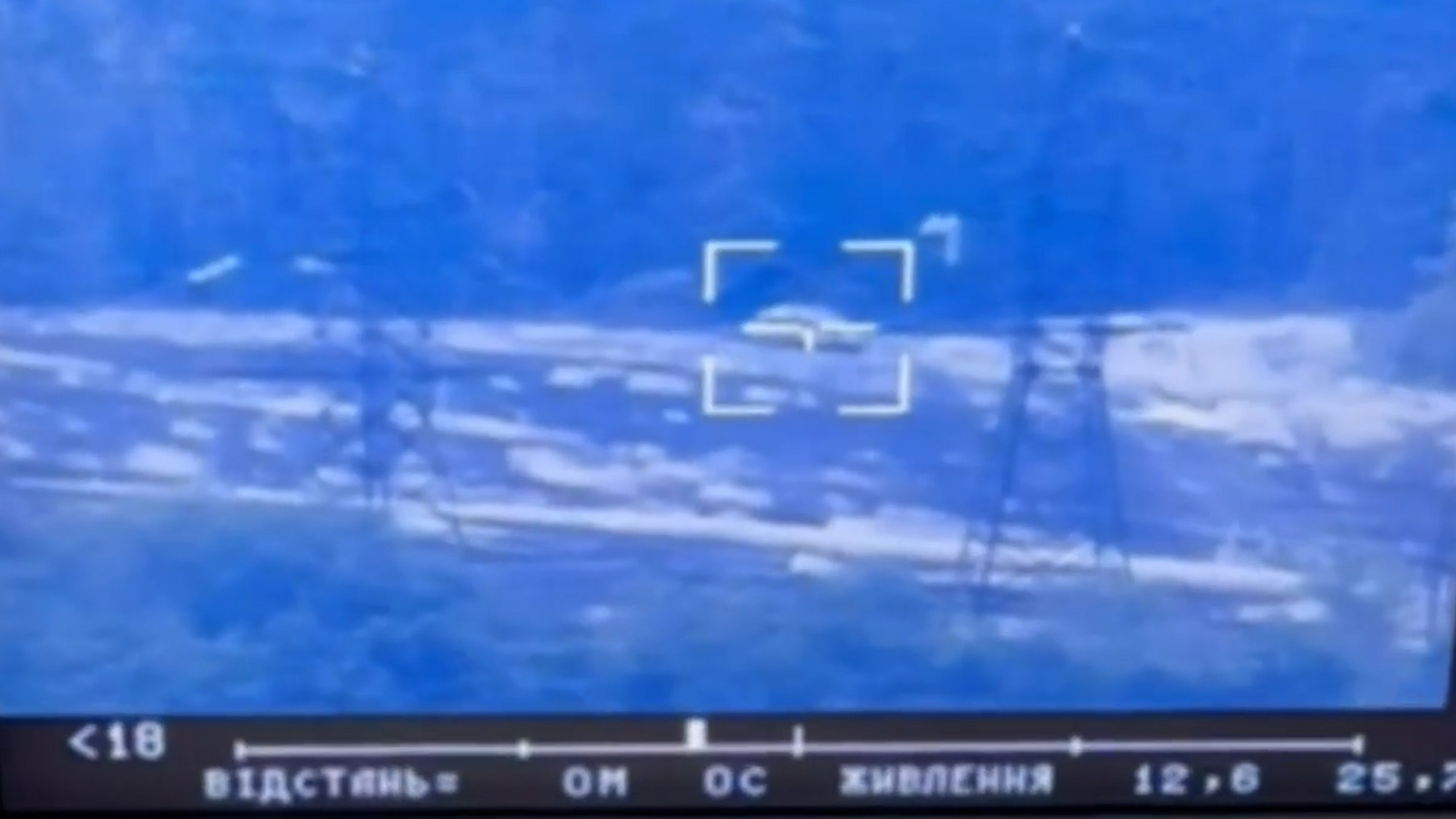 Lviv paratroopers share that they have destroyed Russian Armored Vehicle along with its crew in Ukraine. (@dshv.mil.gov.ua/Zenger)

These images show the missile whizzing toward its target before hitting it, causing a large explosion and a plume of smoke.

The footage was obtained from the Command of the Airborne Assault Troops of the Armed Forces of Ukraine on Friday, July 15, along with a statement saying that the successful operation was carried out by the 80th Separate Airborne Assault Brigade of the Armed Forces of Ukraine, which is garrisoned in the western Ukrainian city of Lviv during peacetime.

The Command of the Airborne Assault Troops also said: “Lviv paratroopers continue to successfully destroy Russian armored vehicles together with their crews.

“The video shows the effective use of the modern Ukrainian Stugna-P anti-tank guided missile system against enemy armored vehicles.”

The Stugna-P is a Ukrainian-built anti-tank guided missile system that was developed in the 2010s. It has even been used in at least one case to down a Russian Ka-52 attack helicopter.

The Command of the Airborne Assault Troops added: “It should be noted that these days, the Lviv paratroopers, together with other units of the Armed Forces and other components of the defense forces of Ukraine, knocked out nine Russian tanks, seven units of other armored vehicles (APCs and BMPs), one truck and destroyed about 70 occupiers.”

‘APC’ stands for armored personnel carrier, while BMPs are infantry fighting vehicles that were first used by the Soviet Union in the 1960s.

It is unclear where exactly in Ukraine the images were filmed. They were also relayed by the Office of Strategic Communications (StratCom) of the Armed Forces of Ukraine.

Russia invaded Ukraine on February 24 in what the Kremlin is calling a “special military operation.” July 15 marks the 142nd day of the invasion.

Ukraine’s President Volodymyr Zelenskyy has called the attack “an open act of terrorism.”

Treasury Secretary Janet Yellen has said that Russia’s war in Ukraine is the biggest threat to the global economy. She added that representatives of the Russian regime “have no place” at the G20 meeting in Indonesia.

Oleksandr Kubrakov, Ukraine’s Infrastructure Minister, has said that Kyiv is “definitely a step closer” to being able to export grain through its Black Sea ports after talks with Russia, Turkey, and the United Nations.