Look Who Just Flue In: Cops Rescue Baby Raccoons That Fell Down Chimney

The raccoons were saved from a home in the U.S town of Dedham, Massachusetts, this week. 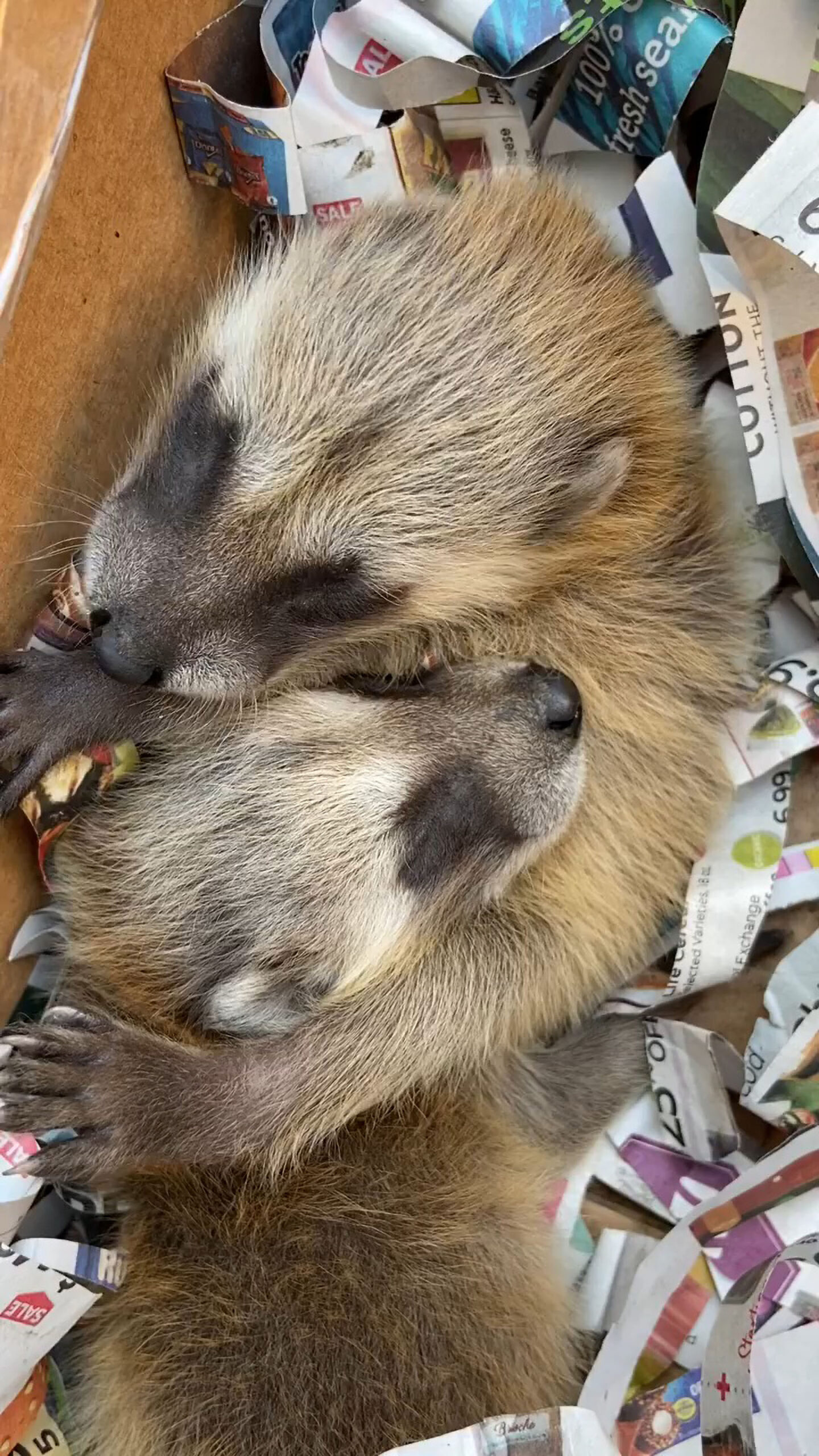 Raccoon babies hug after being rescued from Dedham chimney in July 2022. (@DedhamPoliceDepartment/Zenger)

These cute raccoon kits have been rescued from a fireplace by the police after falling down a chimney.

The raccoons were saved from a home in the U.S town of Dedham, Massachusetts, this week.

Officers said the kits are probably around two weeks old as their eyes haven’t even opened yet.

It is believed that they fell into the fireplace from a smoke shelf inside the home’s chimney.

Dedham Police Department (DPD) said in a statement on July 12: “These little raccoon babies were rescued from a resident’s fireplace chimney.

“Their eyes aren’t even open yet – they are likely just two weeks old!”

They went on: “Fireplace chimneys have been popular spots for raccoons this season- as, for a momma raccoon, climbing onto a rooftop and then ascending down into a chimney, provides her with a safe shelter within which to give birth to her young.

“Most chimneys have smoke shelves which are flat surfaces located between the smoke chamber and the firebox – and this shelf is what serves as both the nesting-and rearing spot.”

DPD suggested making loud noises, shining bright lights, or using vinegar-soaked rags when encountering raccoons in a chimney, adding that kits will sometimes fall into the fireplace when their mother climbs onto the roof.

If a resident finds raccoon kits in their fireplace, police recommend calling Animal Control to deal with them as they can sometimes carry rabies.

The Dedham Police Department said: “If you find you have raccoons in your chimney, there are some ways you can to try to eradicate them. These include making loud noises, shining bright lights, and/or placing rags soaked with substances with strong odors such as vinegar, up into the chamber below the shelf.

“Quite often though, while the momma raccoon may successfully escape the odor and climb out onto the roof, her kits, being too young, fall down under the smoke shelf and wind up inside the fireplace.

“In this case, it’s best to contact Animal Control or a nuisance wildlife professional. We strongly urge against any unnecessary exposures or physical contact with raccoons, as let’s not forget that raccoons can be carriers of Rabies.

“Once the raccoons have been safely extracted from the chimney, the next recommendation is to place a cap on the chimney to prevent further, similar incidents.

“And if you haven’t yet had any animals in your chimney, then placing a cap is a good preventive measure too!”

«Previous Post
When An Alpaca Identifies As A Dog And Gets Her Own Car»Next Post
Grand Engineering: Floating Cranes To Install Cooling System For Delay-Prone Nuclear Power Station