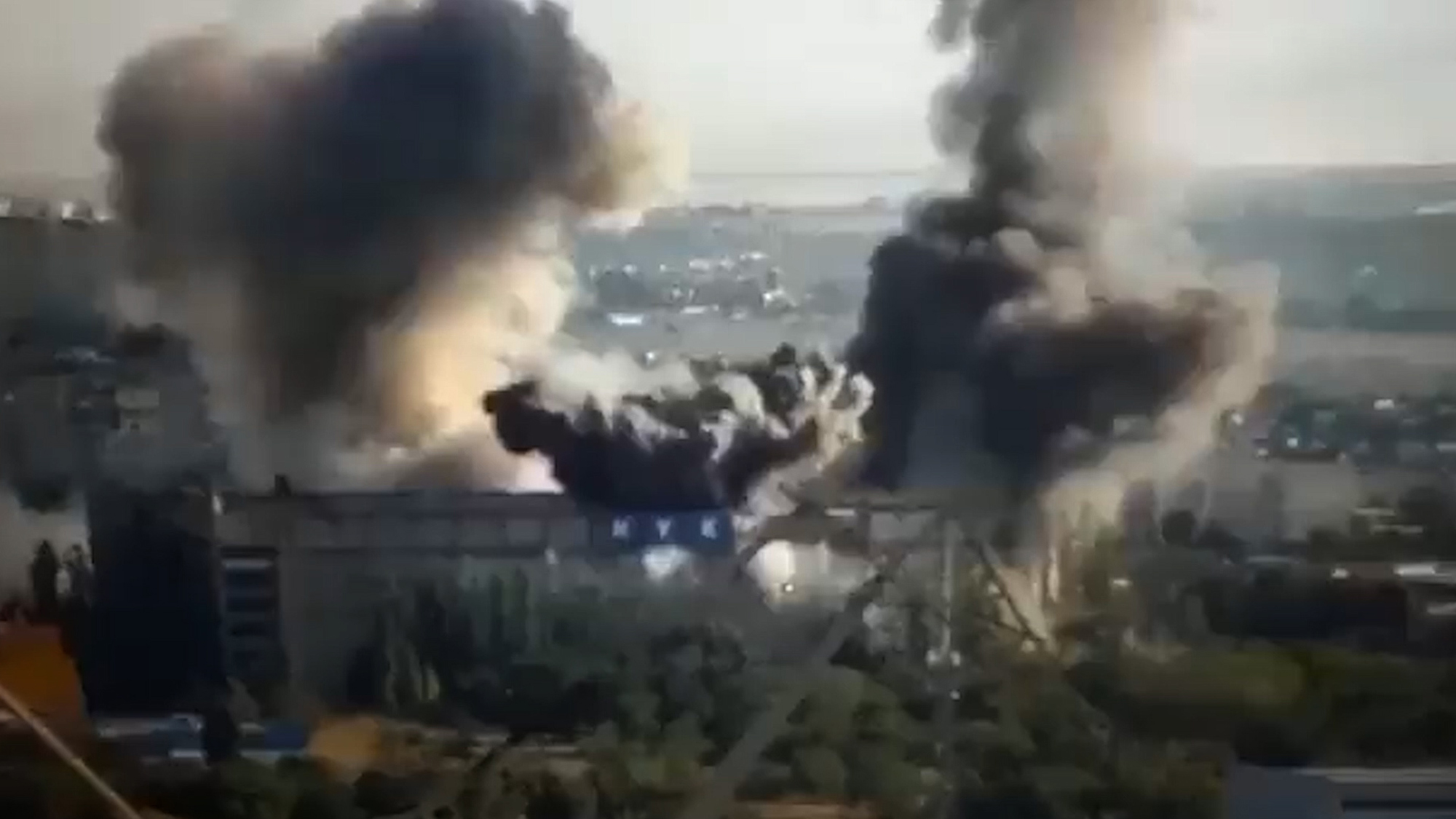 Russia launched a rocket attack on two universities in Mykolayiv in Ukraine on July 15, 2022. (@vitalij_kim/Zenger)

Two universities in Mykolaiv were attacked this morning in a Russian missile strike.

The footage shows large plumes of black smoke rising into the sky above the university after it was reportedly hit, along with another university in the city, by at least 10 Russian missiles Friday morning July 15.

The images were obtained from the Mykolaiv regional governor, Vitaliy Kim, 41, who said (in English): “This morning, the terrorist country Russia again shelled Mykolaiv. By firing at least 10 missiles into the city.

“The city’s two largest universities were affected. Now they are attacking our education.

“I ask the universities of all democratic countries to declare Russia what it really is – a terrorist country.”

The footage was also relayed by the Ukrainian government organization the Center for Strategic Communications and Information Security, along with a statement saying: “At around 8 a.m., more than 10 powerful explosions were heard in the city. This was announced by the mayor of Mykolaiv Oleksandr Sienkovych.

“The Russians attacked two of the largest universities in the city, Vitaly Kim, the governor of the Mykolaiv region, later said.

“Currently, two people are known to have been injured as a result of the attack.”

We contacted the Mykolaiv regional governor for further comment, as well as the Russian Ministry of Defense, but haven’t received a reply at the time of writing.

Russia invaded Ukraine on February 24 in what the Kremlin is calling a “special military operation”. July 15 marks the 142nd day of the invasion.

Ukraine’s President Volodymyr Zelensky has called the attack “an open act of terrorism”.

The United States, as well as over 40 other countries have agreed to coordinate their investigations into suspected Russian war crimes in Ukraine. Forty-five countries, including European Union countries, as well as the US, the UK, Canada, Mexico and Australia signed a declaration at a conference in The Hague on Thursday agreeing to work together.

U.S. Treasury Secretary Janet Yellen has said that Russia’s war in Ukraine is the biggest threat to the global economy. She added that representatives of Putin’s regime “have no place” at the G20 meeting in Indonesia.

President Zelensky has said that Russia has forcibly removed nearly 2 million people from the country. U.S. secretary of state Antony Blinken called for an immediate halt to Russian deportations of Ukrainian citizens.