“I thought 'it's a bit crazy' but me being me, I thought I'd go down and have a sneak peek and not tell anyone.”
By Simona Kitanovska July 18, 2022
Facebook
Twitter
Linkedin
Email 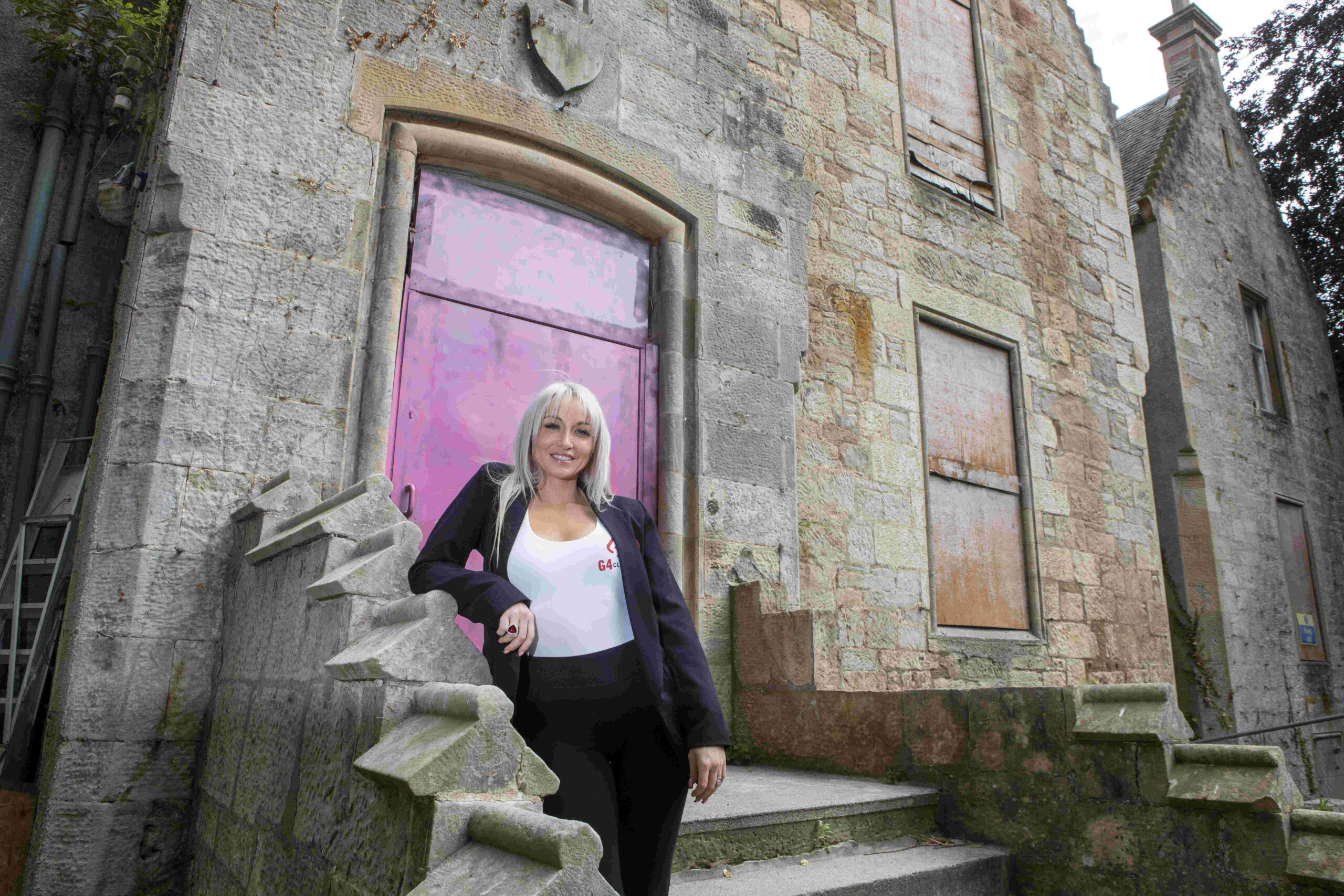 An entrepreneurial mom bought a derelict 17th Century castle for $300,000 - and plans to rope her extended family into renovating it into a plush wedding venue. (Matthew Newby, SWNS/Zenger)

An entrepreneurial mom bought a derelict 17th-century castle for nearly the equivalent of $300,000 and plans to rope her extended family into renovating it into a plush wedding venue.

Mother-of-two Nicole Rudder, 32, bought the pad in November last year on a whim, without telling her husband Grant, 37 – despite repairs costing an estimated $6 million.

Her husband, who works as a painter and decorator, calls his wife ‘Mrs. Project’ and grudgingly congratulated her although she thinks he may not be very pleased.

The baronial castle known as Garrion Tower, in Garrion Bridge, North Lanarkshire, near Glasgow, in the United Kingdom, was put on the market for 800,000 British pounds ($948,000) by an English firm last year, but the price was axed by half after no interest was shown.

She plans to draw on the DIY skills of 17 family and friends who she works with at her insurance firm – and has already renovated Airbnb properties she owns – and fears the most arduous part will be tackling administration for the partly B-listed building.

Nicole plans to upcycle the surviving remnants of the property including five huge metal bathtubs but structural repairs also need to be done.

It has partially collapsed inside but renovation work is hoped to be completed by June 2024 and Nicole’s project will take it off the Buildings at Risk register.

It was originally the summer home of the Scottish bishops of Glasgow and Galloway, and was also home to Norman Colville, a war hero from a family which owned one of the largest steel makers in the UK, now known as Liberty Steel.

In addition to the bathtubs, Nicole has now salvaged old copies of National Geographic from 1976 and a massive pool table from the castle, and is trying to track down as many people who lived or worked in the castle so that she can piece together its history.

Nicole was stunned to discover that a Michelangelo painting owned by Norman Colville which once hung on the walls sold at auction recently for 12.5 million pounds ($14.81 million).

She believes American tourists will fall head over heels for the castle, while couples can wed in a building with historic links to their own community.

Nicole said: “When I went and first saw the link I was like ‘I don’t know if that’s going to be a bit too much’.

“I thought ‘it’s a bit crazy’ but me being me, I thought I’d go down and have a sneak peek and not tell anyone.

“When I went down it was amazing.

“You can see how old it is, one of my friends said a tree is around 700 years old.

“I secretly put in an offer and the guy phoned and told me I’d got it.

“I went home and told my husband and had a team meeting at work and said ‘we’re not just doing claims anymore, we’re now doing castles’.”

She is counting on her 17 colleagues, who are close friends as well as her business partner brother-in-law and her own brother, to help out. They got home at 11 p.m. from the castle earlier this week after getting sucked in.

The extended family unit has enjoyed having all-ages camping trips in the sprawling 4.5-acre grounds, and Nicole said she values it for precious time away from electronic screens for the kids.

As well as the insurance firm, Nicole also has a boutique and a property portfolio in Scotland and the U.S., including rental properties she has renovated – but this will be the first historic building.

The family firm is based in a former factory which had been untouched for 28 years and needed complete gutting.

The castle is a five-minute drive from the house she shares with Grant and their daughters Isabella, six, and Stella, three.

Nicole said: “I have done lots of things like that before, I love it.

“The stress is mad.

“There’s 4.5 acres of land around the castle, we have been going camping in the grounds – it’s time away from work and having birds and trees around us.

“It’s nice to get the kids away from screens.

“My husband Grant was like ‘here we go again’ – he calls me Mrs. Project.

“He’s probably not happy about it, but isn’t that just marriage?”

People with family connections to the building have been inundating the insurance firm with their stories, which Nicole is keen to encourage.

She added: “This building has got so much history, we have got lots of testimonies of people who lived and worked here.

“A Michelangelo painting which hung on the wall of the castle sold recently for 12.5 million pounds.

“The phone has been going crazy.

“It’s all friends and family – it’s 17 people in total working on it.

“We are really close, that’s what gave me the confidence to do it.”

Nicole believes there will be significant demand for the hotel and wedding venue, and that it will provide a boost to the local area.

She added: “People from this area can choose to get married somewhere where their great-gran used to work.

“All the photos we have seen we are keen to recreate.

“This building would have been pulled down eventually if someone didn’t go in and save it.

“Americans love castles – there was someone who dismantled a Scottish castle and brought it brick by brick to the States.

“They are obsessed because they don’t have much history.

“The more people who come forward, the more we can learn from.”

«Previous Post
Heart For Sale: Woman Finds Gift She Made For Boyfriend A Decade Ago On Sale In Charity Shop»Next Post
Around The World In 80 Days: Passenger’s Journal Documents A World Trip Inspired By The Famous Novel