War Is Like Cowboy Western, Just With Stingers Instead Of Colts And Winchesters – Ukrainian Soldiers

The footage was obtained from the Territorial Defense Forces on Tuesday, July 12. 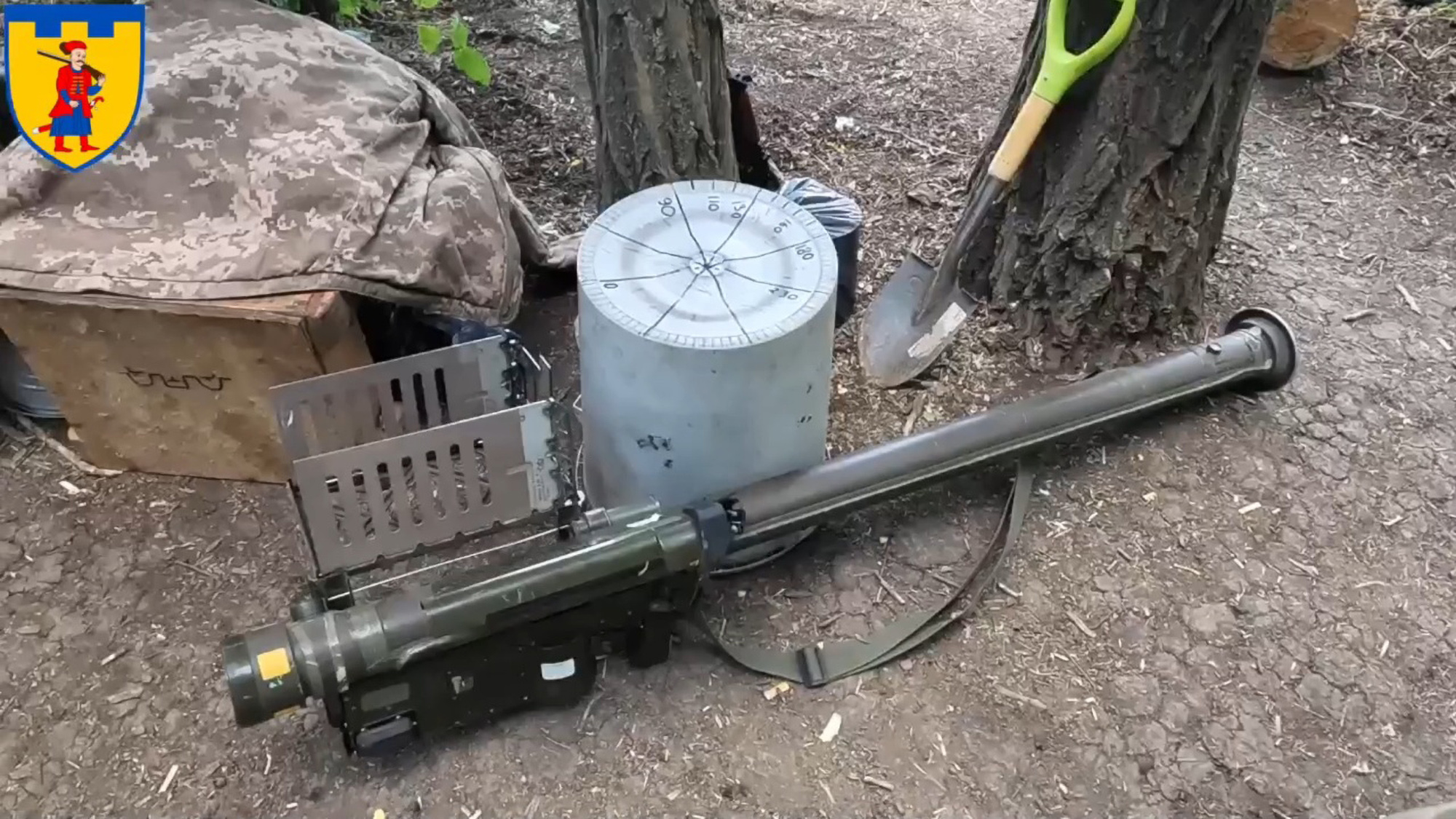 Ukrainian soldiers have said that the war is almost like being in a western but instead of cowboys packing Colts and Winchesters, they are packing these American-made Stinger missiles.

The footage, obtained from the Territorial Defense Forces of the Armed Forces of Ukraine, shows a Ukrainian soldier handling an American-made Stinger missile launcher before the footage shows another soldier loading an American belt-fed M240 machine gun with 7.62-caliber, M13 link ammunition.

‘M13’ can be seen on the box of ammo. ‘M13 link’ is a U.S. military designation for a metallic, disintegrating link that is designed for belt-fed firearms that take 7.62-caliber rounds.

The footage then shows an SPG-9 anti-tank grenade launcher mounted on a tripod. SPG-9s were first developed in the Soviet Union.

The footage was obtained from the Territorial Defense Forces on Tuesday, July 12, along with a statement saying: “This video is almost a real western.

“But instead of cowboys in it – fighters of the Territorial Defense Forces of the Ukrainian Armed Forces.

“And instead of Winchesters and Colts – stingers and machine guns.

“See what the Zaporizhian brigade of the Territorial Defense Forces is fighting for.”

The Deputy Commander of the 110th Battalion of the Zaporizhzhia Separate Territorial Defense Brigade, who was not named but whose nickname is ‘Starichok’, said: “Soldiers of the 110th Brigade of the Zaporizhzhya Military District are masterful with the weapons received from foreign partners: the M240 machine gun, the Stinger MANPADS system, and the SPG-9 anti-tank grenade launcher.

“The American MANPADS ‘Stinger’ allows you to hit air targets at a distance of up to 7 kilometers [4.3 miles].

“The soldiers of the Zaporizhia brigade of the Territorial Defense Forcesare also armed with the American M240 machine gun. Its aiming range is 1.5 kilometers [1 mile].

“Also, our defenders mastered the SPG-9 anti-tank grenade launcher. Day and night vision sights are included with it. The damage range is up to 4 kilometers [2.5 miles].

“This weapon came to us from Poland, it is an SPG-9. Starting with armored personnel carriers and ending with tanks. That is, it will break through the tank from the side.”

The United States has supplied a large number of Stinger missiles to Ukraine and the Defense Department is now accelerating the speed at which it produces them.

Russia invaded Ukraine on February 24 in what the Kremlin is calling a “special military operation”. July 14 marks the 141st day of the invasion.