It is currently unclear where exactly the images were filmed, but they were obtained from StratCom on Wednesday, July 13. 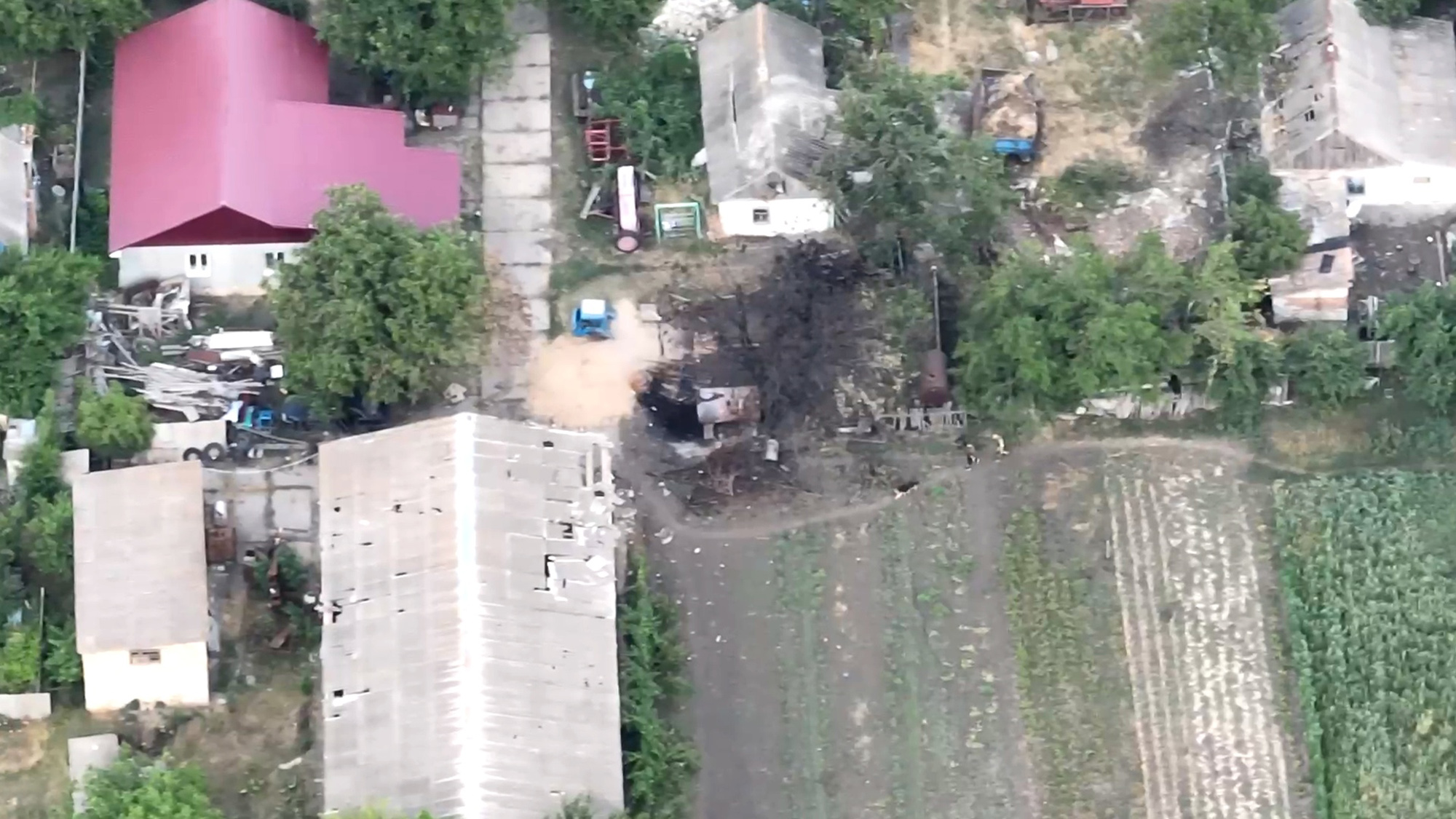 SSO mortars covered a group of Russian soldiers who settled in the houses of civilians in Ukraine. (@AFUStratCom/Zenger)

Ukrainian special forces hit Russian troops with mortar fire after they were found to be occupying civilian buildings, as can be seen from these images.

It is currently unclear where exactly in Ukraine the images were filmed but they were obtained from the Office of Strategic Communications (StratCom) of the Armed Forces of Ukraine on Wednesday, July 13.

StratCom said that the Russian soldiers were taken out by the Ukrainian Special Operations Forces (SSO), which is a branch of the military that is made up exclusively of Spetsnaz – special forces – troops.

Zenger News contacted the StratCom of the Armed Forces of Ukraine for further comment, as well as the Russian Ministry of Defense, but haven’t received a reply at the time of writing.

Russia invaded Ukraine on February 24 in what the Kremlin is calling a “special military operation.” July 14 marks the 141st day of the invasion.

Ukrainian President Volodymyr Zelensky has said that Russia has forcibly removed nearly 2 million people from the country. On the part of the U.S., Secretary of State Antony Blinken called for an immediate halt to Russian deportations of Ukrainian citizens.

The British Ministry of Defense has said that “the urban areas of Slovyansk and Kramatorsk likely remain the principal objectives” of the Russian forces in eastern Ukraine.