This footage shows a blue tractor pulling what appears to be an armored personnel carrier down a dirt track and along a road.
By Joseph Golder July 15, 2022
Facebook
Twitter
Linkedin
Email 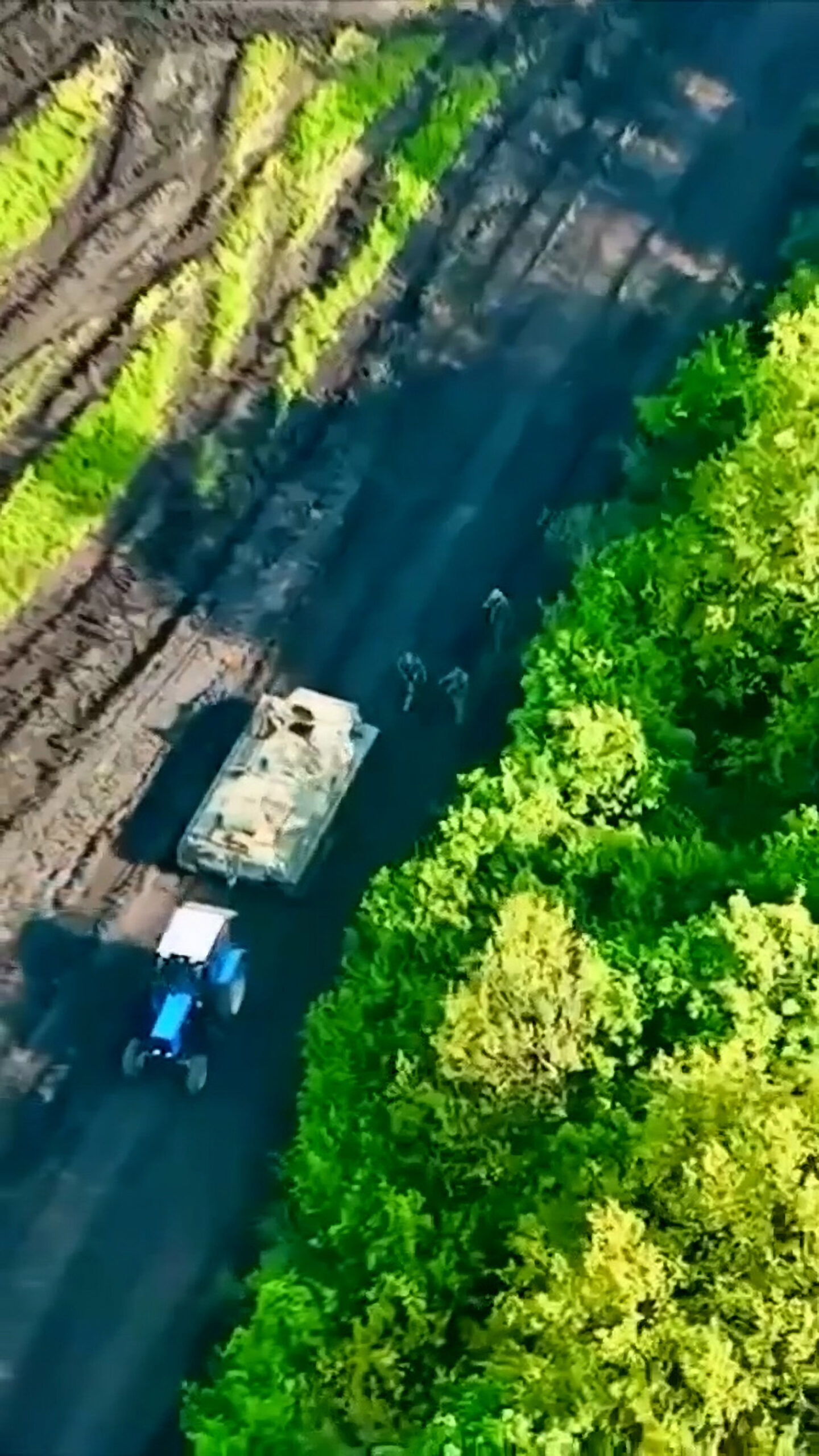 The Armed Forces of Ukraine seized another piece of Russian occupiers equipment and took it to their positions with the help of a tractor in Ukraine. (@GeneralStaff.ua/Zenger).

This footage shows a blue tractor pulling what appears to be an armored personnel carrier down a dirt track and along a road.

A Ukrainian soldier can be seen driving the tractor, with another serviceman behind the wheel of the seized vehicle, while another fighter can be seen sitting on top of it as it is escorted by three more soldiers.

The vehicle can be seen sporting a white ‘Z’ on its side. The ‘Z’ is one of the symbols, as well as the letters ‘V’ and ‘O’ that can be seen painted on Russian military vehicles taking part in the invasion of Ukraine.

The exact type of vehicle was not immediately clear but it appears to be an armored personnel carrier.

The footage was obtained from the General Staff of the Armed Forces of Ukraine on Tuesday, July 12, with them saying that they had seized “another trophy”.

The footage was also relayed by the Command of the United Forces of the Armed Forces of Ukraine, the National Security and Defense Council of Ukraine, as well as by the Verkhovna Rada of Ukraine, which is the Ukrainian parliament.

Russia invaded Ukraine on 24th February in what the Kremlin is calling a “special military operation”. July 14 marks the 141st day of the invasion.