The images were obtained from StratCom of the Armed Forces of Ukraine on Thursday, July 14. 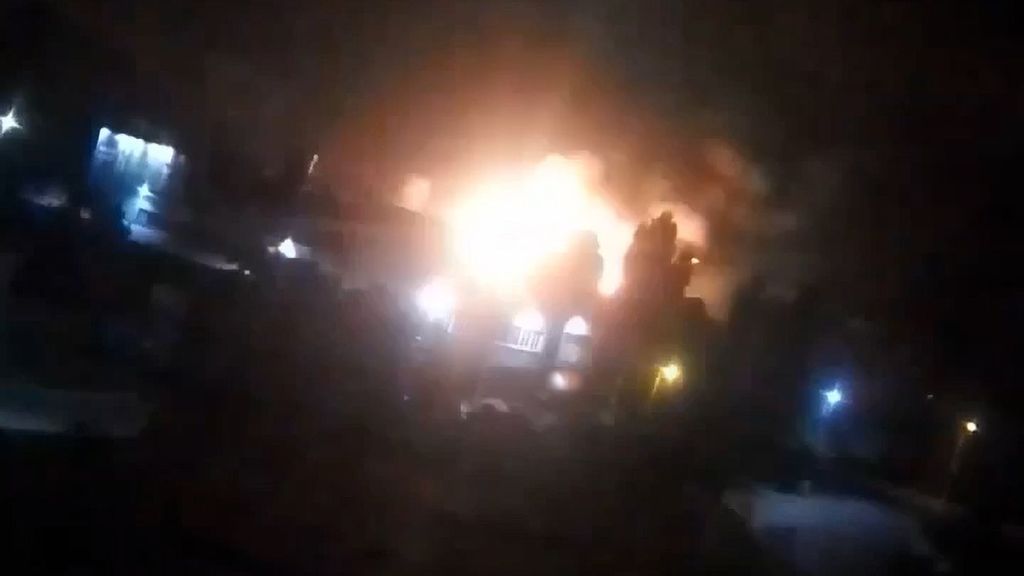 The Armed Forces of Ukraine have destroyed another ammunition depot in Nova Kakhovka in the Kherson region in Ukraine. (@AFUStratCom/Zenger)

The footage, filmed at night, shows one explosion after another as the target, which Ukrainian forces said was an ammunition warehouse, goes up in flames. The images were obtained from the Office of Strategic Communications (StratCom) of the Armed Forces of Ukraine on Thursday, July 14.

Nova Kakhovka is a city in the Kherson Region, in southern Ukraine. The Russian military has occupied much of the Kherson Region since March 2, when the regional capital city Kherson fell to the invading forces.

The move comes after the first building was destroyed by Ukrainian forces in Nova Kakhovka, while the Ukrainians are saying it was also an ammunition warehouse. Russia, meanwhile, denied this, claiming instead that homes and warehouses were hit, leaving seven people dead and about 80 injured.

The M142 High Mobility Artillery Rocket System (HIMARS) is a truck-mounted light multiple rocket launcher developed in the late 1990s for the U.S. Army. Missiles fired from HIMARS batteries have a range of as much as 190 miles.

We contacted the StratCom of the Armed Forces of Ukraine for further comment, as well as the Russian Ministry of Defense, but haven’t received a reply at the time of writing.

Russia invaded Ukraine on February 24 in what the Kremlin is calling a “special military operation”. Today marks the 141st day of the invasion.

The British Ministry of Defense has said that “the urban areas of Slovyansk and Kramatorsk likely remain the principal objectives” of the Russian forces in eastern Ukraine.

In a reversal of policy, Lithuania’s foreign ministry has said that it will allow sanctioned Russian goods to transit through its territory on their way to Russia’s Kaliningrad exclave.