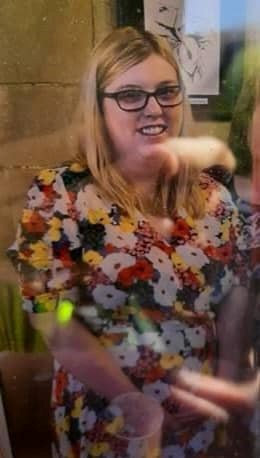 A husband has appeared in court and was charged with the murder of his wife, just six months after she had a baby via IVF. (Steve Chatterley, SWSN/Zenger)

A husband appeared in court on Wednesday, July 13, charged with the murder of his wife, just six months after she had a baby via in vitro fertilization (IVF).

Matthew Fisher, 29, is accused of murdering Abi Fisher, also 29, whose body was found in undergrowth following her disappearance, which sparked a police hunt.

Dressed in a prison issue grey jumper and jogging bottoms and wearing a face mask, he spoke only to confirm his name, age, and address at Magistrates Court in Leeds, a city in England’s north, in the United Kingdom.

He was not asked to enter a plea during the brief hearing and he will appear before Leeds Crown Court on Thursday, July 14.

Members of Abi’s heartbroken family were present for the hearing and wept as District Judge Charlotte Holland told Fisher: “This case is too serious to run in this court.

“You will be sent to Leeds Crown Court at 9:30 tomorrow. You will remain in custody until then.”

Abi had not been seen since she left her home in Castleford, West Yorkshire, in northern England, on Friday night, July 8.

Her family said her disappearance “completely out of character” and a major police search was launched.

But West Yorkshire Police confirmed on Monday, July 11, that they had found a body in undergrowth off Southmoor Road, near Brierley, South Yorkshire, the UK, over the weekend.

Tributes were paid to Abi, who was an elementary school teacher at Featherstone All Saints Church of England Academy, near historic Pontefract, near Wakefield in West Yorkshire, in the UK.

In a statement released by the school, head teacher Matthew Jones said: “She will be remembered as an enthusiastic, kind and caring teacher and colleague, who gave her all each day.

“In particular, her passion for science inspired countless children over the years – she made a real difference to so many lives.

“We are all devastated by Abi’s tragic death, and will continue to pray for her and her family.

“As a school we are supporting each other through this very difficult time.”

Abi and Matthew were married in 2017 and the pair had a baby girl just six months ago, following IVF treatments.

In an emotional tribute issued via police today, Abi’s family issued a photograph of her with her now motherless daughter.

In a statement, they said: “Our beautiful Abi. Words cannot describe how utterly devastated we are at the loss of you. We miss you dearly.

“We promise to make you proud every single day, and will continue to bring up your amazing little baby girl the way you would.

“Heaven may have gained an angel but we have lost you and that for us seems like the most unjust act to happen.

“We as a family would like to thank every single person who showed enough heart and love to look for our precious angel. Words will never describe how much this means.

“For now our beautiful angel. We love you so much.”