Results found only 39 percent know that suspicious sites can spread malware and viruses in their computer. 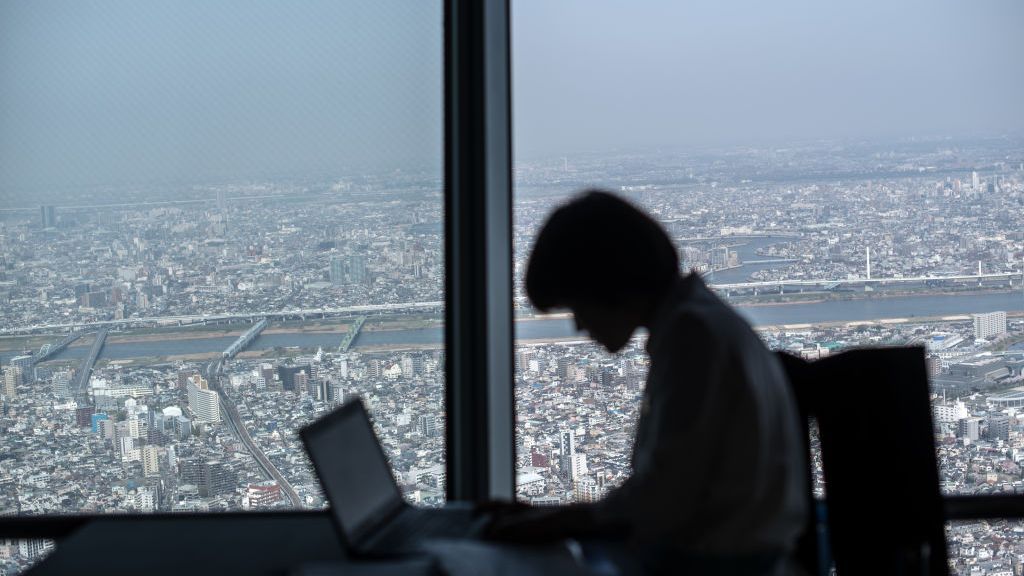 A cafe employee works on her laptop on the viewing platform of the Tokyo Skytree on March 29, 2018 in Tokyo, Japan. (Photo by Carl Court/Getty Images)

With every keystroke and search on the Internet, the amount of information – and potential threats – we can have at our fingertips is infinite. But even in 2022, how much do we really know about cybersecurity?

A recent survey of 2,000 U.S. adults found that while 70 percent of people feel knowledgeable about cybersecurity, the average person still stumbles upon a suspicious online site or social media account 6.5 times a day.

Conducted by OnePoll on behalf of AT&T, the survey also found 69 percent of consumers are confident they can identify suspicious websites at a glance – and share they know that these sites have potential risks for identity theft (45 percent).

But even with this in mind, consumers admit to intentionally visiting unverified sites – identifiable as websites with many pop-ups, no “s” in the http to define “secure,” etc. – to stream large sporting events, such as the U.S. Open and Major League Baseball games (38 percent), or to download a hard-to-find song or video game (37 percent) and even to buy necessities for a big discount (36 percent).

And when it comes to their password security, most people are reactive rather than proactive (34 percent), only taking action when they’re alerted of a login from another device.

Forty-two percent of respondents also admit to using the same password across multiple logins, and 31 percent even use their birthday as their password.

“One way people can help mitigate their cybersecurity risks across the home is by using a VPN, or virtual private network, to encrypt their data and prevent potential hackers from tracking their online activity.”

To add to the ever-evolving risks brought upon by cyberspace, respondents noted having an average of about eight connected devices at home, such as smart TVs, thermostats and doorbells. And nearly half (47 percent) who use these devices consider them to be a security risk.

Nearly half (48 percent) said they’ve gotten an email from someone they don’t know telling them to click on something, and 47 percent received an email or text message about winning a sweepstake or raffle they didn’t enter.

Forty-five percent have even gotten a phone call from someone claiming to be from a government agency — an especially troubling statistic, given that 36 percent are more willing to reply to a message from someone they don’t know if it looks like it’s from an official organization.

Security risks are always going to be a part of the internet experience. But maintaining a proactive approach while also leveraging the security technology we do have at our disposal will only help mitigate those risks.

“Combining your own proactive security habits with an internet service provider that offers security features such as identity monitoring, malicious site blocking and anti-virus scanning can help protect you against potential threats and provide peace of mind for your overall connected experience,” Goodell added.