The video was obtained from the Russian Ministry of Defense (MoD).
By Joseph Golder July 15, 2022
Facebook
Twitter
Linkedin
Email 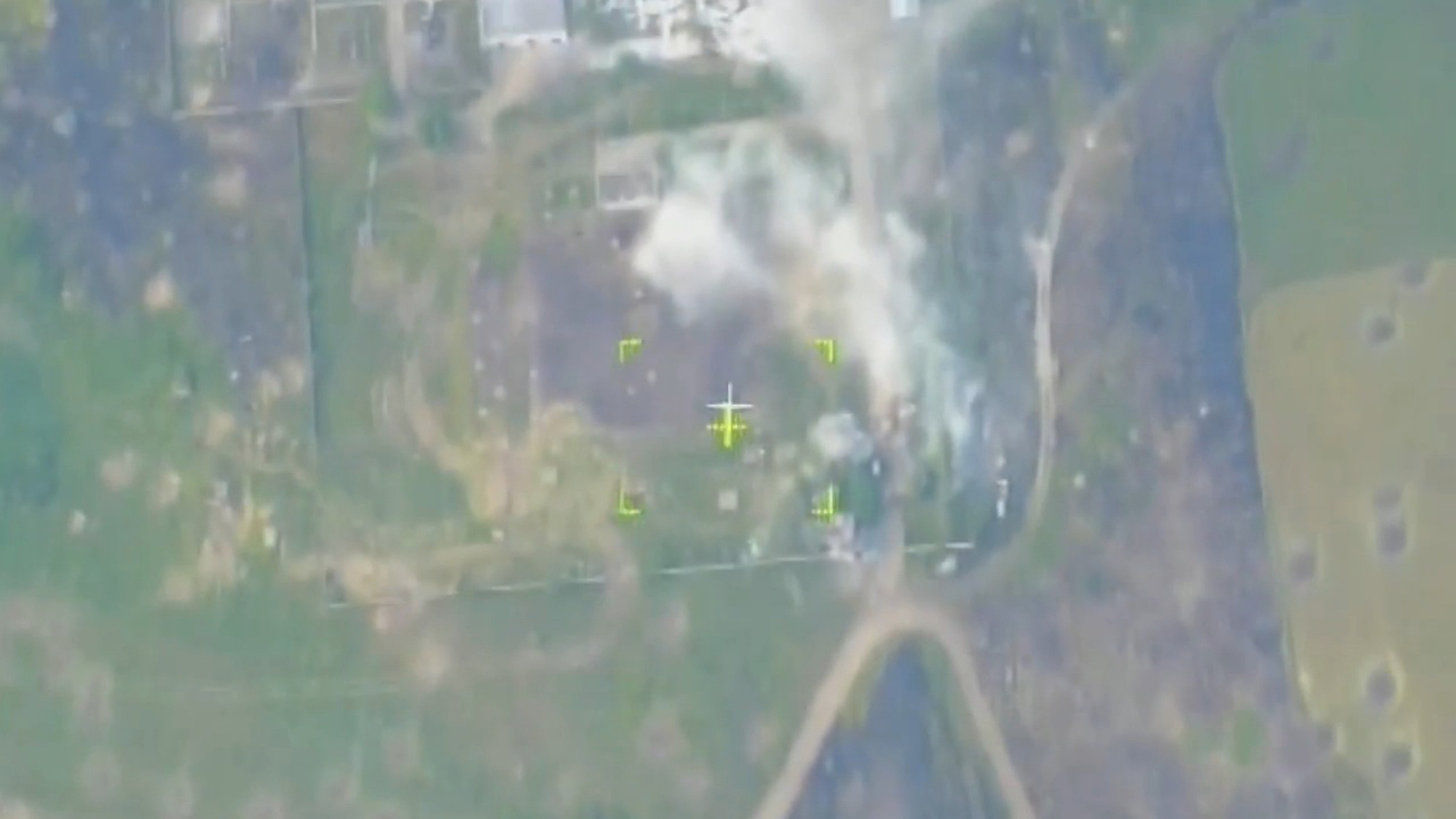 Missiles Strikes of the Russian Armed Forces on the military facilities and positions of the Ukraine Armed Forces in Ukraine. (Ministry of Defense of Russia/Zenger)

Russia claims to have hit Ukrainian forces with missile strikes, as this footage showing a mushroom cloud looming in the sky after a large explosion purports to show.

The images were obtained from the Russian Ministry of Defense (MoD) on Wednesday, July 13, along with a statement which claimed (in English) that “High-precision air-based missiles destroyed over 350 AFU soldiers and 20 units of military equipment of Kakhovka task force reserve at a shipyard in Nikolaev city.

“As a result of high-precision weapons strike of the Russian Aerospace Forces on a temporary deployment point of artillery battalion of 59th Motorized Infantry Brigade in the eastern Nikolaev city, up to 70 servicemen of AFU artillery units, 10 2S1 Gvozdika self-propelled howitzers and over 10 units of vehicles and special equipment were destroyed.

“Sabotage and reconnaissance group of 242nd battalion of 241st Territorial Defense Brigade transferred from Kiev has been eliminated near Dementiyevka, Kharkov region. 5 militants killed on the spot and 10 more Ukrainian servicemen captured.

“As part of counter-battery fighting, 1 platoon of Uragan multiple rocket launchers have been destroyed at firing positions near Kostantinovka in Donetsk People’s Republic.

“Operational-tactical and army aviation, missile troops and artillery have neutralized 11 command posts, 102 areas of artillery units at firing positions, as well as 123 areas of AFU manpower and military equipment concentration.

“Russian fighters have shot down 3 aircraft of Ukrainian air force in the air: 1 Su-25 and 1 Su-24 near Novoukrainka and Barvenkovo in Donetsk People’s Republic, as well as 1 MiG-29 near Bashtanka in Nikolaev region.

Russia invaded Ukraine on February 24 in what the Kremlin is calling a “special military operation.” July 13 marks the 140th day of the invasion.

The U.S. Treasury announced on Tuesday that it was sending an additional $1.7 billion in economic aid to Ukraine.

Russian President Vladimir Putin is set to visit Iran next week to hold talks in Tehran with Turkish President Recep Tayyip Erdogan. The meeting comes as the U.S. accuses Iran of preparing to provide Russia with hundreds of military drones for use in Ukraine.