Human skeletal remains were found at a rural scrapyard three years ago next to a pair of distinctive leather cowboy boots. 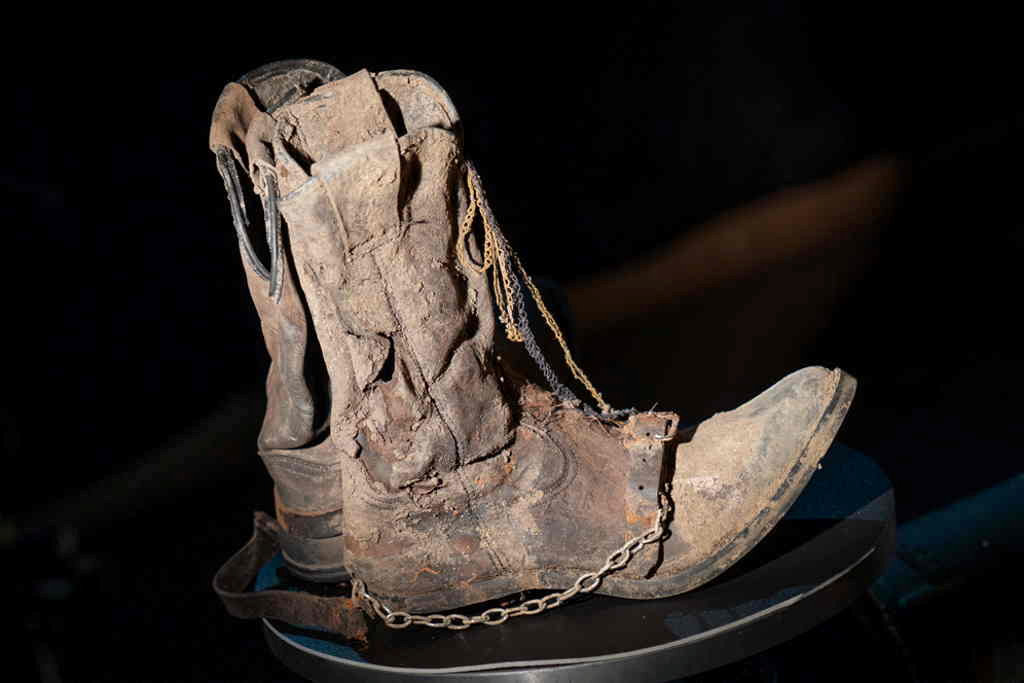 Detectives today announced they had finally identified the body of a man last seen alive nearly 20 years ago - and believe he was murdered. (Matthew Newby, SWNS/Zenger)

Detectives have announced that they have finally identified the body of a man last seen alive nearly 20 years ago – and believe he was murdered.

Human skeletal remains were found at a rural scrapyard three years ago next to a pair of distinctive leather cowboy boots.

The remains were found alongside a pair of brown cowboy boots at the scrapyard in St. Osyth, near Clacton-on-Sea, in Essex County in the east of England, in the United Kingdom, on April 25, 2019.

Police announced on Wednesday, July 13, that they had established that the skeleton belonged to William “Bill” Long, and that they are treating his death as a murder.

Detective Inspector Kevin Hughes said: “Bill’s family have been told and they now have the chance to lay him to rest.

“They have questions about what happened to him and our focus now is to get them answers.”

Detectives used DNA samples from the skeletal remains to identify Bill, whose most recent address was Great Bentley, Essex, the United Kingdom.

Bill’s sister Patricia said that she hadn’t had contact with her brother since their father died 26 years ago.

Patricia said in a statement: “After our father died in 1996, we lost contact with Bill and we’re desperate for information about what happened to him.

“He was vulnerable and an easy target for scammers and we feel so guilty that we didn’t go back to Jaywick to make sure he was ok.

“The next thing we knew was when detectives came and told us Bill’s remains had been found.

“It’s so difficult to deal with grief and guilt when we don’t know what happened.

“If you are afraid and want to remain anonymous this can be arranged. Please help us with anything you know.”

Essex Police have asked anyone with information to contact them quoting crime reference number 42/64620/19.

Detective Inspector Hughes said: “We’re keeping an open mind as to what happened to Bill and how he came to be where he was found.

“I need anyone who knew Bill, saw him, spoke to him or has any information about him or his life at the time he was last seen to come forward and speak to my team.”

According to British charity Crisis, at Christmastide 2021, there were nearly 230, 000 households across Britain experiencing homelessness, sleeping rough on the streets, in cars or sheds or other unsafe accommodation.