Quinn recently rose to fame for his role as Eddie Munson in the hit Netflix TV series. 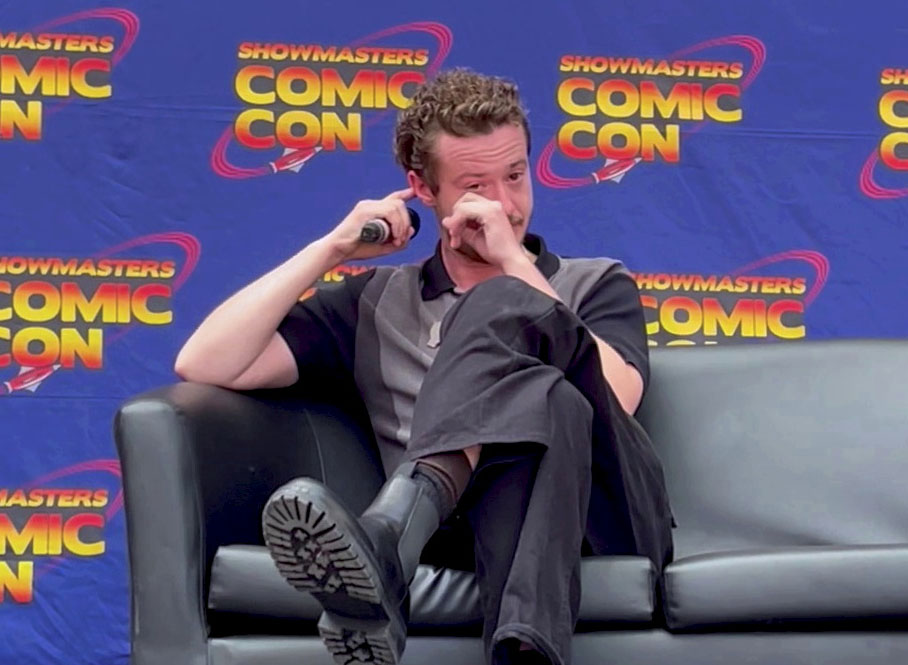 Netflix actor Joseph Quinn broke down in tears at the London Film and Comic Con - after becoming overwhelmed with support from fans. (Samantha Langer,SWNS/Zenger)

Stranger Things actor Joseph Quinn broke down in tears at the London Film and Comic Con – after becoming overwhelmed with support from fans.

The Stranger Things star, 29, couldn’t contain his emotions during his first ever Comic Con appearance at the Olympia exhibition center in the UK capital London over the weekend.

Quinn recently rose to fame for his role as Eddie Munson in the hit Netflix TV series.

In the video, which was filmed on Sunday, July 10, he can be seen getting emotional on stage after one fan expressed her thanks to him for giving time to the fans at the busy convention.

She also refers to an incident the day before, where Comic-Con staff allegedly rushed Quinn’s meet and greet – preventing him from interacting with fans.

The fan said: “Hi, mine’s not really a question; it’s more an extension of gratitude, really.

“I’m sure a lot of us have heard what happened yesterday, whether it’s true or not, about how you were treated.

“I won’t really comment on it; I just wanted to say thank you from all of us – we’re really grateful you’re sharing the time.

She added: “Thank you for signing our things, spending time with us, and making our summer.

“I think we’ve all connected with Eddie for one reason or another.”

Quinn replied jokingly, “Ah why did you do that?” before wiping a tear from his eye.

He went on to say: “That’s very kind of you, thank you for your kind words.”

An eyewitness said: “The day before, Comic-Con staff weren’t letting him interact with fans, sign autographs, or do anything – they were treating him like a child.

“So when the girl next to me stood up and thanked him, he got overwhelmed.

“In that moment I think he saw the amount of love people had for him and his character.”

In the fourth season of Stranger Things, Quinn plays Eddie Munson, the leader of the Hellfire Club, which is the Hawkins High School’s Dungeons & Dragons club.

He likes to play electric guitar and is friends with one of the other main characters, Dustin Henderson, who is played by Gaten Matarazzo.

Eddie becomes the main suspect in the murder of Chrissy Cunningham, who dies in his trailer at the beginning of the season.