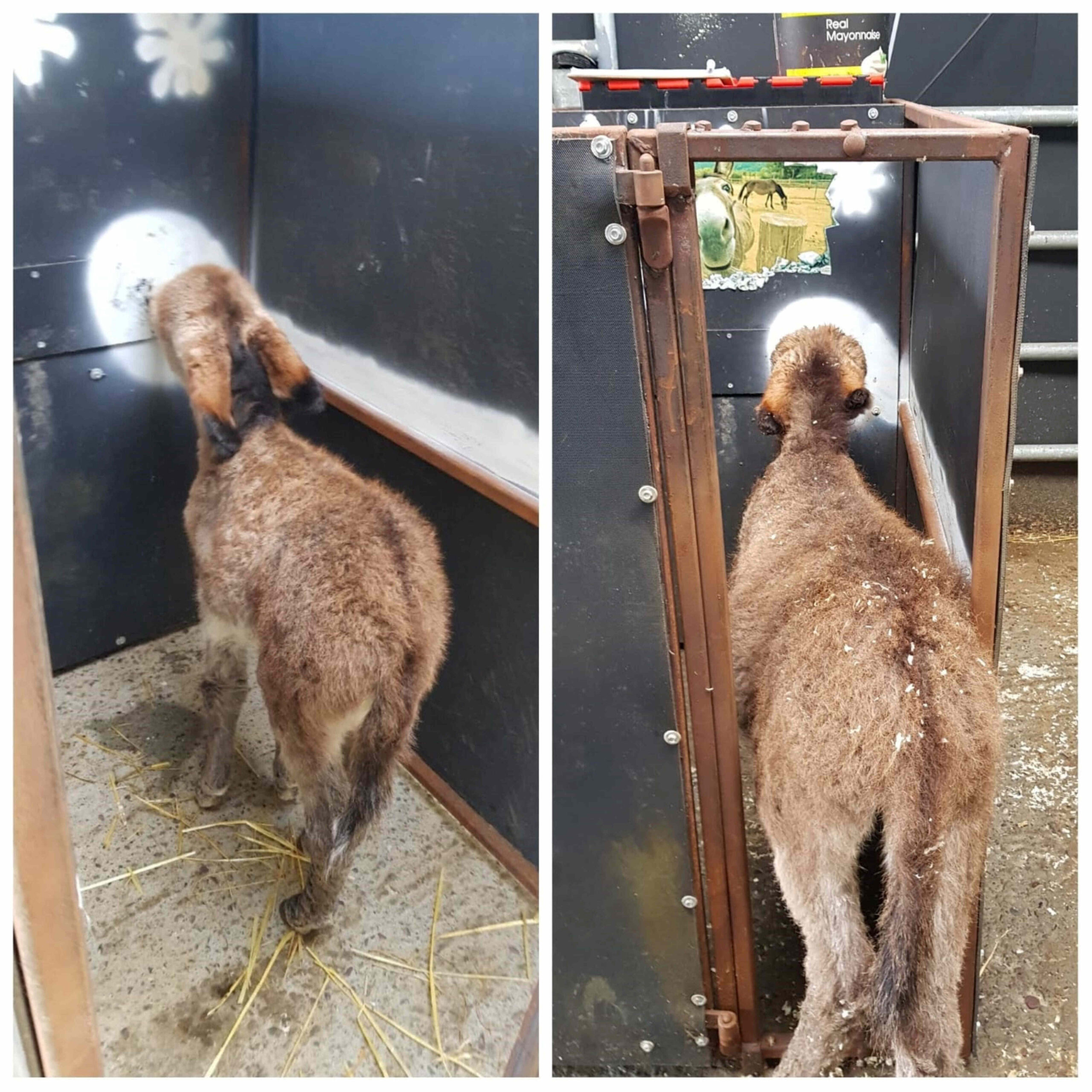 A donkey charity has developed a pioneering new feeding aid for orphaned foals - to help them grow. (Matthew Newby, SWNS/Zenger)

A donkey charity has developed a “pioneering” new feeding aid for orphaned donkeys- to help them grow.

The new feeding system not only allows foals (baby donkeys) to self-administer their own feeding – but research also shows it could promote healthier growth and development.

It was created by the animal welfare charity called The Donkey Sanctuary, located in the picturesque English county Devon, in the United Kingdom.

This is majorly due to incorrect handling – such as being pushed away, which the foal then views as positive and playful attention.

The automatic feeding system consists of a plastic tube that leads from an enclosed milk bucket to a lamb bottle teat – attached to a stable door.

Ben Hart, The Donkey Sanctuary’s Senior Lead Behavior and Human Behavior Change, said: “Although rare, orphaned foals are one of the greatest challenges to equine care and welfare.

“Hand rearing is often the only option for equine sanctuaries when an orphan arrives.

“However, too much inappropriate handling from humans can result in behavioral issues as the foal grows.”

One foal who has seen the positive effects of the invention is Sam, an orphaned donkey who came into the charity’s care at just one week old.

Sam was initially hand fed with bottle feeds every three to four hours, but the team caring for him noticed potentially concerning behaviors developing – such as rising up on its hind legs and biting in a playful manner.

The decision was then taken to adapt the artificial suckling system – so that Sam’s milk can be accessible 24 hours a day.

Before long, Sam was flourishing – showing hardly any signs of these negative behaviors and recently reached the age to be rehomed.

Mr. Hart added: “Developing this artificial feeding system, which mimics the natural environment, is a great example of how team collaboration, academic excellence and lateral thinking can significantly improve not only the health, welfare and behavioral development of donkeys in our care but also equines around the world who can learn from our pioneering work.”

The idea came from one of the charity’s grooms who had experience in the agriculture sector and had previously seen an artificial suckling system used to rear newborn lambs.

The artificial feeding system is now being used to help other orphan foals across the UK.